As you are aware the GDS Committee Report was submitted to the Government on 24th November 2016 by the Kamalesh Chandra Committee. NFPE conducted two days protest demonstration on 5th & 6th December 2016 demanding immediate publishing of the Report.

Entire Postal Employees are agitated over the unjustified delay in publishing the Report.

All Circle/Divisional Secretaries of NFPE / AIPEU GDS are requested to conduct protest demonstrations in front of all offices from 18th January onwards.

Please give wide publicity among all employees, especially among GDS employees

Notice for the meeting of the NJCA 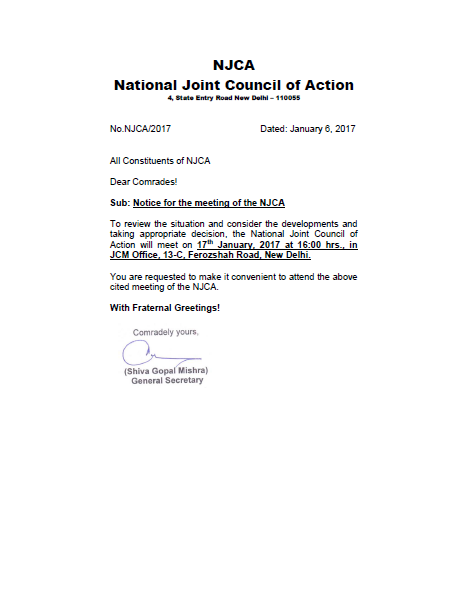