Postal JCA comprising , NFPE,FNPO , AIPEU-GDS and NUGDS was held at Jantar Mantar , New Delhi on 4th October-2019 for settlement of 25 Points Charter of demands ( a new demand added was implementation of Supreme Court Decision on payment of two additional increments to Postmen  Staff   from 01.01.1996).

Department gave a written reply which is exhibited below:

Besides this some important information given during the discussion in meeting are as below:

1.    In future the Recruitment of PA/SA Cadre will be conducted by the Department itself. This was our demand since long and Secretary (P) Shri A.N. Nanda, had assured in our last AIC held at Bangalore in August-2017. The problem of delay in recruitment by SSC will be mitigated.

2.    For filling up of vacant posts of HSG-II and HSG-I , Department has submitted a concrete proposal to DOPT to grant one time relaxation as was given earlier. It has been told by officers of our Department to DOPT that there will be no  financial implications in it so most probably the proposal will be accepted and approved by DOPT early.

3.    Adequate budget is being allotted under head MR and TA very early.

4.    Cash conveyance limit to Postmen is also being revised.

5.    Proposal for enhancement of OSA to RMS Staff has been sent to Finance Ministry for approval.

6.    Cadre restructuring proposal for RMS has been sent to Finance Ministry.  Regarding MMS it will again be sent after approval of its recruitment rules.

7.    Committee on special allowance for PO & RMS Accountants is going to give its report positively very soon.

9.    IP Examination may be postponed keeping in view the AIC of AIPE Union Group-C and ongoing Assembly Elections in Maharashtra and Haryana.
24 POINT CHARTER OF DEMANDS Submitted by Postal Joint Council of Action vide their letter dated 15-07-2019 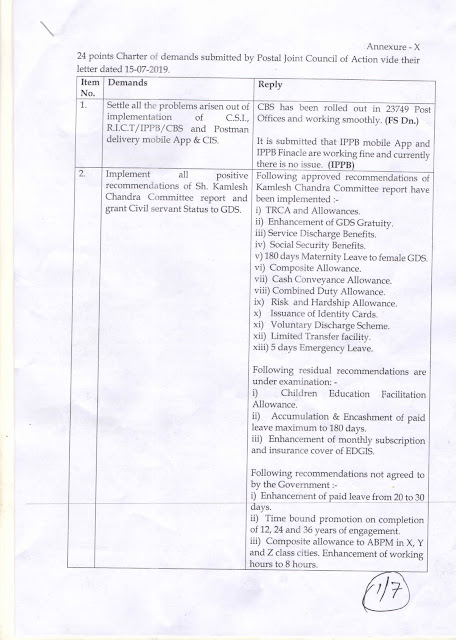 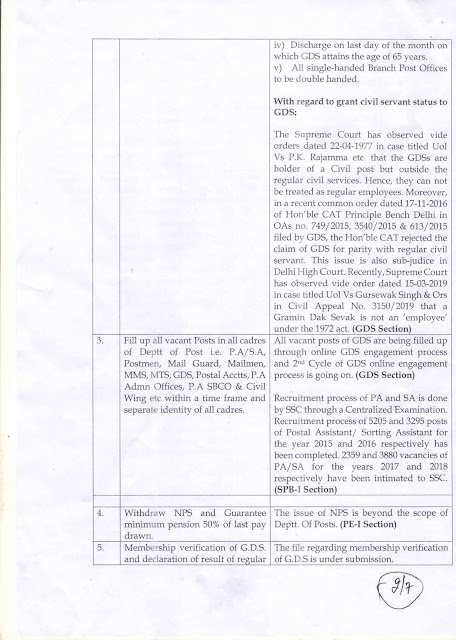 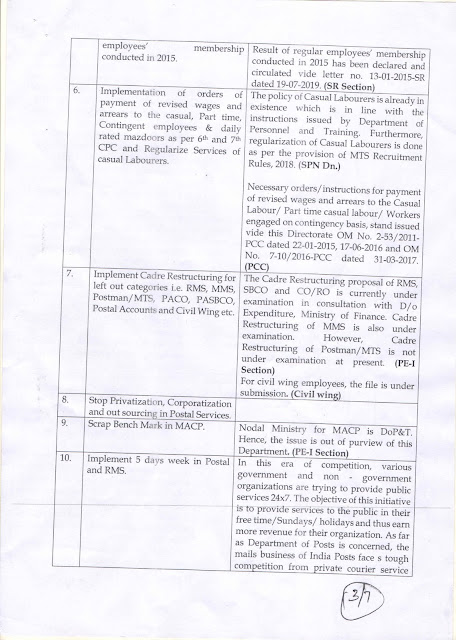 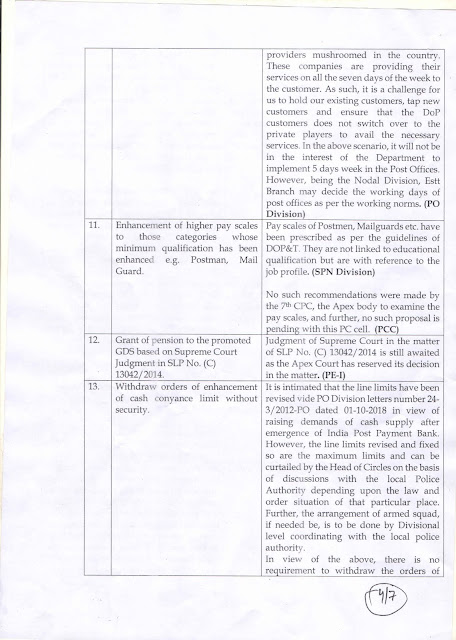 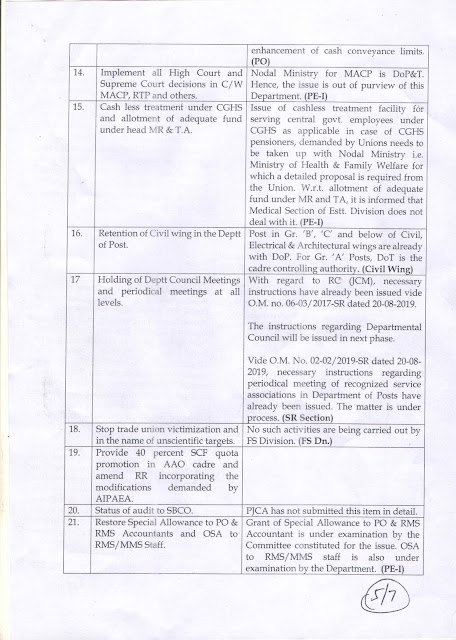 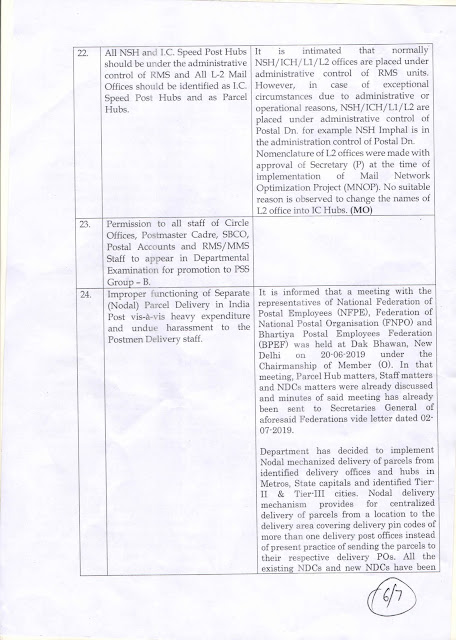 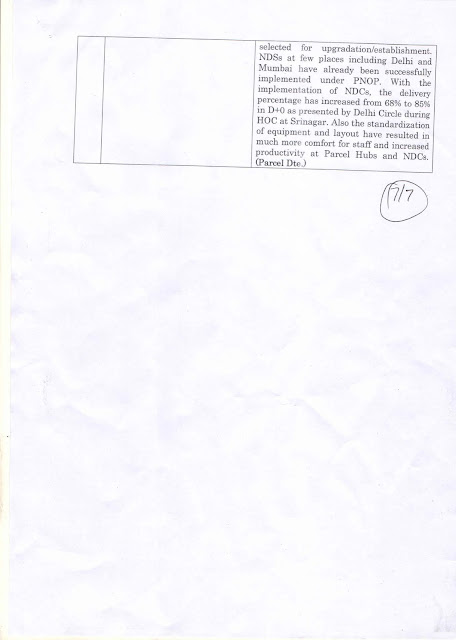