Click here to see Results
DIAMOND JUBILEE AND TASK AHEAD
One year long nationwide Diamond Jubilee Celebrations of National Federation of Postal Employees (NFPE) which commenced on 24th November 2013 at New Delhi is coming to a grand finish on 23rd and 24th November 2014 at Dwarka (Gujarat).  NFPE has already celebrated the Golden Jubilee of Postal Trade Union movement in the year 2004 at Thiruvananthapuram, marking the 100th year of establishing “Postal Club” at Kolkata by Late Com. Babu Tarapada Mukherjee, the founder father of Postal Trade Union, which was later on converted by him as All India Postal and RMS Employees Union.  NFPTE was formed on 24th November 1954, in a massive convention held at Vinay Nagar, New Delhi.  After bi-furcation of Postal and Telecom, the name of Postal Federation is changed as NFPE.
When we celebrate 60th year of our glorious organisation, we should pledge to re-dedicate ourselves not only for fighting for the cause of five lakhs Postal and RMS employees including Gramin Dak Sevaks but also for the cause of entire Central Government employees and the suffering masses of our country and the world.
We should inherit the legacy of our great leaders and follow their footsteps - their dedication, commitment, sacrifice, knowledge, militancy, courage, honesty, concern and respect for the fellow workers and seniors, giving topmost priority to individual grievances, democratic and transparent functioning, oraganisational discipline, building up trade union consciousness, social consciousness, political consciousness and above all class consciousness.
We have been fighting against the neo-liberal policies of the Government, right from its beginning from 1991 onwards.  We conducted many heroic struggle against downsizing, outsourcing, contractorisation and privatization.  We succeeded in compelling the Government to lift the ban on recruitment and filling up of all vacancies, we succeeded in preventing the Government from implementing its order for closure of 9797 Post offices, we succeeded in halting Mckinsey recommendations and Mail Network Optimisation Project (MNOP) for closure of about 300 RMS Offices.  We could successfully prevent the Government from amending the Indian Post Office Act and giving license to multi-national courier services.   Our fight for emancipation of three lakhs Gramin Dak Sevaks has not yet reached its finality.  We have to complete our unfinished task.
Seventh Central Pay Commission has commenced its work.  Our demands for DA merger, Interim Relief, Inclusion of GDS under 7th CPC, date of effect from 01-01-2014, scrapping of new pension scheme, parity in pension etc. are still pending.  Government, whether it is UPA or NDA, is totally negative to our genuine demands.  Our struggle under the banner of NFPE and Confederation of Central Government Employees and Workers is to be further intensified.
Eventhough we have submitted detailed memorandum to 7th CPC for better wages and service conditions, neither the 7th CPC nor the Government shall concede our demands, unless we mobilize the workers at all levels in a serious and determined manner and create sanction behind our demands.
Thus the message of Diamond Jubilee of NFPE is loud and clear.  We have to continue our struggle against the anti-labour, anti-people policies of the Government, we has to fight against the neo-liberal reforms in the Central Government employees sector, we have to conduct bigger form of trade union action including indefinite strike for realization of the demands of the Central Government employees and Postal employees including Gramin Dak Sevaks.  We shall not rest till the dreams of our founder leaders are fulfilled.
DIAMOND JUBILEE CELEBRATIONS OF GUDUR DIVISION AND FALCITATION OF COM. M. KRISHNAN, EX. SECRETARY GENERAL NFPE. 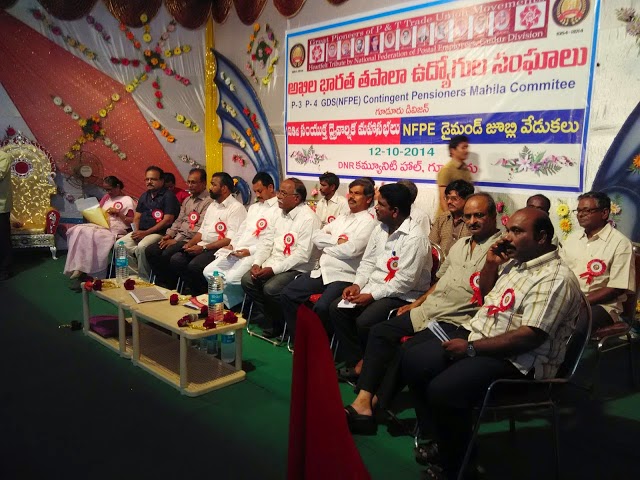 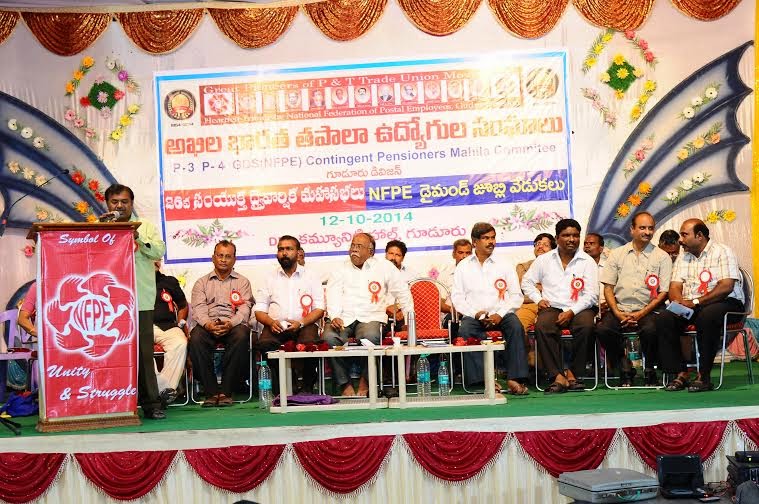 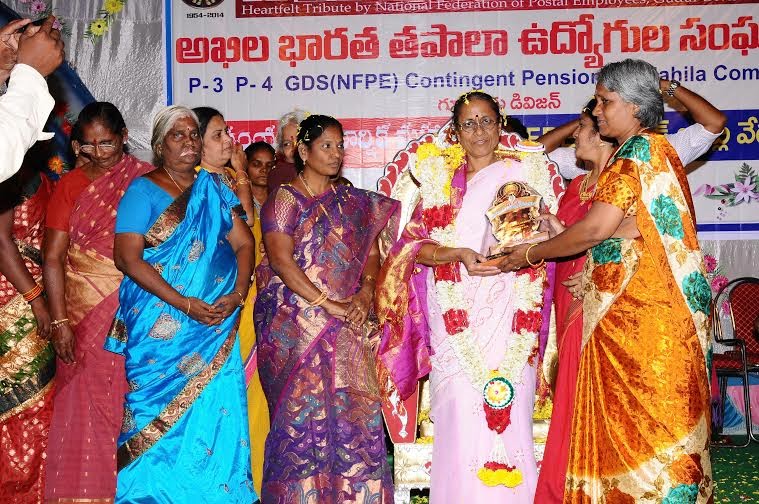 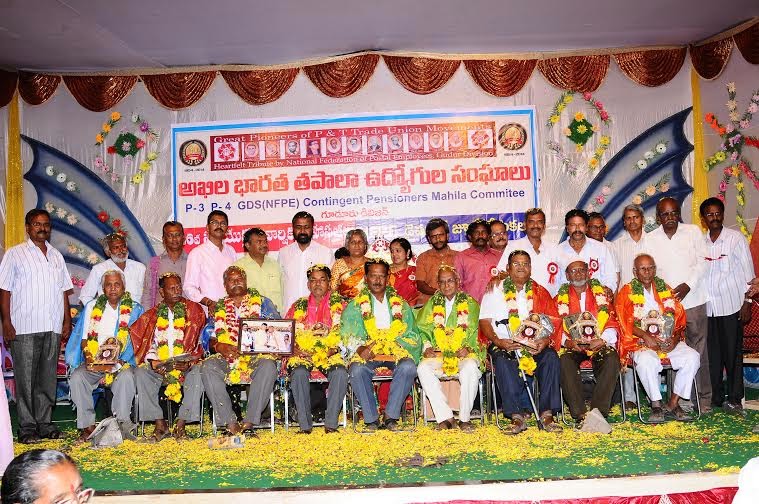 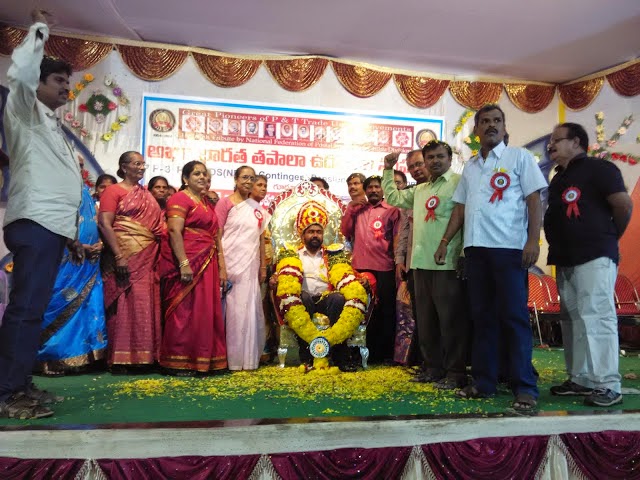 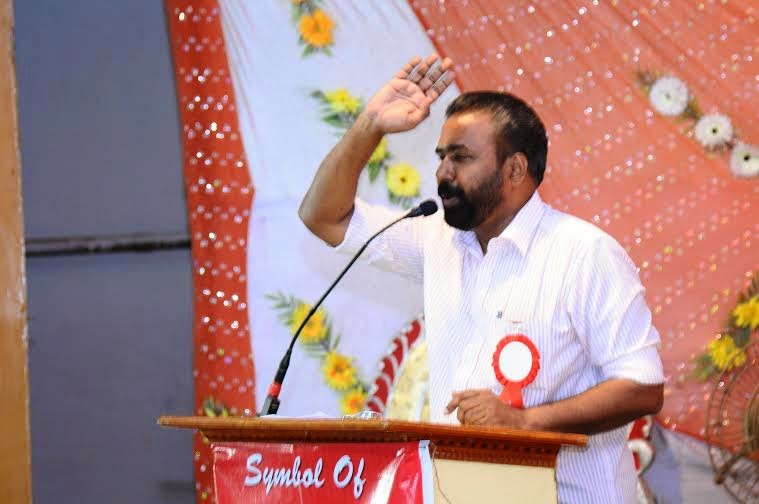 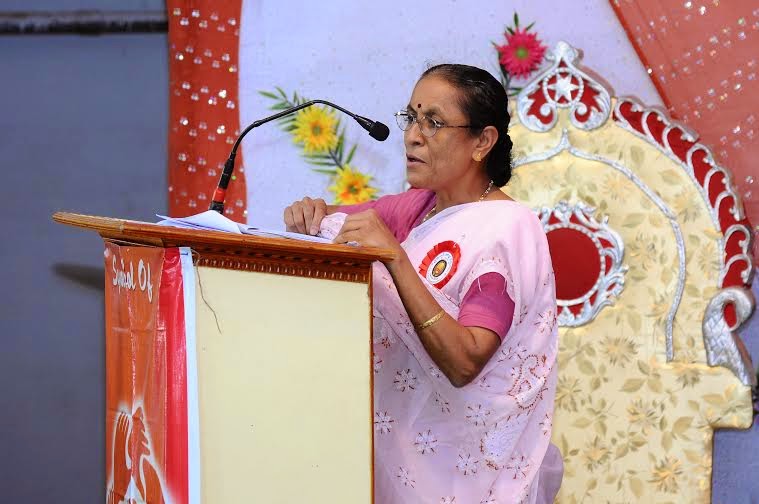