CLICK HERE to viewUPU News : FORUM ON THE INTERNET OF POSTAL THINGS

The development of the Internet of Things — sensor technologies that enable physical objects to collect and communicate data via the Internet in real-time — is the latest in a series of technology revolutions that have the potential to radically change how postal organizations drive innovation, efficiencies and customer satisfaction.
By 2020, there could be as many as 80 billion internet-connected devices continuously collecting and communicating data helping organizations increase productivity, cut costs and develop new products. Postal operators, with their unparalleled physical presence and interconnected global network, are ideally positioned to benefit from the opportunities offered by the Internet of Things. In the future, the possibility of equipping the postal infrastructure with low-cost sensors – The Internet of Postal Things – will exponentially expand the capability of postal operators to collect valuable data able to improve operational, , and strategic decision-making. During this forum, experts, postal organizations and industry representatives will define the Internet of Things and discuss what opportunities it presents for global postal operators.POSTAL JCA - FIVE DAYS DHARNA PROGRAMME COMMENCED ON 27/10/2014 IN ODISHA CIRCLE IN FRONT OF CHIEF PMG OFFICE, BHUBANESWAR 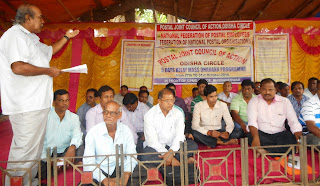 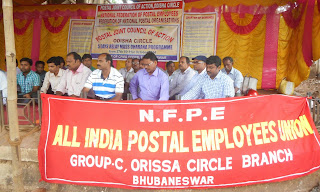 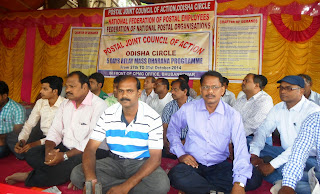 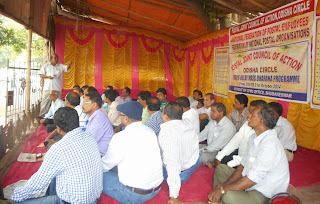 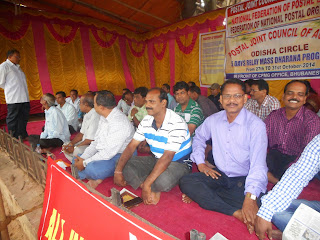 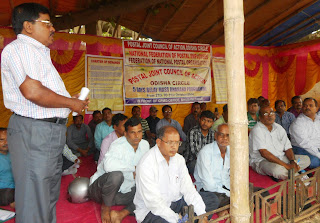 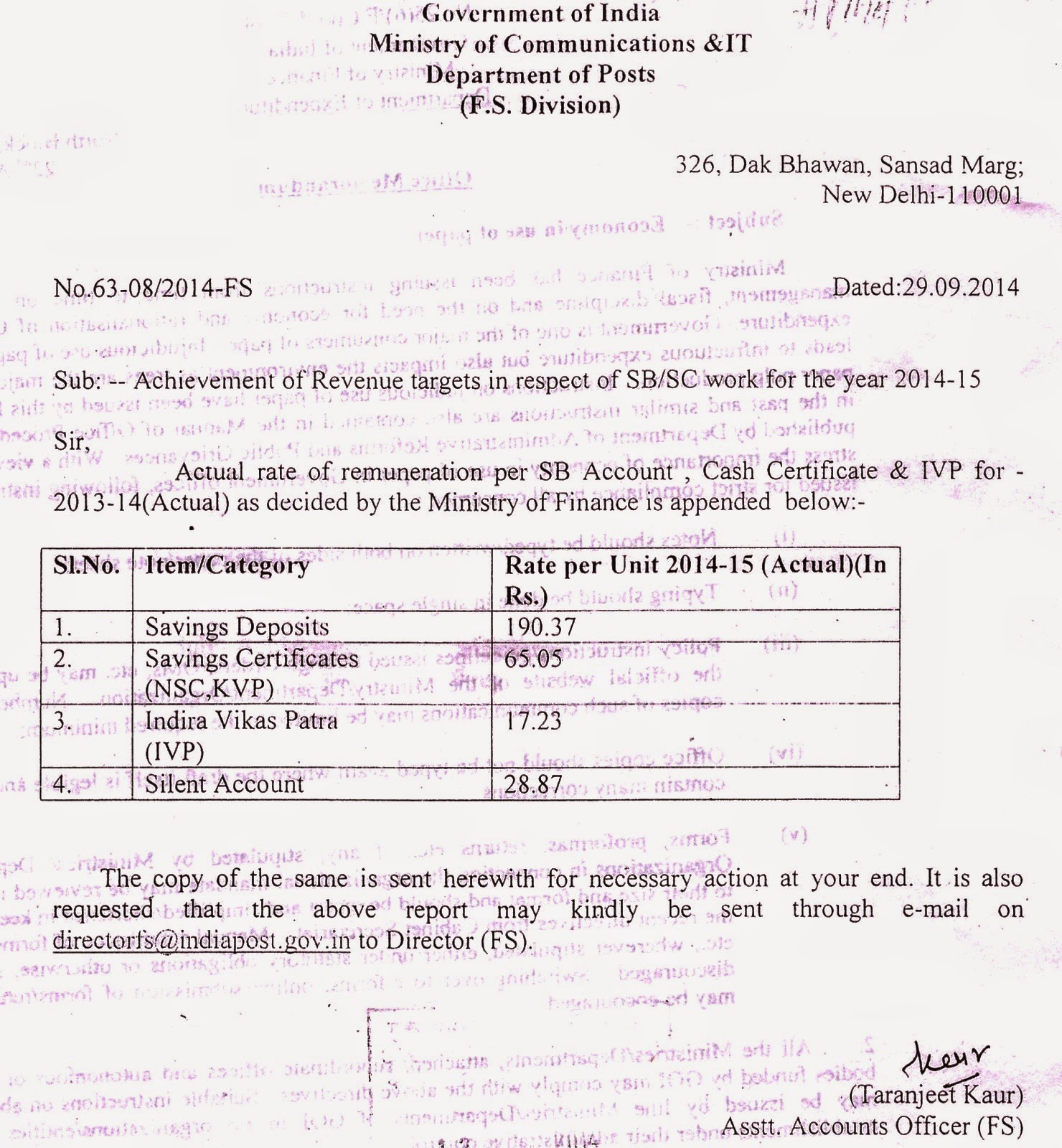 Trade unions to hold joint protest against labour laws reformsNew Delhi: All central trade unions will hold a nationwide stir on December 5 to protest against the labour reforms initiated by the Narendra Modi government.
"Protest rallies will be taken out in all state capitals and in Delhi as the proposed reforms are against the interest of the working class," general secretary of All India Trade Union Congress (AITUC) Gurudas Dasgupta said.    "The reforms are pro-corporate and anti-worker. The reforms will give rise to low wages and negligible security cover to the workers. A worker can be hired at will and thrown out," he said.    After the proposed amendments, 70 percent of small and medium enterprises will remain out of the purview of the labour laws, he added.    Prime Minister Narendra Modi had on October 16 unveiled a string of labour reforms, including measures to end 'inspector raj', asserting that ease of doing business is "essential" to ensure 'Make-in-India' campaign is successful.    Union leaders said with the end of the inspection raj, companies who are not implementing the labour laws will stand to benefit the most.    Left parties such as CPI(M) have already slammed the reform measures, saying the Modi government would continue to serve the interests of the employers in the name of labour reforms and its 'Shramev Jayate' programme meant "nothing much" for the working class.    The party has given its support to the protest actions by the central trade unions and national federations of employees against the "anti-worker amendments in labour laws".
The unions are also opposing disinvestment of PSUs and allowing FDI in defence production, railways and insurance, said Centre of Indian Trade Unions (CITU) president A K Padmanabhan.
Conducting of LDCE for promotion to the cadre of Inspector Posts (66.66%) Departmental quota for the year 2014 and LGO Examination, 2014Department of Posts (DE Section) Letter No.A-34012/04/2014-DE dated 17/10/2014.
LDCE for promotion to the cadre of Inspector Posts for the year 2014.


LDCE for promotion of LGOs to the cadre of Postal Assistants / Sorting Assistants for the year 2014.