Extension Ad-hoc Recognition of Service Association of employees of N/S Departmental Canteens/TRs of Central govt. Offices under CCS (RSA), Rules 1993 –regarding (Click the link below for details)
http://ccis.nic.in/WriteReadData/CircularPortal/D2/D02adm/XXX.pdf

Confederation CHQ has decided to publish a book on Com Vyasji, who had been the Secretary General & President of Confederation for about 45 years. Interested leaders and other comrades are requested to send their BRIEF WRITE-UPS ON THE RARE AND SPECIAL INCIDENTS/ MOMENTS EXPERIENCED BY THEM IN CONNECTION WITH COM:  VYASJI'S TRADE UNION LIFE. Photographs of Com. Vyasji, which deserves special attention, may also be sent. All write-ups and photos should reach Confederation CHQ (1st Floor, North Avenue Post Office, New Delhi- 110001) on or before 31st March 2015. All are requested to send by EMAIL ALSO (confederationhq@gmail.com OR mkrishnan6854@gmail.com).

ONLY SELECTED ITEMS WILL BE PUBLISHED

Please read the circular No. NC-JCM/2015/S.C dated 28.02.2015 of JCM National Council Staff Side regarding discussion with 7th CPC exhibited in Confederation website. Please furnish the following information immediately by e-mail (confederationhq@gmail.com OR mkrishnan6854@gmail.com).

1.     Name of the organization which has submitted its memorandum to CPC with date of submission.
2.     Under which Ministry the Department function
3.     Whether the organization is recognized or not
4.     The number of employees, whom the organization represents.
5.     The total – Group ‘C’ and Group ‘B’ Non Gazetted – strength of the concerned Department.

PLEASE TREAT IT AS MOST URGENT

Minutes of the meeting of the Standing Committee held on 7th May, 2014. (Click the link below for details)
http://ccis.nic.in/WriteReadData/CircularPortal/D2/D02est/JCM-07052014.pdf 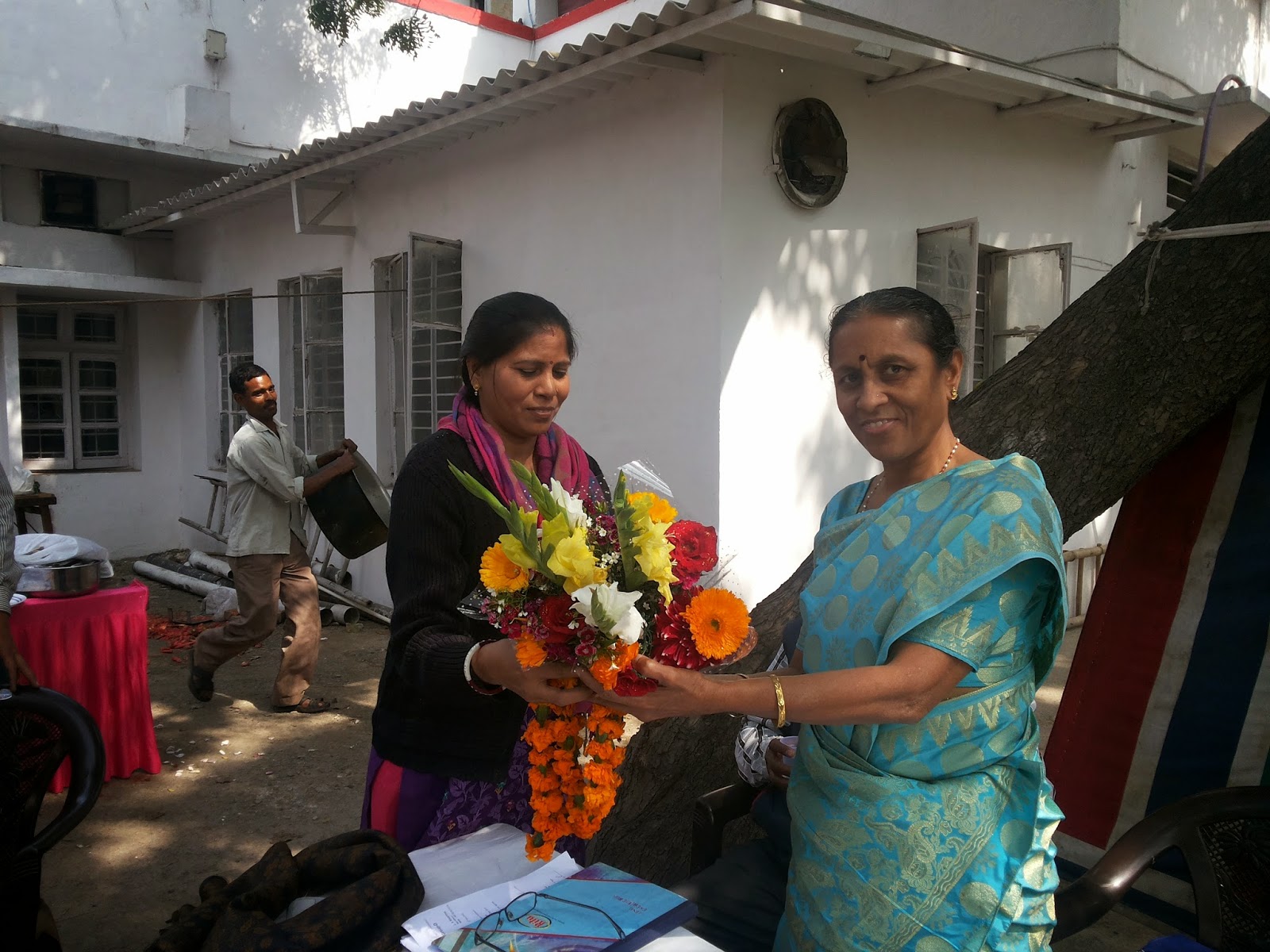 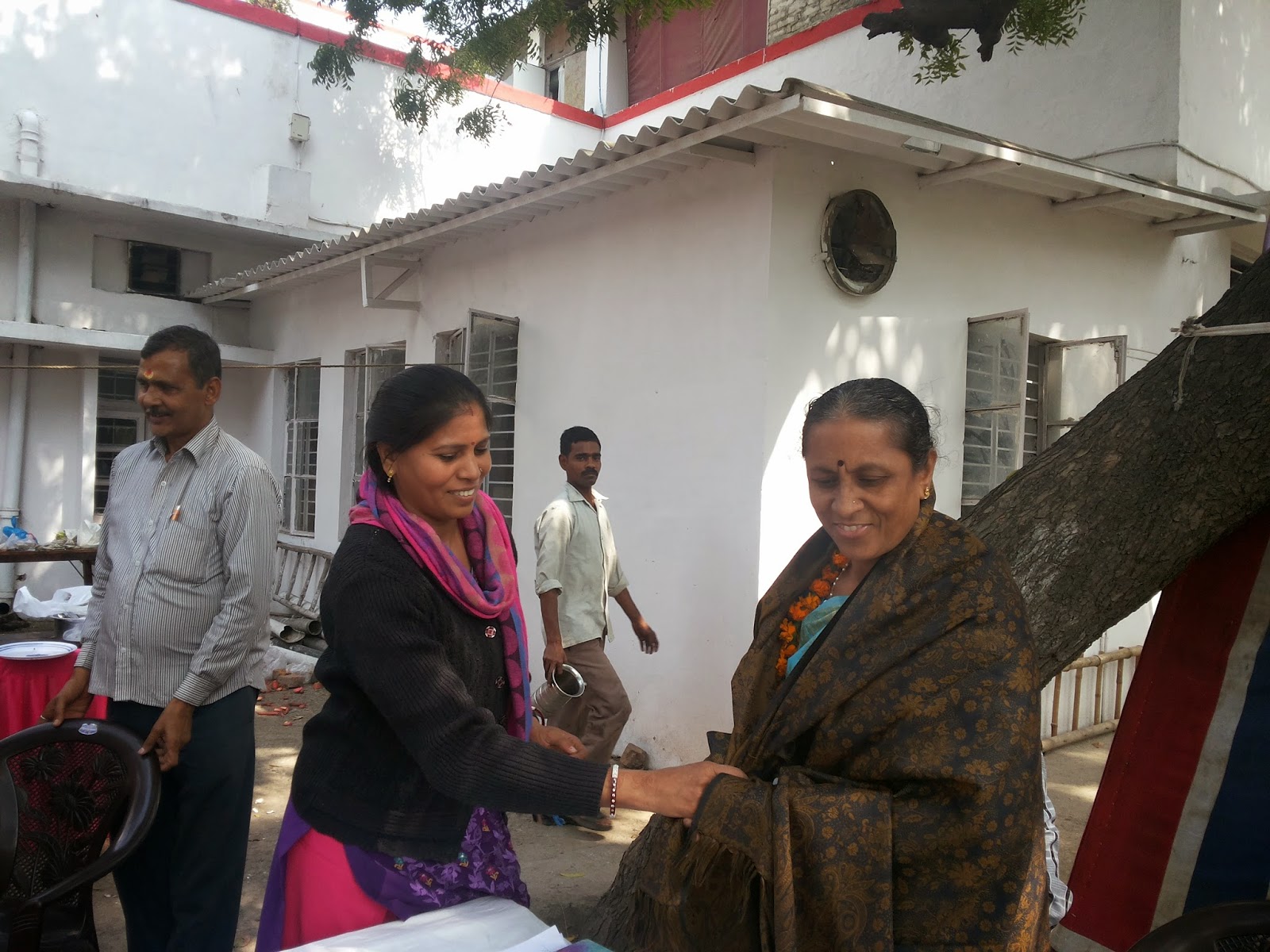 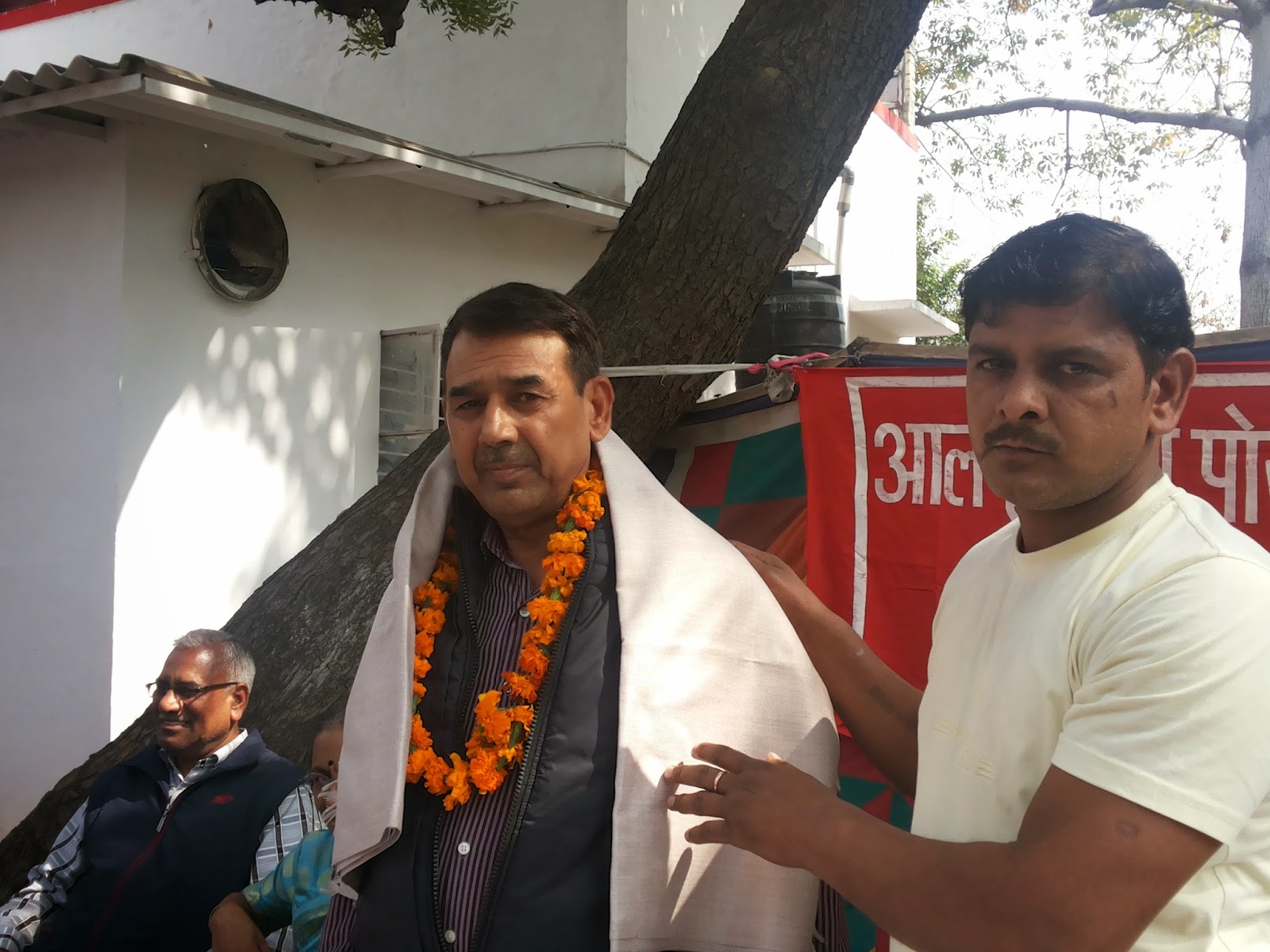 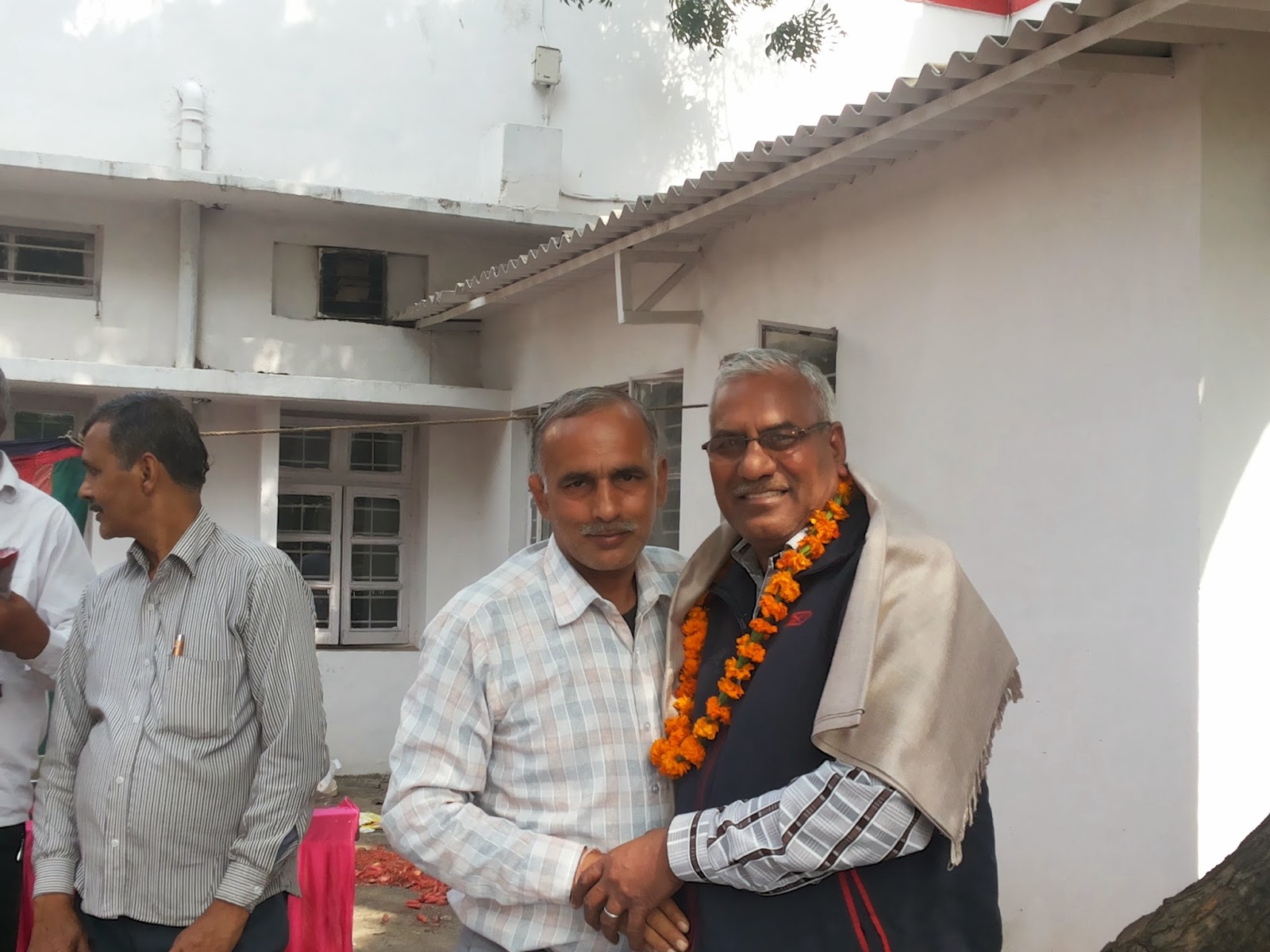 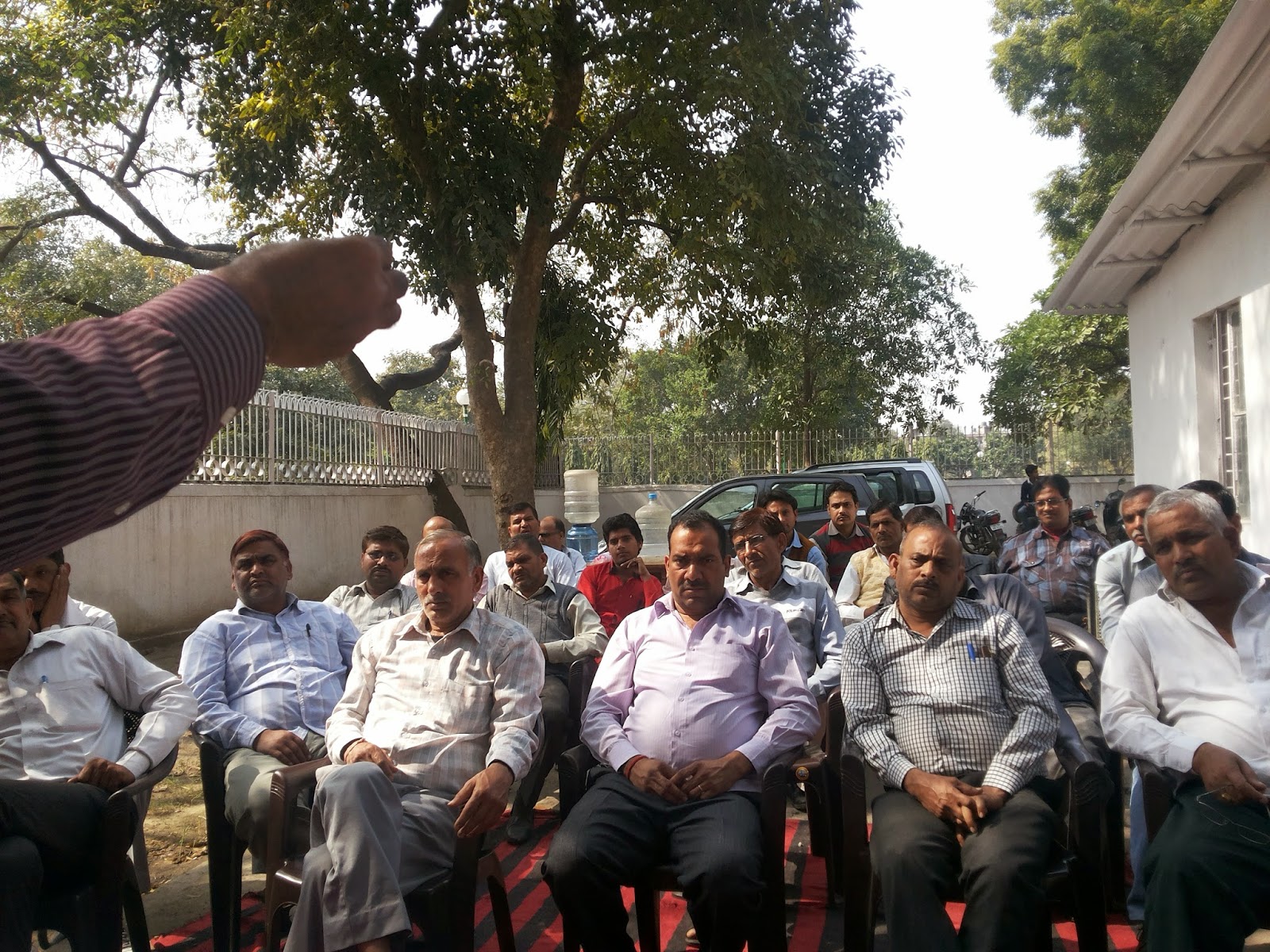 EXEMPTION FROM PHYSICAL APPEARANCE FOR THE PURPOSE OF LIFE CERTIFICATE (CLICK THE LINK BELOW FOR DETAILS)
http://ccis.nic.in/WriteReadData/CircularPortal/D3/D03ppw/CPAO_LifeCertificate_30012015.pdf

7th  PAY COMMISSION HAS INVITED NATIONAL COUNCIL JCM/STAFF SIDE FOR A MEETING ON 25.02.2015 CLICK HERE FOR DETAILS
Posted by p4chq blog.spot at 4:28 PM No comments:

Citing Hitler's example, RBI Governor Raghuram Rajan on Friday cautioned that a strong government may not always move in the right direction, while suggesting a middle path between unchecked powers to the administration and a "complete paralysis".
Giving a lecture on 'Democracy, Inclusion and Prosperity' in Goa, Rajan said India has strong institutions like the judiciary, the Opposition, media and NGOs, but the government and regulatory capabilities need to be strengthened.
At the same time, the country would have to resist the "temptation to implant layers and layers of checks and balances even before the capacity has taken root," he said.
"We must choose a happy medium between giving the administration unchecked power and creating complete paralysis, recognizing that our task is different from the one that confronted the West when it developed, or even the task faced by other Asian economies," Rajan said.
While stating that a strong government should be led by those who have expertise, motivation and integrity and can provide the needed public goods, Rajan warned that "strong governments, may not, however, move in the right direction".
"Hitler provided Germany with an extremely effective administration -- the trains ran on time, as did the trains during our own Emergency in 1975-77.
"His was a strong government, but Hitler took Germany efficiently and determinedly on a path to ruin, overriding the rule of law and dispensing with elections.
"It is not sufficient that the trains run on time, they have to go in the right direction at the desired time," the RBI Governor said.
The economic inclusion, he added, should mean easing access to quality education, nutrition, healthcare, finance and markets to all citizens for ensuring sustainable growth.
He further said that in many areas of government and regulation the country needs more specialists with domain knowledge and experience.
"For instance, well-trained economists are at a premium throughout the government, and there are far too few Indian Economic Service officers to go around," Rajan said.
Observing that democratic accountability is very strong in India, he said "we may have a long way to go (as far as) the capacity of the government, by this I mean regulators like RBI also, to deliver governance and public services".
PJCA DHARNA PROGRAMME -20.2.2015
ERODE (TN) 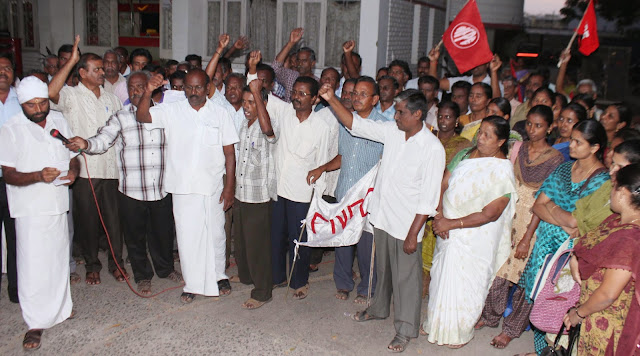 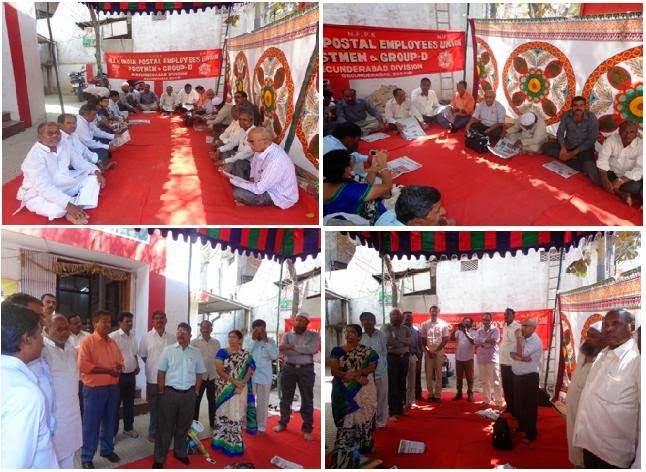 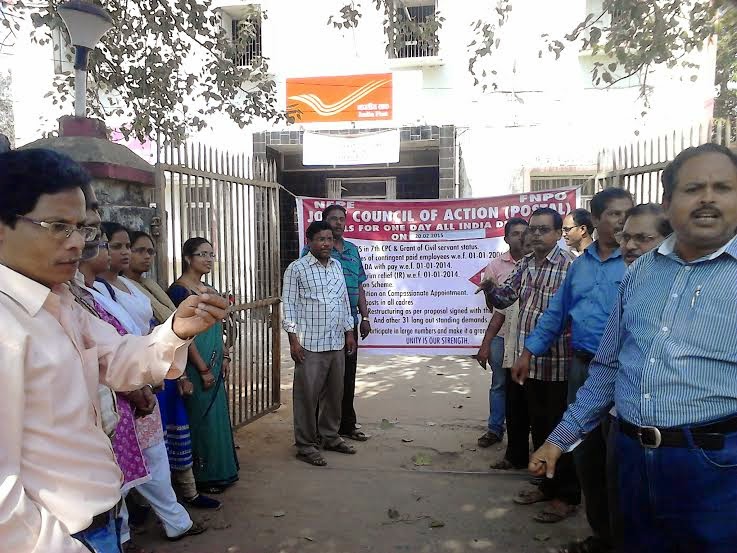 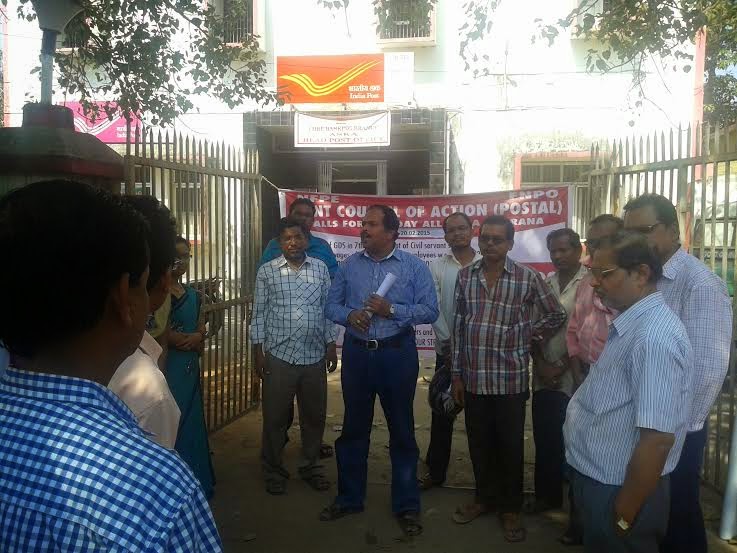 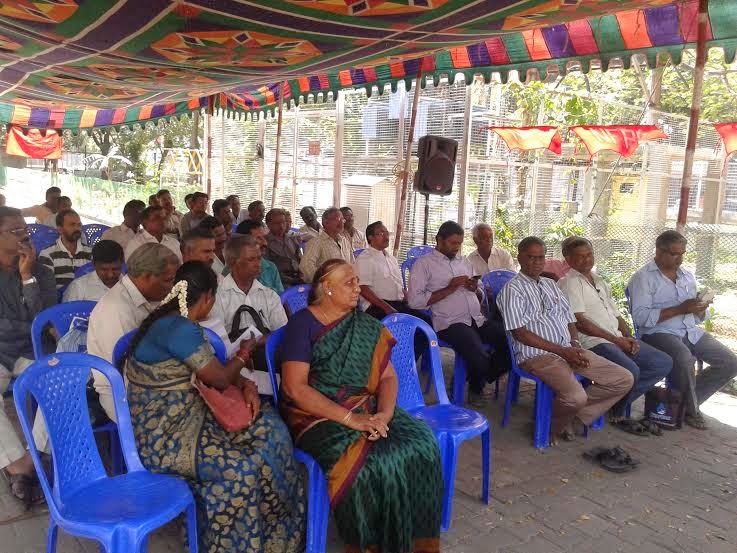 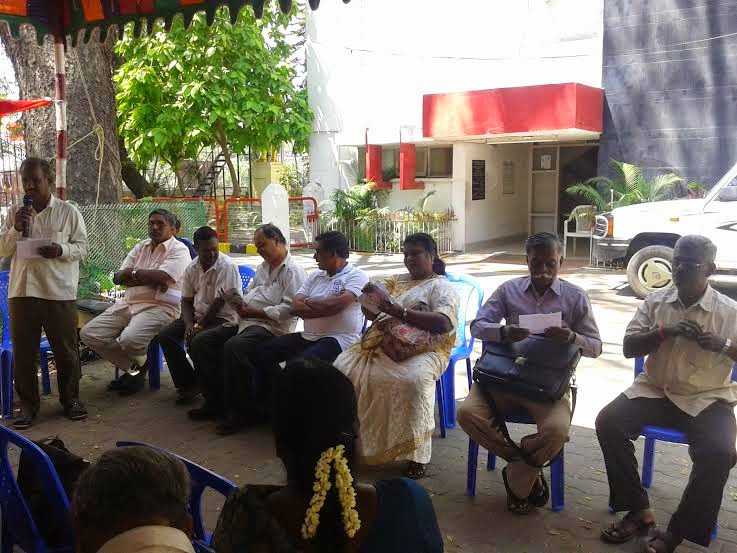 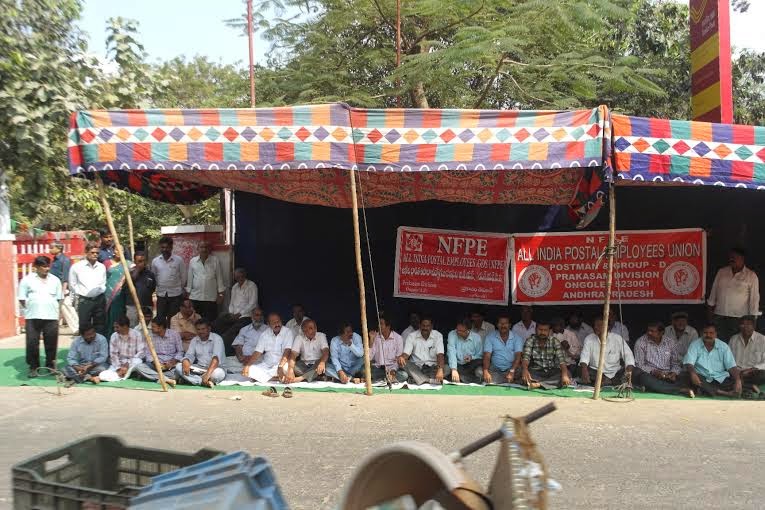 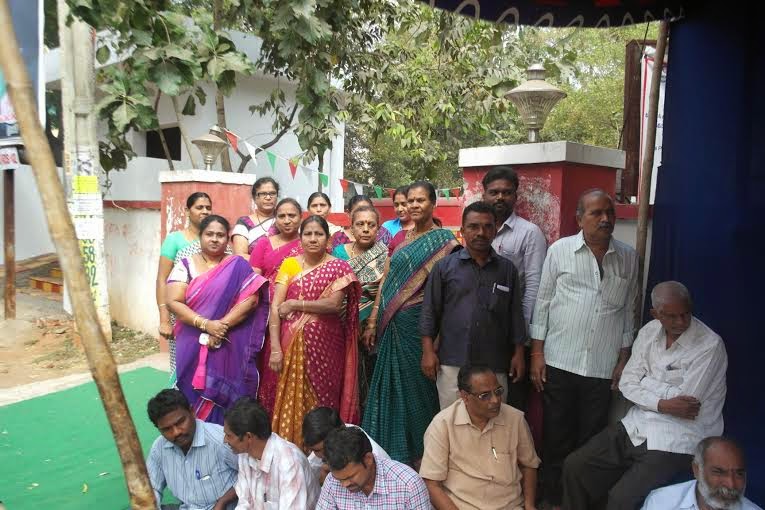 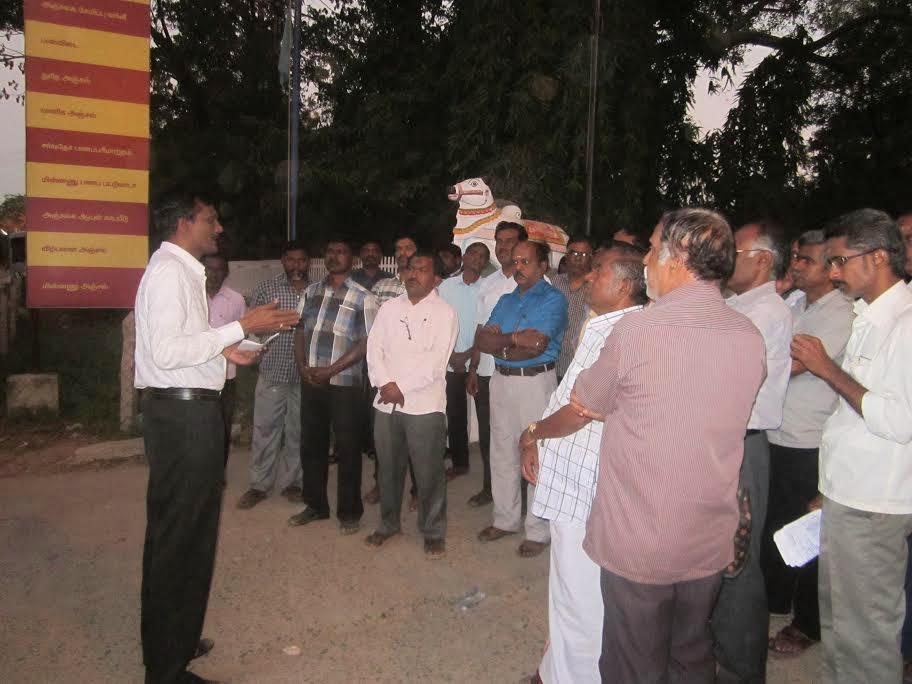 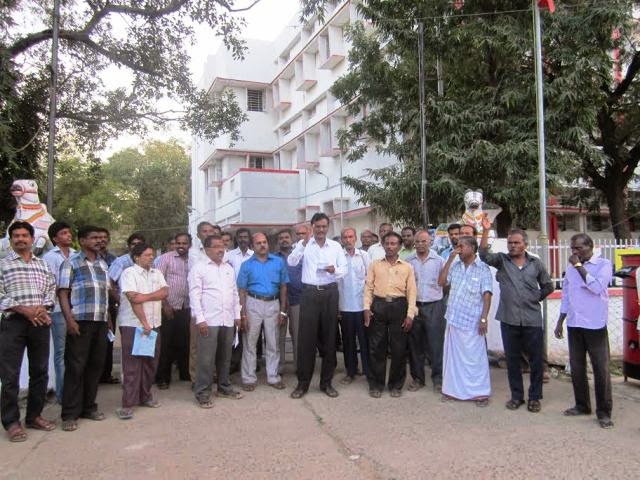 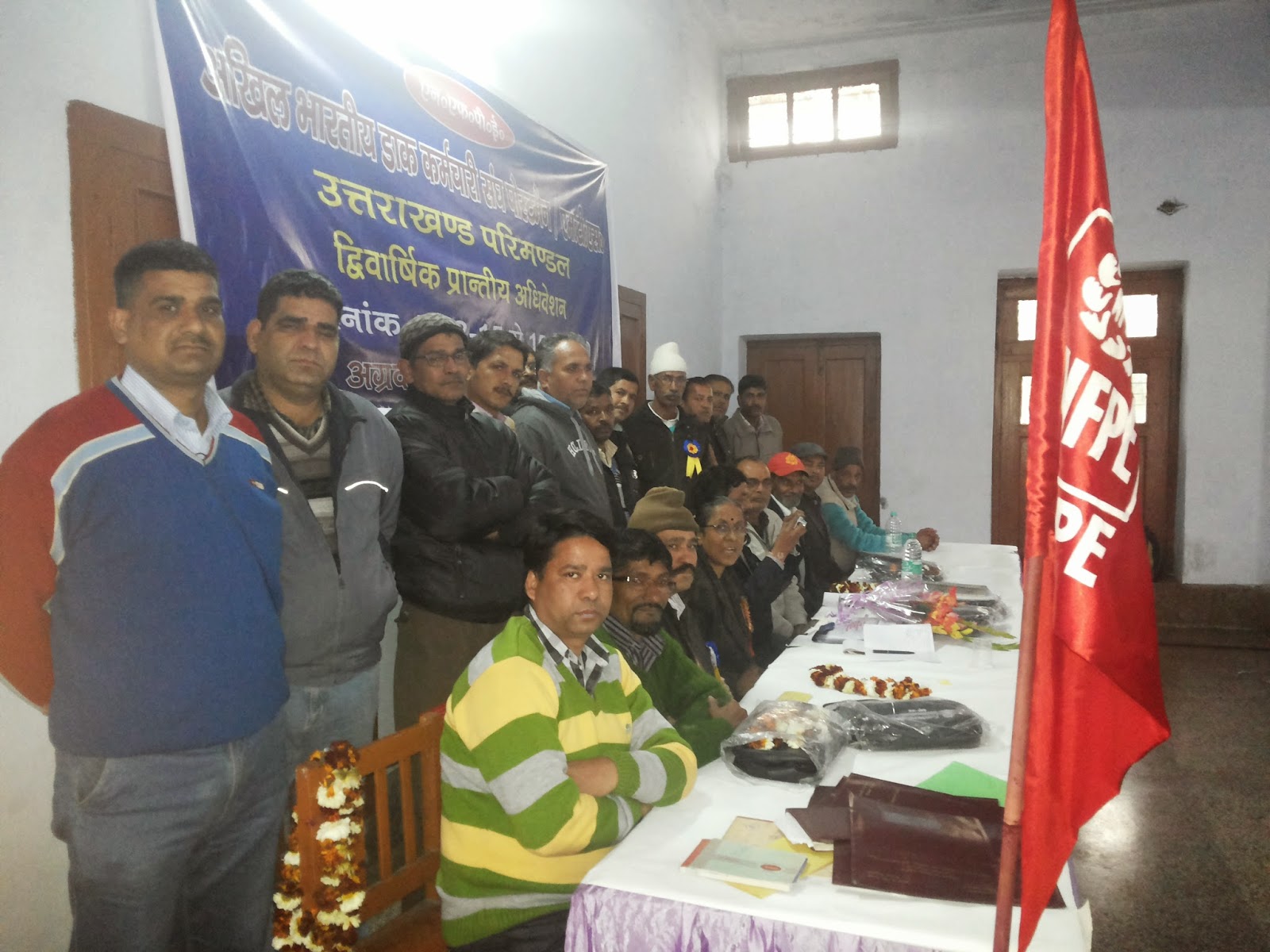 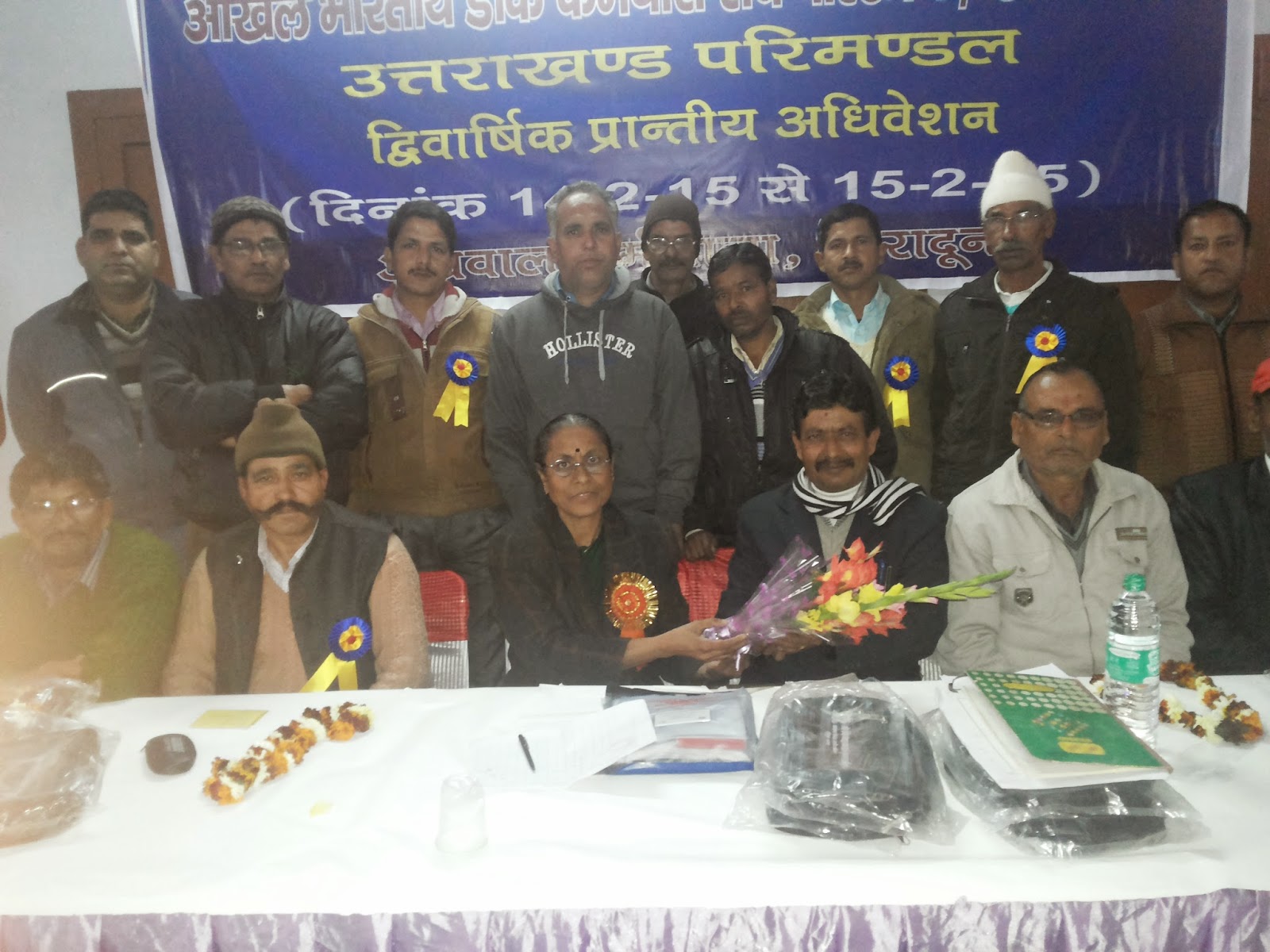 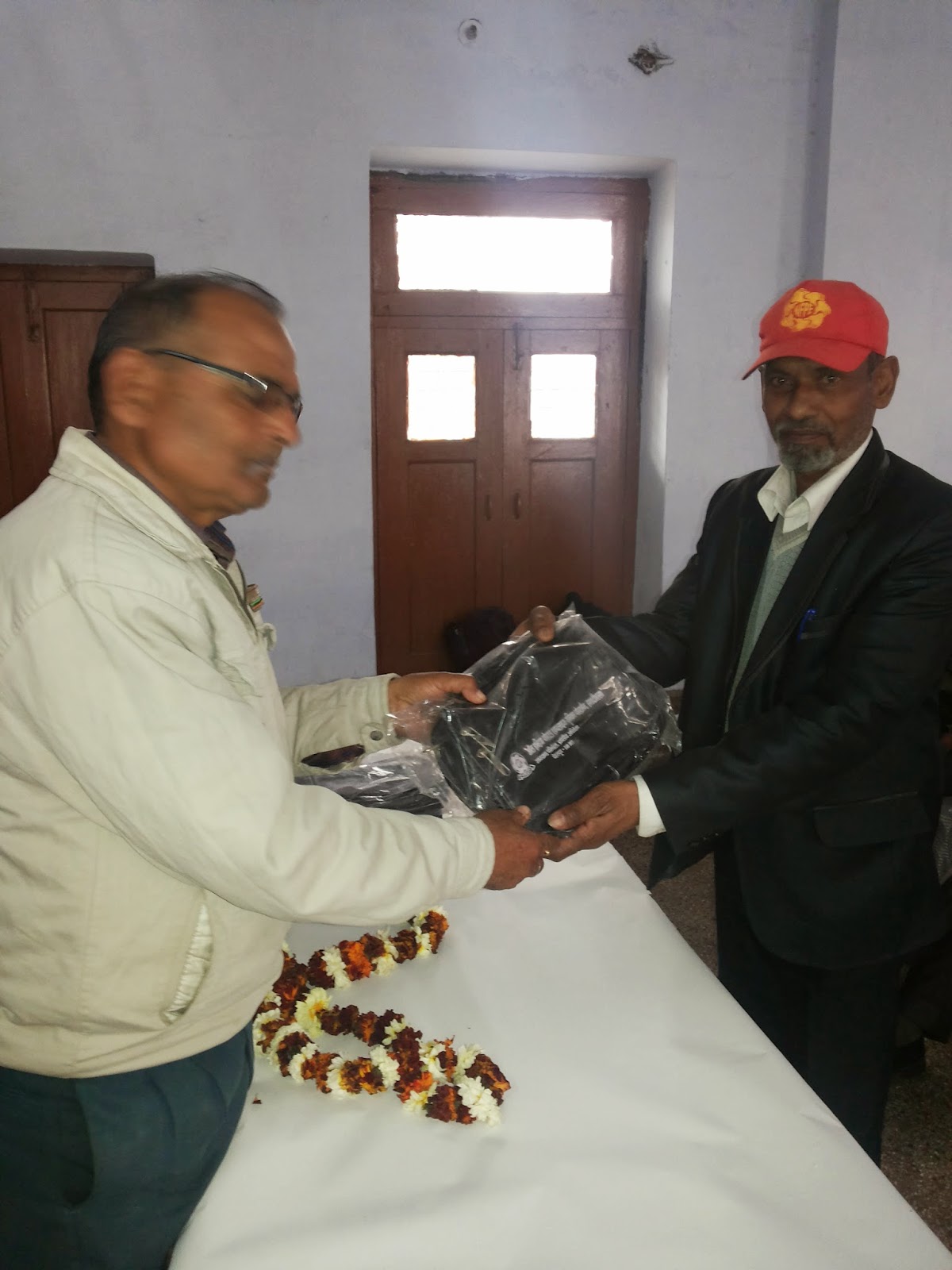 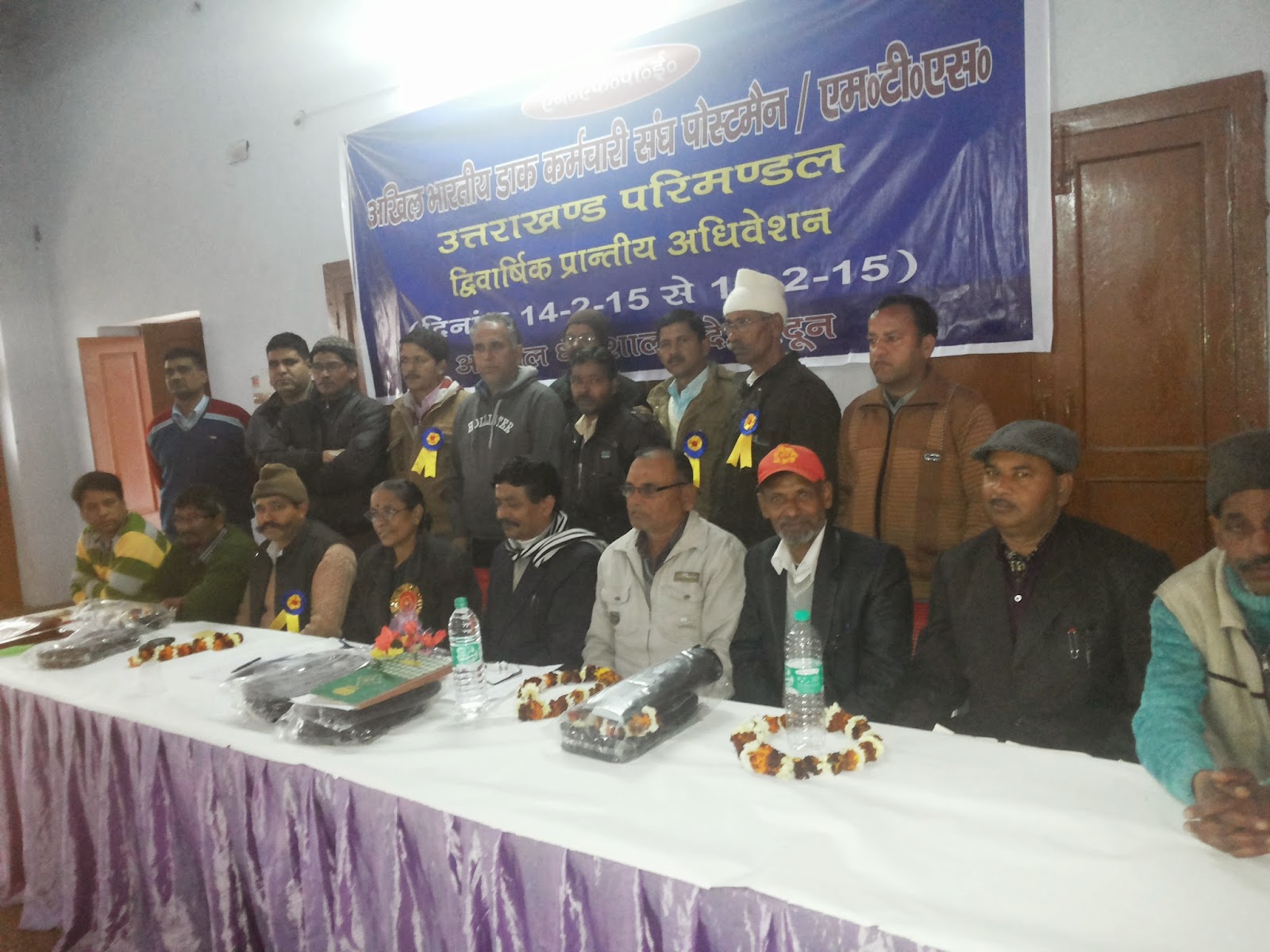 Com. Vyasji was the Secretary General of Confederation of Central Government Employees & Workers for 40 years from 1967 to 2006, He was Secretary General and President of All India Audit & Accounts Association for a long period. He was always on fore front of all movements. His contribution towards Pay Commissions related activities is unforgettable.

NFPE and all affiliates extend heartfelt condolences to his bereaved family members and to all Central Government employees and pensioners.

As already decided by the 11th December 2014 Delhi National Convention of the JCM National Council staff side organisations, intensive campaign and preparations are going on in full swing all over India to make the proposed Parliament March of April 28th and the indefinite strike a historic success. The meeting of the National Joint Council of Action (NJCA) held at New Delhi on 16.02.2015 reviewed the preparations and took the following decisions.

(a)   State level joint conventions, wherever, it is not yet held, should be completed without any further delay.

(b)   On 2nd March 2015 Dharnas and Demonstrations should be held in front of all District Collector offices and hand over memorandum to the collector. (Draft memorandum will be exhibited in website) District level Action Committees may also be formed to spear head the agitational programmes.

3. In the Parliament March on 28.04.2015 each organisation should ensure maximum participation of their members.

4. Press conferences may be held at all levels and Posters, leaflets printed and circulated widely.

CONFEDERATION NATIONAL SECRETARIAT DECISIONS
The extended National Secretariat of the Confederation was held at New Delhi on 17.02.2015 and took the following decisions.

All General Secretaries are requested to issue separate circular and send to Circle, Divisional and Branch Unions directing them to participate in Parliament March as per quota allotted to them and it should be given wide publicity to make the Parliament March historic success.

They should also be instructed to observe all programmes seriously .Please instruct all to book travel  tickets well in  advance to avoid inconvenience.
Yours Comradely,
(R. N. Parashar)
Secretary General

Modified Assured Career Progression Scheme for the Central Government Civilian Employees-Instructions regarding (Click the link below for details)
http://ccis.nic.in/WriteReadData/CircularPortal/D2/D02est/35034_3_2008-Estt-D_18022015.pdf

Result of MTS Direct Recruitment Examination-2014 of Odisha Circle held on 25/01/2015 To view please Click Here.
It is also available in http://odishapost.gov.in
Posted by p4chq blog.spot at 11:46 AM No comments: 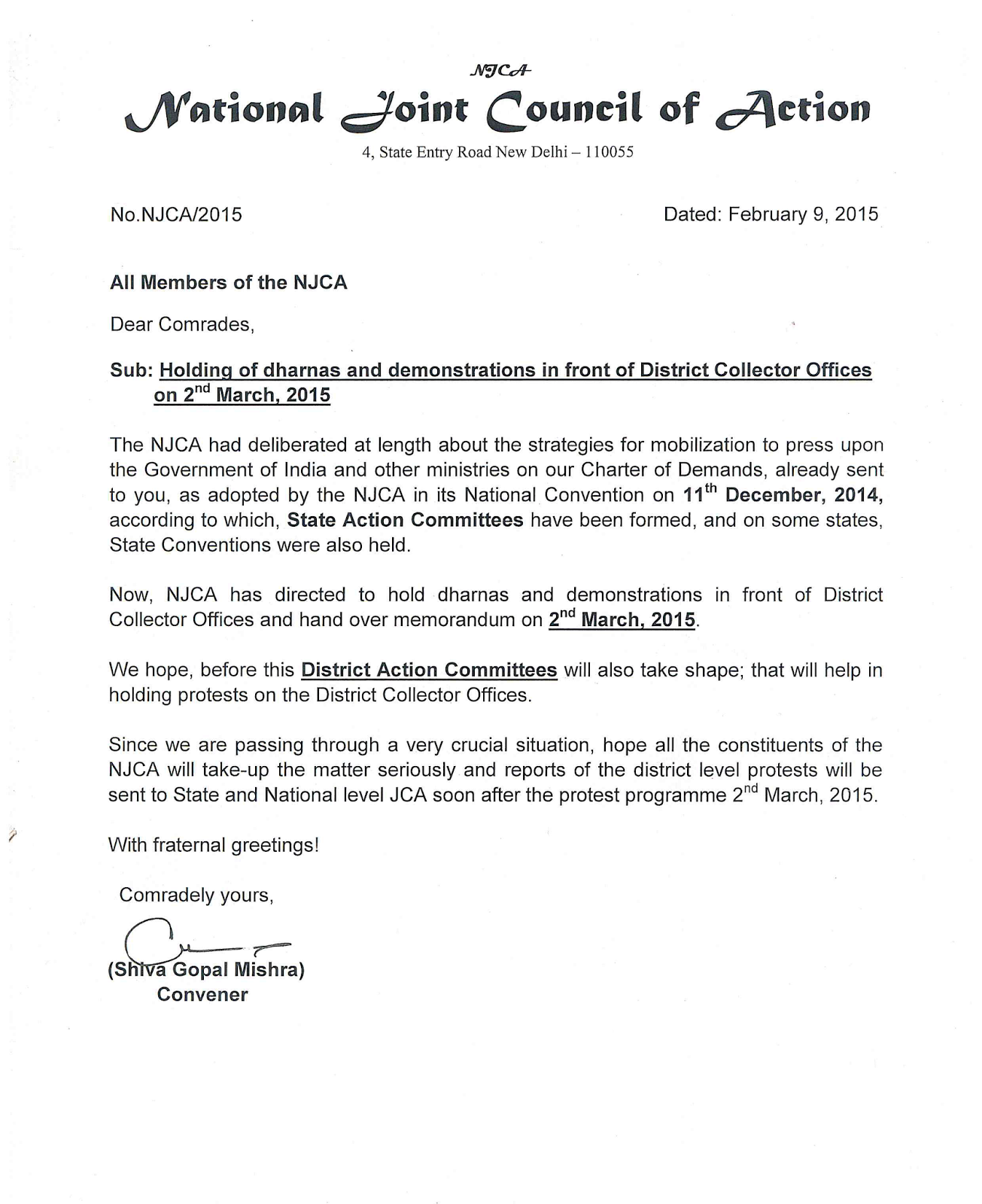