MEETING OF THE NJCA

Subject: Recommendations of the Seventh Pay Commission – Comments – regarding

Please find attached the extracts of para-9.2.19 on the above Report on ‘Gazetted and Restricted Holidays. The Commission has expressed opinion that the present system is working well and has recommended status-quo.

2. It is requested that your comments in this matter may please be provided to this Department, preferably, by 05.02.2016, so that a view can be taken.

Yours faithfully
sd/-
(G.Srinivasan)
Deputy Secretary to Government of India

Source: Confederation
Posted by p4chq blog.spot at 8:31 AM No comments: 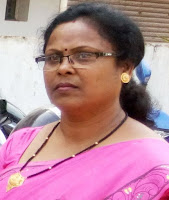 “Like herd of cattle without a keeper
Like an army without a General
Like a night without moon
Like a group of cows without a bull
Such would be the country
Where there is no king”.

A leader is indispensible in an organization. Leadership is not the mere use of people and their potential for achieving the goal of an organization. His ultimate goal is to raise the ethical aspiration and human behaviour of people. The leader not only commits his followers to achieve the goal but also inculcate required resources, guides and motivates the followers to reach the goal. The leadership process is similar in effects to that of the secret chemical that turns the insect pupa into a butterfly with all beauties. Leader turns the potential of people into reality.

Transformational and charismatic leaders are known to have moral virtue and ethical component and they foster it when they try to change the attitude and behaviour of the followers. But unethical leaders use their charisma to enhance power over followers, directed towards self serving ends.  Ethical leaders use it in a socially constructive way to serve others. Leaders who treat their followers with fairness, especially by providing honest, frequent and accurate information come out to be more effective.

Trust is the primary attribute associated with leadership, breaking of which can have serious adverse effects on group performance. The prime task for a leader is working with people, finding their problems and solving them. A leader feeds on the trust of people to gain access to knowledge and think innovatively to solve the problem. So trust and leadership go hand in hand in any organization, each of which is necessary for the other to thrive.

In short a leader brings out the best in every individual and encourages team spirit. A leader can only be successful in his endeavours when his team support, follow and love him. A righteous leader can lead the organization to the pinnacle of success and greatness.


GOVERNMENT OF INDIA
MINISTRY OF COMMUNICATIONS AND INFORMATION TECHNOLOGY
LOK SABHA UNSTARRED QUESTION NO: 4022
ANSWERED ON: 23.12.2015
Streamlining Postal System SANJAY(KAKA) RAMCHANDRA PATIL Will the Minister of
COMMUNICATIONS AND INFORMATION TECHNOLOGY be pleased to state:-
(a) the budget allocations made for the Department of Posts during the last three years and the current year along with the target fixed and achieved during the said periods and the shortfall, if any, in achieving the targets;
(b) whether the Government also proposes to introduce new post office bill and also bifurcate the postal Department with a view to streamline the postal system and compete with the challenges posed by courier companies; and
(c) if so, the details thereof and the steps taken by the Government in this regard?
ANSWER
THE MINISTER OF COMMUNICATIONS AND INFORMATION TECHNOLOGY
(SHRI RAVI SHANKAR PRASAD)
(a) Details of budget allocations and achievements for Department of Posts under Plan, for which targets were fixed, for financial years 2012-13, 2013-14, 2014-15 and the current financial year 2015-16, are furnished as under:-
Financial Year
Budget allocation (in Rs. Crore)* Actual Expenditure booked during the financial year** % Achievement
2012-13 222.40 185.21 83.28
2013-14 430.00 393.80 91.58
2014-15 300.00 306.71 102.24
2015-16 468.61 174.86 Under implementation
*Final Grant for 2012-13, 2013-14 and 2014-15 and BE for 2015-16
**Booking up to 31st March for 2012-13, 2013-14 and 2014-15 and up to 30th November, for 2015-16 Amount in Crore)
(b) No, Madam. There is no proposal for introduction of new post office bill or bifurcation of the postal Department.
(c) Not applicable in view of (b) above.
Posted by p4chq blog.spot at 8:29 AM No comments:

GOVERNMENT OF INDIA
MINISTRY OF COMMUNICATIONS AND INFORMATION TECHNOLOGY
LOK SABHA
UNSTARRED QUESTION NO: 2965
ANSWERED ON: 16.12.2015
Revenue and Market Share of India Post
DEVENDRA (ALIAS) BHOLE SINGH SINGH
JAYADEV GALLA
KUNWAR SARVESH KUMAR
ASADUDDIN OWAISI
Will the Minister of
COMMUNICATIONS AND INFORMATION TECHNOLOGY be pleased to state:-
(a) whether the revenue and market share of India post has been declining;
(b) if so, the details of revenue generated separately from different segments such as parcel and speed and post expenditure incurred along with market share of India post during the last three years and the current year;
(c) whether Government proposes to introduce some scheme on Public Private Partnership (PPP) model and if so, the details thereof;
(d) whether India post is paying special focus on parcel segment and plan to establish 48 new set of parcel centres and if so, the details thereof; and
(e) the other measures taken by the Government to improve the postal delivery system of India post and increasing its revenue?
ANSWER
THE MINISTER OF COMMUNICATIONS AND INFORMATION TECHNOLOGY
(SHRI RAVI SHANKAR PRASAD)
(a) No Madam, the Postal Department has been continuously earning higher revenue every year and its share of revenue has been increasing year after year.
(b) Not applicable in view of reply at (a) above.
(c) No Madam.
(d) & (e) Yes Madam, 48 dedicated Parcel Centres have been established in 2014-15 and another 9 have been established this year. Department is laying special emphasis on the Parcel segment through upgradation of Parcel infrastructure, improving the delivery system and revamping parcel transmission modes and routes. Some measures taken to improve quality of parcel service are as follows:-
i. The Parcel transmission & delivery network is being continuously reviewed and monitored for checking and improving efficiencies and better service quality.
ii. The Department of Posts offers end-to-end track & trace for Speed Post, Registered and other parcels through its website (www.indiapost.gov.in). This track and trace facility is available to retail as well as bulk customers for tracking the consignments on a real time basis.
iii. Department is developing its Road Transport Network for fast and secure transmission of parcels on identified routes. 11 major routes have been started this year.
iv. Department has introduced Mechanized Nodal Delivery of parcels from identified delivery centres in certain cities.
v. GPS devices have been installed in mail vans and other security measures improved.
vi. As a result of the efforts towards improving the quality of its services, the revenues of the Department have been consistently growing in the last several years.
Trend of Revenue Growth (Rs. In crore)

(vii) Parcel revenue registered 37% growth in 2014-15. 117% growth in parcel revenue till 31st October 2015 in the current financial year.
(viii) Rs. 970 Crore Cash On Delivery collection done by Department of Posts till November 2015.
(ix) Speed Post revenue growth in the current financial year is more than 16%. CAG report laid in Parliament on 8th May 2015 highlighted that Speed Post is far better than private couriers, in terms of reach, assured delivery and delivery time.
Posted by p4chq blog.spot at 8:26 AM No comments:

6 Signs That India's Unemployment Problem Might Actually Be Getting Worse


19,000 people applied for 114 posts as sweepers last week in Uttar Pradesh town Amroha, officials said. "Of some 6000 applications we have seen so far, many are graduates in arts and sciences, post-graduates, even engineering graduates and MBAs," Amroha municipal superintendent Faiz Alam.

“Even sweepers in our village have a good standard of living and send their children to English-medium schools," applicant Shamshad Ahmed Saifi of Makhdoompur village, a B Com final year student told the Times of India.

If Q3-Q4 2015, and January 2016 are a sign of things to come, India’s unemployment problem might get worse in the coming years.

Last year, the State Government's Directorate of Economics and Statistics, Chattisgarh, was barraged by 75,000 applicants for 30 peon jobs - for a 14,000 Rupee job that includes a task of fetching tea. It wasn’t surprising that of the 70,000 online applications and 5000 post applications, many included requisitions from qualified engineers and management graduates.  According to Census 2011 data, over 20% of Indian youth (between the age bracket of 15-24) or 4.7 crore Indians are jobless.

Last year, realty portal Housing.com announced plans to lay off at least 600 employees, in the wake of wannabe maverick co-founder and former CEO Rahul Yadav's dismissal. "Housing is being completely restructured and performance for each employee across departments is being (scrutinised)," said a top executive at the company, which in July fired for bad behaviour after months of chaos.  "While some people have been asked to leave because businesses are being shut down, others because of under-performance and in some cases due to over-staffing," a source stated.

India is still hesitant to add women to the workplace

"Decreased labour force participation of women in India is a big problem. It is very important to promote their participation, their involvement in the Indian economy," the chief of International Labour Organisation research division Raymond Torres said while launching a new global unemployment report.

According to a McKinsey report, women’s equality can add another 12 trillion dollars to the global economy, and India stands to benefit quite a bit:  “...the best-in-region outcome could increase annual GDP by 2025 by more than 10 percent over the business-as-usual case, with the highest relative regional boost in India and Latin America…”

India's number of job seekers is only increasing

India's unemployment rate remained at 3.5 per cent in 2014 and 2015 but will decrease slightly to 3.4 per cent in 2016 and 2017, according to the ILO findings. However, the number of people seeking jobs will increase to 17.6 million people in 2017 from 17.5 million people in both 2015 and 2016.   This is not India's problem alone: "The global economy is not generating enough jobs to reverse the continuing increase in the alarmingly high unemployment situation in the world," said the ILO Director- General Guy Ryder.

Last week, the Prime Minister Narendra Modi unveiled incentives to boost start-up businesses. These included a tax holiday, capital gains tax exemption, a Rs 10,000 crore corpus, and and no inspections for the first 3 years of a startup's existence. It’s the exemptions from labour inspection that have scared India’s labour community.

The popular faces of #StartupIndia, brands that can afford crores in advertising spends have hired – and fired liberally.

Soon after securing Rs 177 crores in funding to help it last another 12 months, Tiny Owl fired 300 people, in spree across multiple offices was that became the topic of much drama. By November, Housing.com had also fired 600 employees, and announced 200 more layoffs after its shareholders tightened budgets. Food Tech players Zomato and Foodpanda had also fired 300 employees each. PepperTap, which closed around around Rs 237 crore in 2015 suddenly fired 40 employees, citing poor performance and a newer business model.

(With inputs from Agencies and TNN)
Source :  http://www.indiatimes.com/
Posted by p4chq blog.spot at 8:24 AM No comments: