Justice finally won:
=================
After having failed in CAT, Madras High court and Supreme Court, the Government finally ordered to implement the judgement in favour of Sri D.Sivakumar, Retd SPM, MMC PO, Chennai city north division who moved the court pleading that promotion through competitive examination should not be counted as MACP.


The order of CAT accepting his prayer was challenged by the Government in Madras High court and subsequently in Supreme Court. Its attempt to deny the justice was defeated by the Judiciary.
On the direction of the Directorate, the SSPOs, Chennai City north division has now issued order granting MACP lll from 1.9.2008 to the official.
The official was promoted to PA cadre from 12.11.1977 through competitive examination. He was granted TBOP on 15.11.1993( now MACP l) and granted BCR ( now MACP ll) on 1.1.2004.

A great victory indeed after prolonged legal battle. He may be the first to put an end to the deliberate injustice of the Government.
Now from now on, we must try to extend the benefit to all the victims of injustice in MACP case.
Copy of order granting MACP III to the LGO promoted official in Chennai City North Division followed by Historic Judgement of Hon'ble Supreme Court of India is enclosed now. 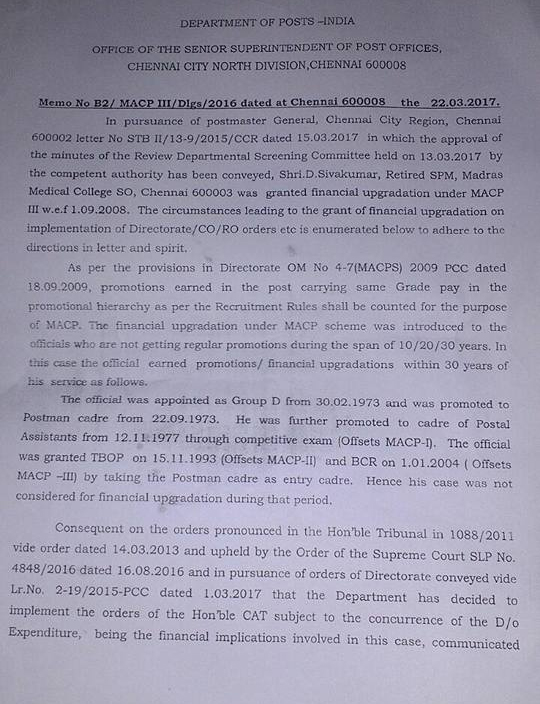 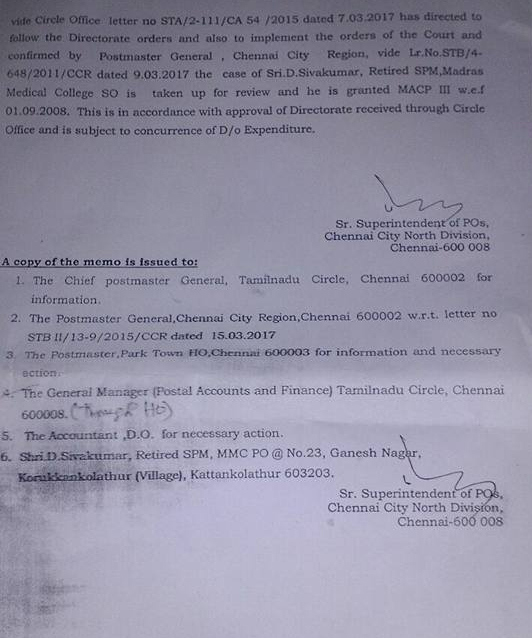