Shri Manoj Sinha,
Hon`ble Minister of Communications & IT,
Government. of India,
Sanchar Bhawan,
New Delhi-110 001
SUB:  DISPENSING OF ARMY POSTAL SERVICES FROM ARMY UNDER APPROVED REFORMS OF GOVERNMENT CAUSING BITTER INJUSTICE TO THE TROOPS
Hon`ble Sir,
It has come to our notice from some reliable sources that Govt of India is going to take decision to dispense with the services of Army Postal Services.
In this connection it is pertinent to mention that APS personnel mostly deputed from the Postal Department serving in the Army were meant to provide all postal services very close to their barracks even to those troops serving very far flung border area.  The APS personnel arrange their lectures to guide them for collocating habit of  small savings schemes and Postal Life Insurance helping them for deduction their premium from the accounts maintained by respective PAO(OR).  Prior to APS the troops were in darkness and there was no way for their troops for guidance for savings purposes.
2.         The Army Postal Service (APS), functions as a government-operated military mail system in India. A primary feature of Army Postal Service systems is that normally they are subsidized to ensure that military mail posted between duty stations abroad and the home country (or vice versa) does not cost the sender any more than normal domestic mail traffic. In some cases, Indian military personnel in a combat zone may post letters and/or packages to the home country for free, while in others, senders located in a specific overseas area may send military mail to another military recipient, also located in the same overseas area, without charge. Officers are deputed primarily from the Indian Postal Service and from the Army Corps. Army Postal Service is the only service that enables civil service officers to work in the armed forces.
3.         APS is a unique organization in the sense that it is a happy blend of the Department of Posts, India and Indian Army. APS functions as a part of the countrywide postal setup but administratively it is under Army. Though a part of the Army, APS also extends its services to Air Force and other Paramilitary Forces. APS also provides limited cover to the Indian Navy. It also provides cover to Indian troops deployed with UN Peace Keeping Forces abroad.APS is also providing the Postal and remittance facilities to Border Road Organization cutting and maintaining roads in the various parts in remote areas on mountains .
4.         Origin of APS dates back to 1856 when the first FPO accompanied the British Expeditionary forces to Persia. FPOs continued to be requisitioned by the Army from the Dept of Posts to accompany Expeditionary Forces till World War I. During World War II volunteers from the Dept of P & T were drawn as combatants to run the FPOs. In 1947 when Indian troops were rushed to J & K, the handful of personnel, who remained with the occupation forces in Japan, were sent to provide postal services to the troops. This group germinated into the present Army Postal Service. Army Postal Service joined the World War-1 in 1914 and accompanied various forces continued to function till 1923.
5.         The Army official mail Scheduled Despatch Service (SDS) was carried from one Formation to another through Signal Regiment engaging First Class compartments in mail trains which was handed over to APS in 1969.APS Corps emerged as Independent Corps in 1972.
6.         Gallantry Awards Vir Chakra to L/NK Perinmbam on 26 Jan 1952 and Shaurya Chakra to Col R K Bansal on 26 Jan 1986.

Hundreds of Packers, Postman and Postal Assistants LSG & HSG Supervisors Inspectors/Assistant Superintendents are on deputation to Army Postal Service Corps from Department of Posts. These are the permanent employees of Department of Posts and in place of these employees temporary employees are working in the Civil Post Offices. On disbanding of APS Corps these APS personnel will be repatriated to their civil wing as such temporary employees will be unemployed causing a great injustice with these employees. Civilian Employees of Department of Posts voluntarily served the nation as combat in peace and war at remote and far flung snow bound areas, disbanding the APS Corps will also not justice with them.

9.         On hearing the abrupt decision of Govt. of India for dispensing with such services to the troops is a matter of grave concern. It is felt that the dispensing of services on the basis of new technology appears to have been misunderstood. The postal services were under strict security over the correspondence of troops made between their families and kith and kin.  Though it is admitted that the troops can use mobile and send their money to their families by Banks etc. But will not be possible when the actual war starts. The services of modern technology in many circumstances are banned due to security point of view. After through and serious deliberations, the services of APS are very essential.  After II World WAR the APS was found very indispensable on many counts.

10.       The troops serving in the Army mostly belonging to far flung area where their family can neither get bank facilities and other postal facilities will feel depleted and distressed and this would hurt their morale. The booster of morale of every soldier is very essential to maintain their morale boosting chain among them.

11.       (a) SB Schemes are being operated by APS  and there  are about 9 lakh SB   Accounts 86%  and expenditure  of  APS is met  with  these  SB Schemes.
(b) APS is also doing business under PLI and having about 13 lakh     policies which is a good source of income to meet out the expenditure of      APS.
12.       APS is well maintained and proving back bone to the troops for providing morale booster for the above obvious reasons.  In case it is felt that present scenario does not find suitable to keep permanently APS Corps would prove bitter repentance over the past.  However if it is the need of the hour to overlook the services and postal facilities being provided to troops may and  totally uprooting/dispensing would prove a bitter injustice to the troops while flashing back over the past.

It is therefore requested to kindly bestow  your personal attention   on this matter and influence  your good office to convenience  Government of India not ro close  Army Postal Service (APS)  whose service  are very much required  for the India Army.

Copy to : Shri A N Nanda , Secretary Department of Posts  for necessary action. 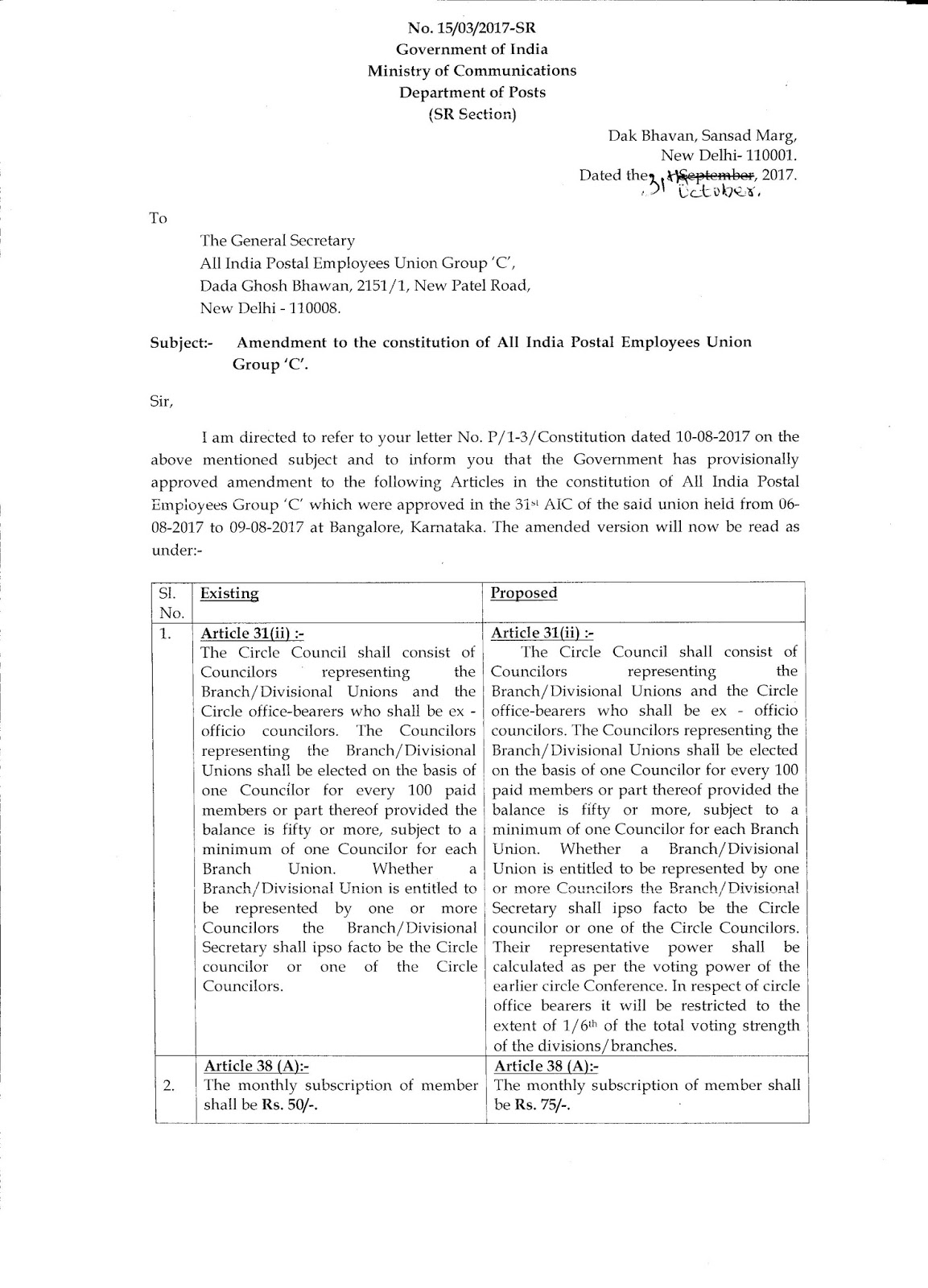