Hence, Central Government employees as well as pensioners are entitled for DA/DR at the rate of 100 percent of the basic with effect from 01.01.2014. The increase is in accordance with the accepted formula based on the recommendations of the 6th Central Pay Commission. 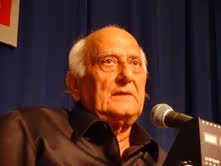 Com. Umraomal Purohit a legendry leader of trade union movement , Secretary  Staff Side JCM  National Council and the President of All India Railwaymen’s  Federation expired at Mumbai in hospital at 4.15 AM on 27th February, 2014 . He was a great statesman and visionary leader of working class.
All india postal employes union postman and MTSconveys it’s heartfelt condolences to the bereaved family and Comrades of AIRF and entire working class. AIPEU postman and MTS pays respectful homage to the departed leader and dips it’s banner in respect of him.
RED SALUTE COM.  PUROHIT.

COM. PUROHIT AMAR RAHEY.
Posted by R.SEETHALAKSHMI at 8:21 AM