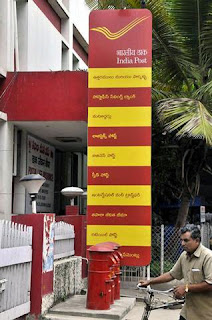 Official sources said that Minister for Communications and Information Technology Ravi Shankar Prasad has approved the task force report and will submit it to the prime minister for a review.
The task force had submitted its report to Prasad in December, recommending division of India Post into five verticals, including one each for banking, insurance and e-commerce, with India Post being the holding company.
“The minister is expected to meet the prime minister on Wednesday for an in-principle approval. The task force has highlighted priority areas, which would give a fillip to our postal department,” an official told BusinessLine.
The Centre is also investing ₹5,000 crore for IT modernisation in India Post.
He said priority tasks include providing banking and insurance services to the public and making e-commerce companies such as Amazon, Flipkart and Snapdeal use India Post’s services.
“The main purpose is to utilise the network in line with the Prime Minister’s vision of reaching rural areas for financial services through innovation and digital connectivity instead of mere postal services,” the official added.
The task force, chaired by former Cabinet Secretary TSR Subramanian, was set up by the Prime Minister last year.
The idea was to leverage India Post’s wide reach across India.
Snapdeal has already partnered with India Post to work on bringing thousands of weavers and artisans from Varanasi on its website. The online company has launched a pilot with India Post to set up facilitation desks at Varanasi post offices to enable local weavers to sell their products on its platform.
Source : http://www.thehindubusinessline.com
Posted by p4chq blog.spot at 7:23 PM