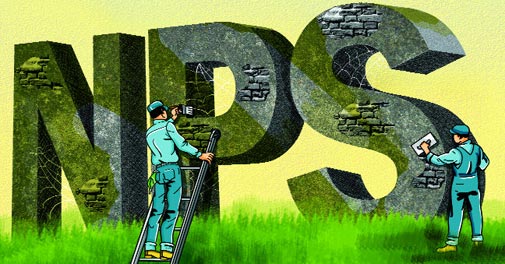 The 7th central pay commission (CPC) was not supposed to look into the National Pension System (NPS). The terms of reference of the body headed by ex-judge Ashok Mathur limited the mandate in this regard to only the Old Pension System (OPS). Yet, the number of grievances and complaints were so many that the commission decided to deal with it in detail. The grievances ranged from lack of basic elements such as a grievance redressal mechanism to disadvantages in the tax regime and structural issues.

Amusingly, over a decade into its existence and after mopping a corpus of over Rs 24,000 crore as of 2013-14 from a little over 1.3 million people, the NPS still has critics, who wanted it scrapped. “The larger federations and staff associations advocated scrapping the NPS on the ground that it discriminates between two sets of government employees,” the commission noted. Some subscribers pleaded for reverting to the OPS, citing uncertainty regarding the actual value of their future pension in the face of market related risks.

Being a defined contribution scheme, NPS effectively shaves 10 per cent off an employee's take-home salary. While this is a concern for many, they also harboured the opposite worry —that this 10 per cent plus 10 (matching contribution from employer) might not be enough to give them a pension that is about half their last salary. The commission has asked the government to consider if the number can be reviewed.

The bad state of grievance redressal and absence of consultation with stakeholders has generated insecurity in stakeholders. Even senior Group-A officers of the central government, as well as All India Service (AIS) officers, are sceptical about NPS, the commission has noted.

Family pension, for widows/dependents of a deceased employee, is another common grievance. Staff associations have complained that this, after death of an employee, is not ensured in the NPS. More, if an employee dies at an early age, the family would suffer, since annuity from the contribution would be grossly inadequate.

Other such comparisons to instruments such as GPF, PPF and the OPS were widely heard by the CPC. Some were worried about the lack of choice for government employees, the asset allocation and fund managers under the NPS. The commission has asked the pension regulator to provide a range of options and investment mixes, calibrated on a life cycle approach, wherein younger employees are given an exposure to high risk, high return choices.

Another example of shoddy implementation of NPS came up in the case of AIS officers in some states, where contributions by the state governments concerned are yet to be fully made and deployed. The net result is contributions for 2004-2012 have not been fully made or have earned simple interest and did not get any market linked returns. Worse, contributions by some have been returned to them without interest.

This goes against the fundamentals of a defined contribution scheme. A typical employee’s service is 30-35 years. If he loses compounding benefits for a third of that period, what will he/she be left with? A lot of media coverage and official focus has been spent on where the NPS money is invested and its impact on the stock market. In the process, the source and the channels seem to have not received adequate attention. It is time for the government and the regulator to take serious note of the commission’s recommendations and make the NPS a Swachh Pension System.