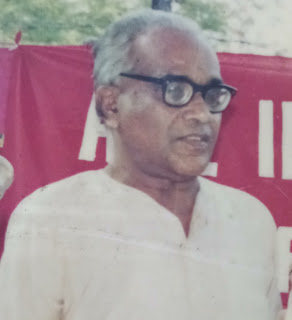 Red Salute to. Com. Rabindralal Bhattacharya
Com. Rabindralal Bhattacharya (RLB) Ex-Deputy Secretary General ,National Federation of Postal Employees expired on 10th September 2019 at Kolkata. He was a legend and an uncompromising fighter in the history of P&T Trade union movement. He had declared one day strike for NFPE members only, after 13 days strike of PJCA in the year 2000 after negotiation with “POSTAL BOARD”.
We un behalf of AIPEU Postmen and MTS convey our heartfelt Condolences to the bereaved family and comrades of West Bengal Circle.