Federal Council of NFPE was held at Guwahati (Assam) from 07th to 09th September, 2016.

The programme commenced with Flag hoisting on 07.09.2016 F/N. The National Flag was hoisted by Com. M.R. Das, Working Chairman, Reception Committee and NFPE Flag was hoisted by Com. Giriraj Singh President NFPE. After that homage was paid to the Martyrs by offering floral tribute on martyrs Column. First of all Com.A.K. Padmanabhan, All India President C.I.T.U. offered the flowers on Martyrs Column after  that it was followed by all leaders , guests, delegates and visitors including Coms. KKN Kutty, M. Krishnan, M S Raja, Vrigu Bhattacharjee, CC Pillai, K. Ragavendran, K V Sridharan,Giriraj Singh , R.N. Parashar, all General Secretaries , NFPE office bearers and all Federal Councilors and visitors.

The open session started at 4 p.m.  on 07.09.2016 with traditional Assamese  folk song by the Cultural  group of lady  Comrades of Postal &  RMS Guwahati. The open session was presided by Com. Giriraj Singh, President, NFPE. Welcome speech of Chairman Reception Committees, was read out by Com. L.P. Saikia, President, R.C.C & P-III Assam Circle as he could not attend  due to his illness. All leaders were honoured by garlanding showl and presenting Mementos.

The open session was inaugurated by Com. AK. Padmnabhan, Presindent, C.I.T.U.  In his inaugural speech he elaborately decribed  the adverse  impact  of neo-libral economic policies on working class. He stated that the 2nd September strike was a grand success and working class has comeout to protest the policies of Central Government unitedly. He stressed the need of united trade union action to resist the onslaughts of ruling class on workers. Com. KKN Kutty, President Confederation, spoken on pay commission related issues and deferment of 11th July strike. Com. M. Krishnan, Secretary general Confederation expressed his dissatisfaction over pay commission report and stated that if within 4 months period no positive result comes out Confederation will chalk out  its own programme of action to achieve the  demands. Com. M.S. Raja, Working President Confederation  and Secretary General Audit , Com. Vrigu Bhattacharjee, Treasurer  Confederation & Secretary General Cicil Accounts , Com. Satanjib Ds, Joint Convenor JCTU Assam, Shri M.K. Seth, CGM Telecom also addressed the  open session. Com. R.N. Parashar , Secretary General NFPE, vehemently opposed the policies of Government which are mostly in favour of corporates  and against  working class. He stated that we will not allow the Government to privatize or outsource any function of Postal Department. He stressed the need to chalk out some agitational programme with Confederation to achieve the demands related to Pay Commission.

Vote of thanks was given by Com. G. Talukdar, AGS & Circle Secretary R-III. The programme was anchored by Com. D.K. Debnath General Secretary, Reception Committee.
The Open Session ended with the presidential speech of Com. Giriraj Singh, President NFPE.
After open session very good cultural programme in various forms was presented by the Cultural group of Children and women Comrades of Postal & RMS Guwahati (Assam).

Before commencement of the delegate session homage was paid to the leaders, Comrades, Eminent personalities and known & unknown persons who lost their lives in various natural calamities during this period. The resolution on homage was presented by Com. R.N. Parashar, Secretary General NFPE and after that one minute silence was observed by all in respect of Martyrs.
The Notice of agenda was readout by Secretary General and it was approved by the house after some addition.

After debate & discussion by all Federal Councilors, General Secretaries & NFPE Office Bearers, Com. R.N. Parashar , Secretary General , gave reply on all the questions and queries raised by them to sum up the debate and discussion on triennial report and agenda items. The discussion on agenda items was approved  by the house.
The credentials were presented by Com. S. Raghupathy, Convenor credentials Committee.
The Resolutions on various subjects were presented by Com. R.Seethalakshmi, Convenor, Resolution Committee.

A Resolution on Postal demands and Programme of action was presented by Secretary General  which was approved by the house unanimously.

After that other subjects were taken by the President.
The Vote of thanks was delivered by Secretary General.
The Session came to end after Presidential address of Com. Giriraj Singh President NFPE.

RESOLUTION ON POSTAL DEMANDS AND PROGRAMME OF ACTION

This 10th Federal Council of National Federation of Postal Employees (NFPE) held at Guwahati (Assam) from 7th to 9thSeptember 2016, views with grave concern the totally negative attitude of the Central Government in settling the common demands of the Central Government employees including increase in minimum wage and fitment formula and other modifications sought for by the National Joint Council of Action (NJCA) and JCM (NC) staff side. The Federal Council while appreciating the efforts being made by Confederation of Central Government employees & Workers jointly with NJCA to settle the demands calls upon the NJCA to organize higher form of trade union action including revival of the deferred strike to get the demands settled in a time-bound manner.

This Federal Council further notes that in the Postal department also due to the negative attitude of the Government and Postal administration long pending demands are remaining unsettled. None of the 7th CPC related demands of various cadres of Postal department are settled. Regularization of Gramin Dak Sevaks and grant of all benefits of regular employees on pro-rata basis is still pending. The New Pension Scheme (NPS) has created uncertainty among the employees recruited after 01.01.2004, about their pensionary benefits. Department has unilaterally issued orders for outsourcing booking and delivery of registered, speed post and express parcel post articles. The task force committee recommendations are not yet dropped, no effective remedial measures are taken to streamline the functioning of CBS/CIS, revision of wages and payment of arrears of casual labourers from 01.01.2006 is still pending in many circles, more than 60000 vacancies in various cadres including promotional posts are remaining unfilled. All the above issues are agitating the minds of the employees for a long time.

The federal council after reviewing the situation prevailing in the Postal department came to the unanimous conclusion that to settle the above issues, serious agitational programmes are to be launched. Accordingly the Federal Council resolve to implement the following phased pregramme of action, either independently or jointly with other Federation.
Programme of action.

Inspite of the above agitational programmes , if the Government of India and department of
Posts refuse to concede the legitimate demands of the Postal Employees, NFPE shall  Organize higher form of trade union action including indefinite strike. This Federal Council
authorizes the Federal  Executive to take  follow up action in this regard.

CHARTER OF DEMANDS
1.    Settle the demands of various cadres of Postal department relating to 7th CPC recommendations submitted to Secretary, Posts in memorandum dated 08.12.2015.
2.    Implement cadre restructuring in all remaining cadres in the Department of Posts and settle the residual issues arising at implementation stage.

4.    Revision of wages and payment of arrears from 01.01.2006 to all casual, part-time, contingent and daily-rated mazdoors and regularization of services.

5.    Stop outsourcing of booking and delivery of registered, speed post and parcel articles.
6.    Fill up all vacant posts in all cadres including promotional posts.

7.    Conduct membership verification of Gramin Dak Sevaks and declare the result of the verification already conducted among departmental employees during 2015.

8.    Revision of OTA rates & OSA and fixation of norms for CRC/Speed post and Parcel in RMS.

9.    Settle problems arising out of implementation of CIS and CBS. 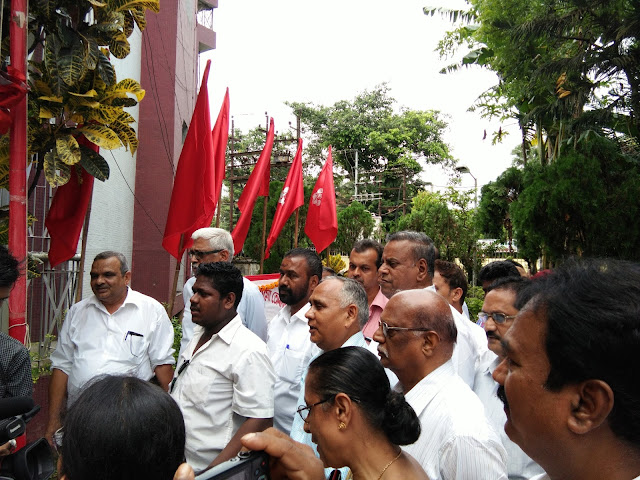 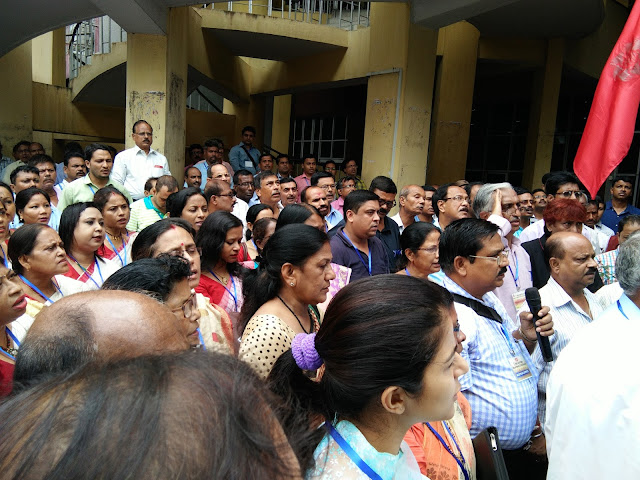 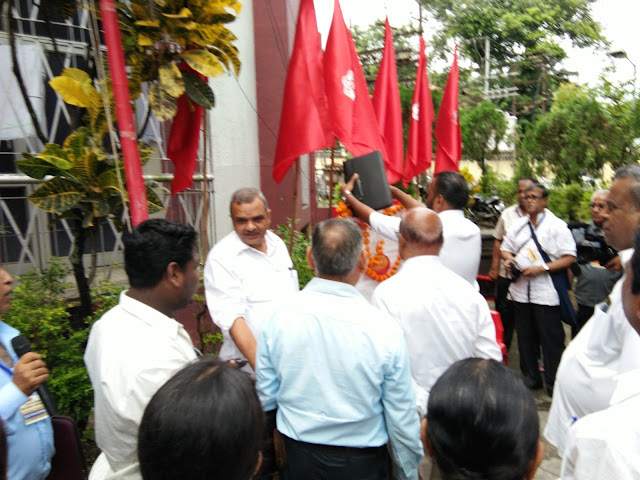 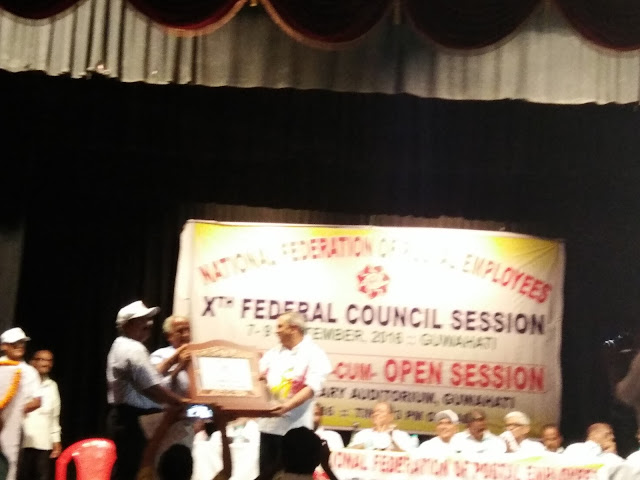 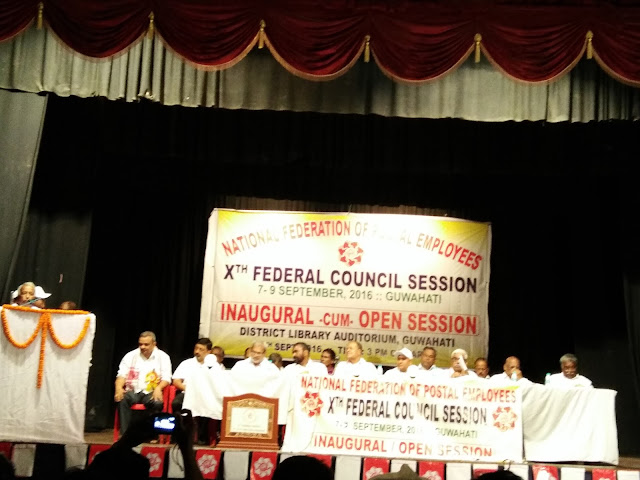 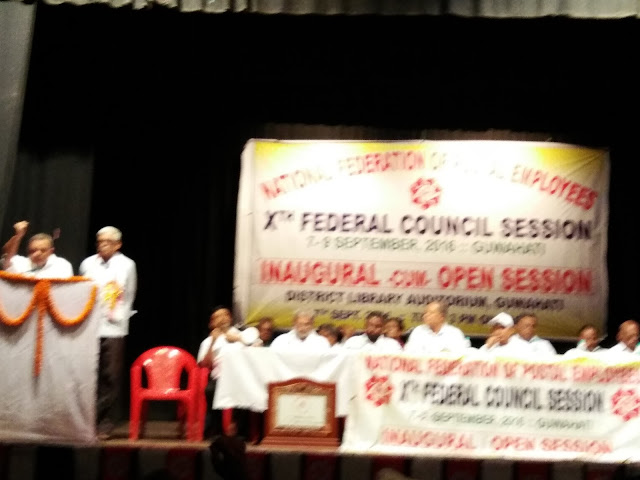 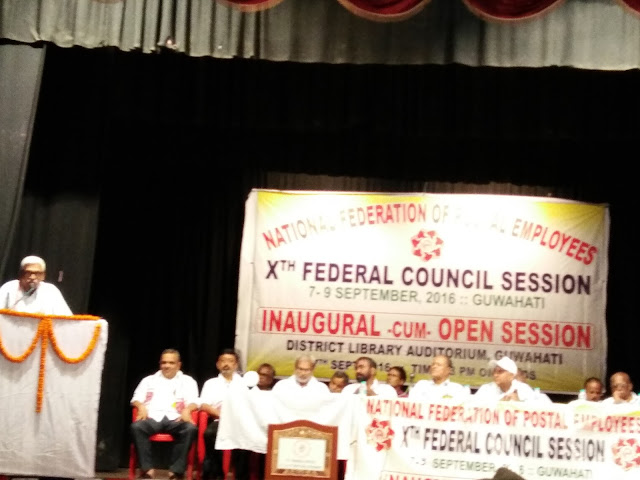 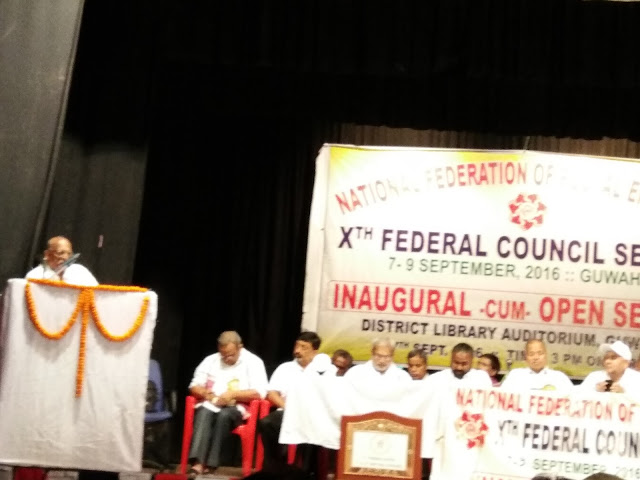 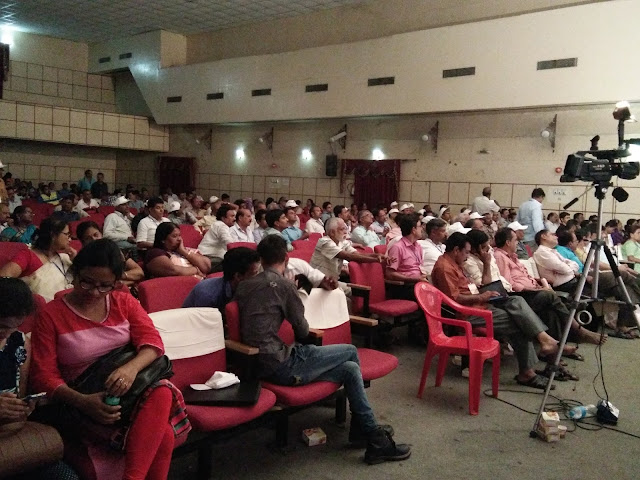 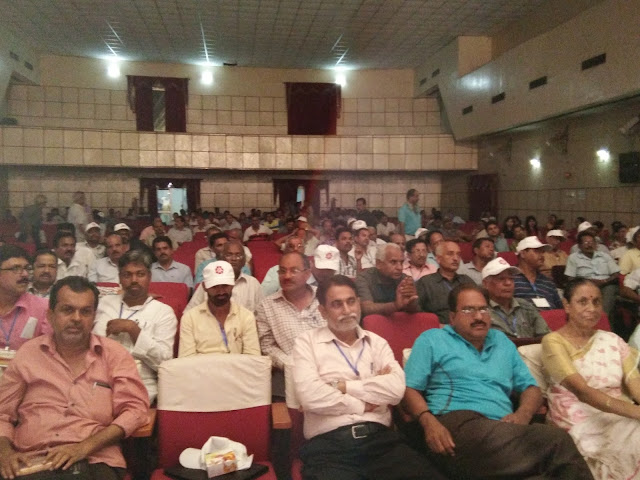 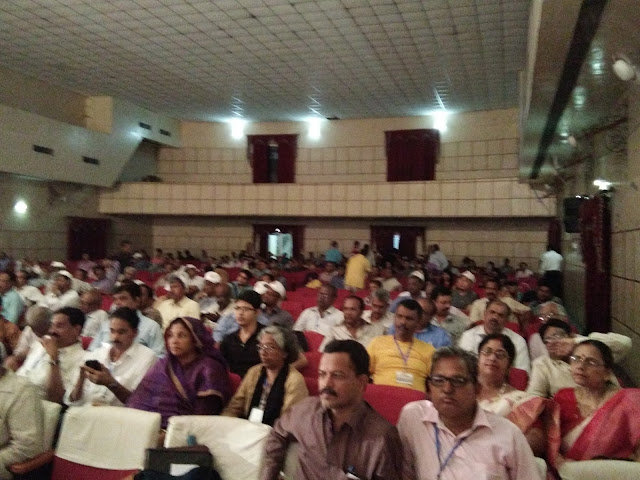