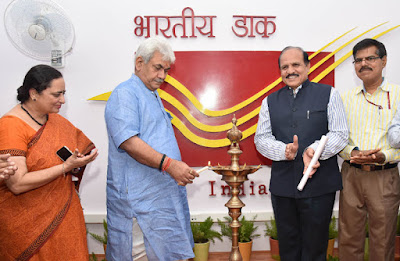 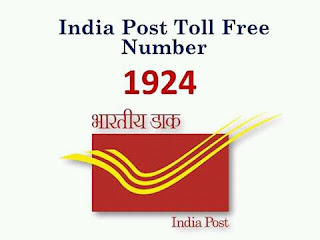 Manoj Sinha launches India Post Help Centre and a Toll Free Number 1924
Ministry of Communications today launched India Post Help Centre and a Toll Free Number 1924 to address the grievances of people in the Country related to Department of Posts. Inaugurating the Help Centre here, Minister of Communications, Shri Manoj Sinha said that the move comes in the wake of Prime Minister Shri Narendra Modi’s PRAGATI (Pro-Active Governance And Timely Implementation) review meetings, where he exhorts the Union Ministers to actively address the grievances of the common man by setting up and strengthening Public Redressal Grievances Mechanism.
Shri Sinha said that the Help Centre has been launched in three languages -Hindi, English and Malayalam  and gradually all regional languages will be included which are mentioned in the Schedule of the Indian Constitution.
He said, the Help Centre will be functioning from 8 A.M to 8 P.M on all working days except holidays. Shri Sinha said that soon, in every circle a nodal officer will be appointed to bring efficiency in redressal mechanism.

The Minister stressed that except in the case of policy decisions, all complaints related to postal services will be addressed within 24 Hours. Shri Sinha recalled that last month he had launched  “Twitter Sewa” for addressing the complaints and concerns of common man and other stake-holders in the telecom and postal sectors, where on an average 100 complaints are received daily related to postal services. He said, the  Department of Posts is one of the 8th largest Department/Ministry in terms of numbers of complaints received. A toll free helpline number ‘1924’ would be available for customers from all over India from landline/mobile phone of service providers namely AirTel, Idea, Vodaphone, Telenor, Aircel, MTS, Reliance etc.
The complaints received from the complainant on toll free number ‘1924’ would be registered in Computerized Customer Centre (CCC) Portal by the operators at the Dak Bhawan and the 11 digits ticket number would be provided to the complainants. If the complaint already registered, the complainant would be informed the status as viewed in CCC Portal. As soon as the complaint is generated on CCC Portal, the concerned post office will take immediate necessary action to resolve it and would upload the status.
All the Postal Circles will have a Control Room for monitoring and redressal of complaints. The Nodal Officer in each Circle will open the CCC Portal every day and check all the complaints beginning with “100030 - …… the Toll Free Complaints” and will examine for quick disposal. The Circle Heads would direct to all the Post Offices concerned to ensure that they log in CCC Portal at the beginning of day and at the end of the day compulsorily.

The case disposal time is one working day subject to policy matters. The complainant would be informed, if it involves policy matter. A reasonable reply should be uploaded in the CCC Portal.  The Circle will update the status of each such cases every 24 hrs. through email on adgpg@indiapost.gov.in. The name of Officers with email address and mobile number in each Circle who will be Nodal Officer, should be sent on email adgpg@indiapost.gov.in .CPMG should review the ‘1924’ pending cases every day and in case of pendency going beyond 24 hours would give full details and convey his/her observation to PG Cell of Directorate which will provide weekly report to the Office of Secretary (Posts). The Circles would provide utmost priority and quick disposal of the complaints received through Toll Free Centre. All the Circles would propagate and give wide publicity of “Toll Free Number 1924” within their jurisdiction through appropriate medium within budgetary limit.