Press Information Bureau
Government of India
Ministry of Personnel, Public Grievances & Pensions
24-July-2014 12:25 IST
Award to Industrious Government Staffers
The Department of Personnel & Training (DoPT) has instated a non-monetary incentive scheme titled ‘Employee of the Month‘ with effect from October, 2013 to recognize meritorious performance of employees of the rank of Under Secretary and equivalent and below in the Department.

DoPT had organized a retreat for its officials at the level of Deputy Secretary and above in October, 2013 at Lal Bahadur Shastri National Academy of Administration (LBSNAA), Mussoorie. This Department has informed other Departments of Government of India about this retreat as one of the best practices introduced in DoP&T.

In accordance with Innovation Action Plan, DoPT has installed ‘Idea Boxes’ in the Department to solicit ‘out of the box’ solution to various issues. This Department has informed other Department of Government of India about the installation of ‘Idea Boxes’ as one of the best practices introduced in DoPT.


Dr Jitendra Singh, MoS (PPG&P) gave this information in Rajya Sabha today in a written reply to a question by Shrimati Wansuk Syiem
.
*****
Press Information Bureau
Government of India
Ministry of Finance
24-July-2014 12:33 IST
Special Arrangements Made for Accepting Returns of Income;
Offices to Remain Open on 26th July and 27th July, 2014, Being Saturday and Sunday, for Accepting the Returns During Normal Office Hours

For the convenience of the taxpayers, the Income Tax Department has decided to keep the offices open for accepting the returns of income during normal office hours on 26thJuly and 27th July, 2014, being Saturday and Sunday. This direction has been issued by the Central Board of Direct Taxes (CBDT) in exercise of powers conferred under Section 119 of the Income Tax Act, 1961. Special arrangements have also been made by way of opening additional receipt counters, wherever required, on 26th, 27th, 28th, 30th and 31stJuly, 2014 in order to facilitate the taxpayers in filing their returns of income conveniently and in a timely manner.
The due date for filing of return of income within the meaning of Explanation 2(c) to Section 139(1) of the Income Tax Act, 1961 is 31st July, 2014.
CENTRAL CIVIL SERVICES (COMMUTATION OF PENSION) SECOND AMENDMENT RULES, 2014 (Click the link below for details)
http://ccis.nic.in/WriteReadData/CircularPortal/D3/D03ppw/Notification_355_E_260514.pdf 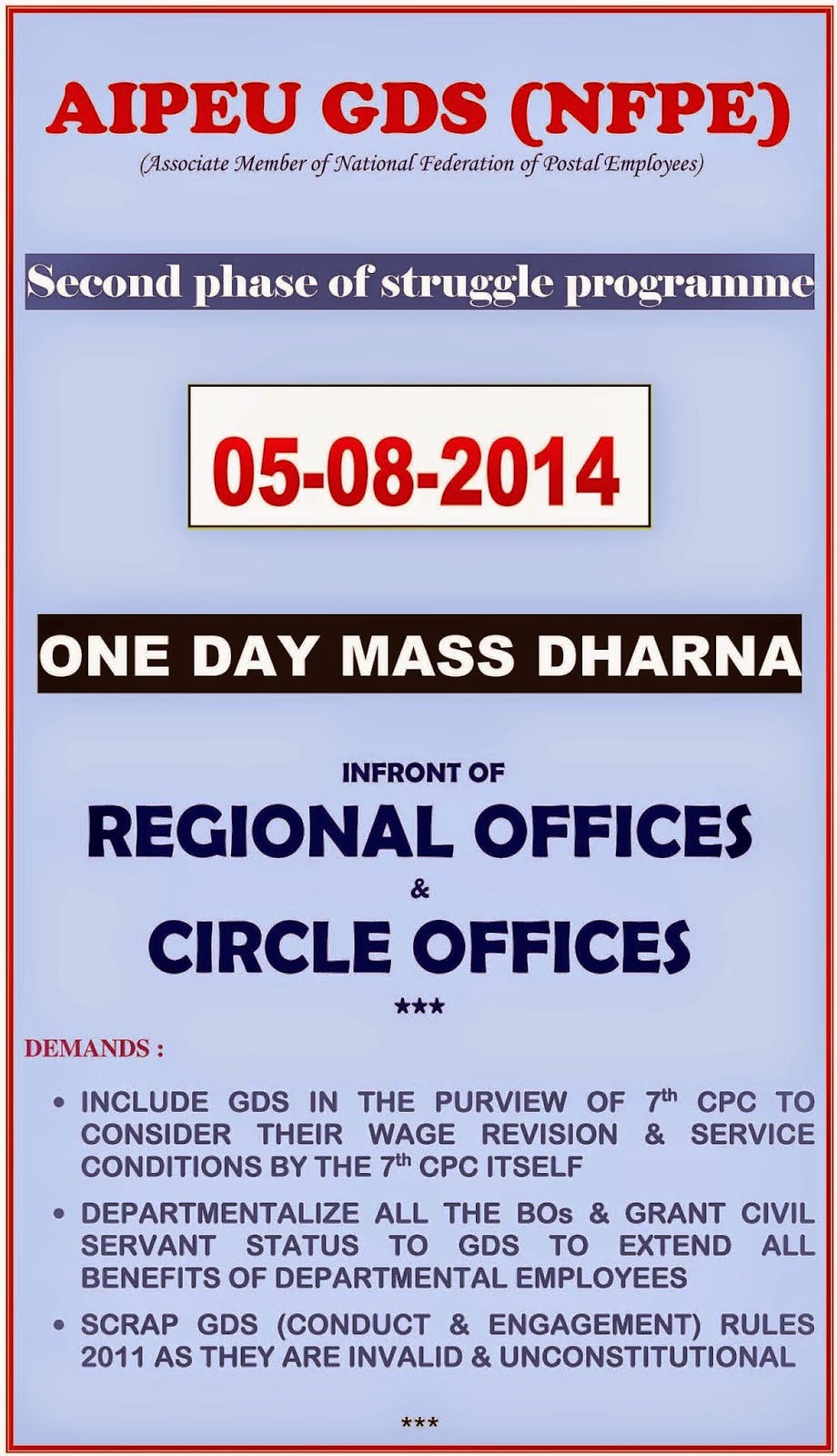 Posted by R.SEETHALAKSHMI at 1:01 PM