A model of the Automated Teller Machine centre to be opened by the Postal Department.
Automated teller machines (ATMs) are no longer the monopoly of the banking sector. A year ago, the Postal Department too introduced the machine to its customers as part of a modernisation programme. The district will shortly join a select group of places in the country to house ATMs of the department.
In the initial phase, ATMs will be installed at the GPO in the city and sub post offices at Poojappura, Neyyattinkara, and Attingal. The facility will be provided in some other post offices in the city and also at Kottarakara, Alappuzha, Kottayam, Ernakulam, Thrissur, Palakkad, Kozhikode and Kannur later. Work had commenced to set up the machines at the GPO and Neyyattinkara, Assistant Postmaster General, Kerala Circle, K.V Vijayakumar told The Hindu. The machine would become functional within a month, he added
Initially the facility would benefit 11.77 lakh postal savings account holders in the city and after the ongoing Core Bank Solution process initiated by the department gets integrated with other banks, it would become interoperable giving access to bank account holders too.
The core banking facility enables customers to operate their accounts and avail themselves of account-elated services from any of the networked post offices. It would also provide postal saving account holders online banking and mobile banking facilities, Officer on Special Duty, Kerala Circle, Ravindranath, said.
The department’s scheme of transferring money instantly through mobile phone, he said, was getting good patronage with nearly 200 people using the facility monthly. “When we launched the scheme a year ago, there were not many takers. In the first three months, the number of people opted to use the facility was below 10. Now, we were able to carryout more than 200 transactions every month,” Mr. Vijayakumar said.
Saturday, July 5, 2014 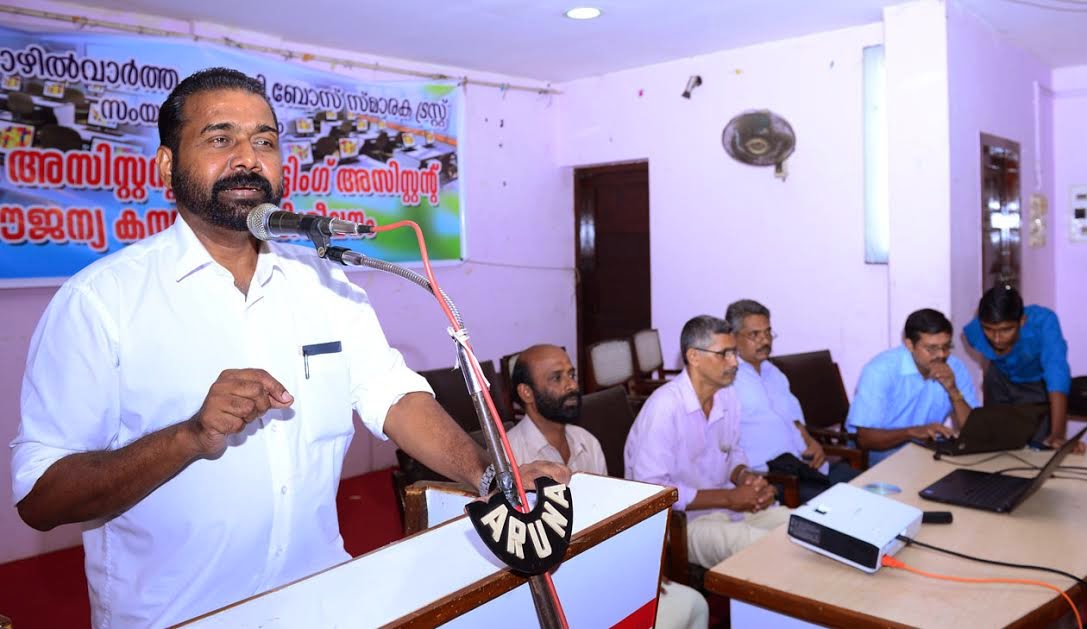 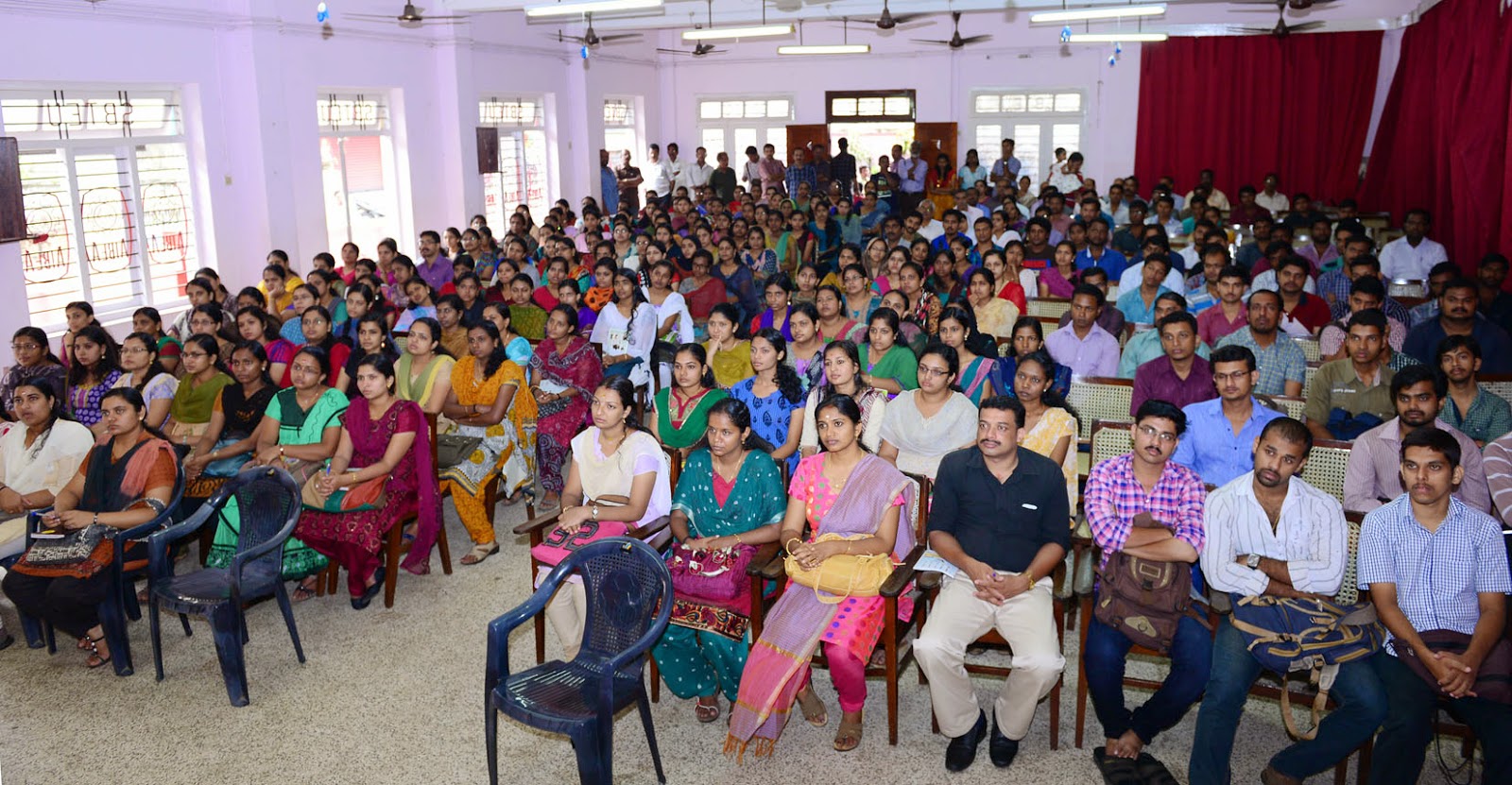 Clarification in respect of Casual Labourers working in the Department in compliance of Hon'ble Supreme Court judgement in Uma Devi Case -reg. 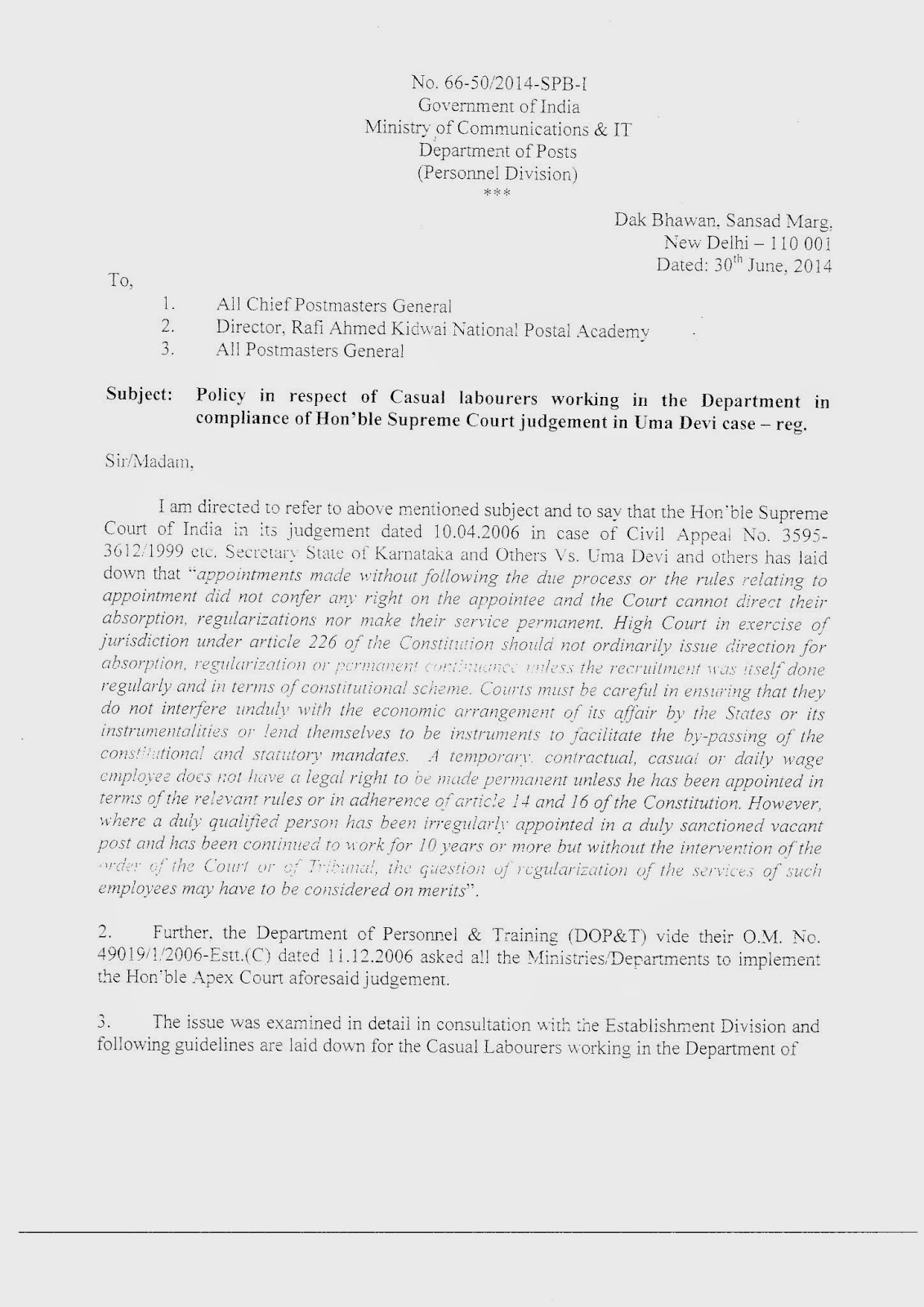 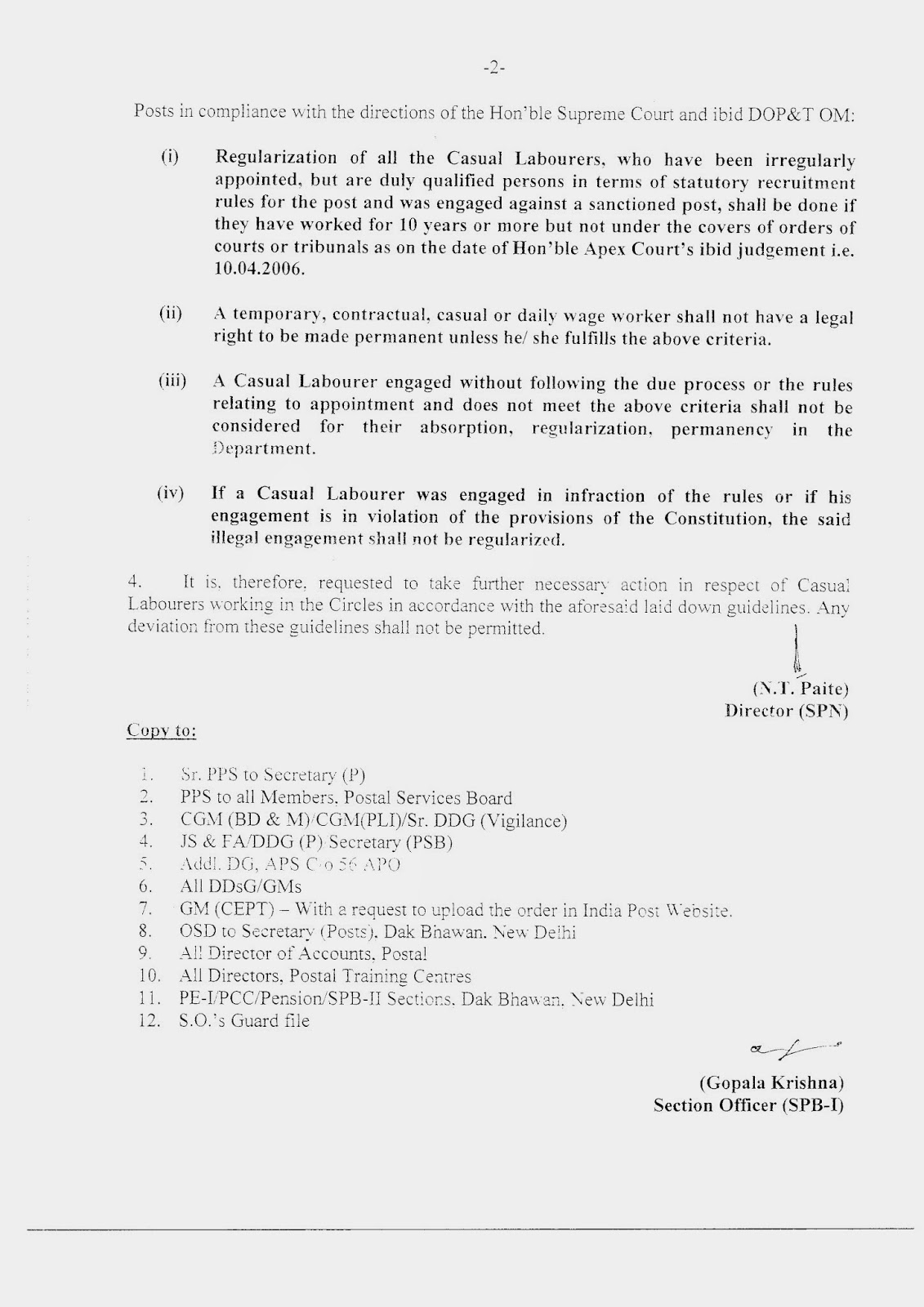 Bharat Pensioners Samaj has pointed out Government’s mis-interpretation of Hon’ble Princpal CAT’s Order for revising Pre-2006 Pension with effect from 01-01-2006, to the effect that the order would be applicable only to the petitioners who have filed the case before CAT and not to all Pre-2006 Pensioners. However, the contention of Bharat Pensioners Samaj in this regard is that Hon’ble CAT’s Order was confirmed by Hon’ble High Court and reached finality after Hon’ble Supreme Court dismissed Government’s SLP, Review Petition and as well as Curative Petition. Hence the same is not an order In personam

3. On 15.05.2014, the Hon’ble CAT-PB disposed of Contempt Petition No 158/2012 directing the UoI to implement the directions of the Tribunal Honble Delhi High Court upholding the verdict of CAT PB, took note of DOP letter F.No. 38137/08-P&PW (A) dated 28th January, 2013 whereby the pension of all pre-2006 pensioners was stepped up from an arbitrary date of 24-9-2012 as per the Resolution dated 29-8-2008. Further in Para 2 & 3 of the Judgement it is noted that the Government of India has tacitly admitted that it was in the wrong and that the Tribunal is correct and the only issue that survives are the denying arrears to be paid to the pensioners with effect from January 01, 2006

4. The operative part of the Honble CAT’s order dated 15-5-2014 is contained in Para 3 and reads as “It would be appropriate to dispose of the matter with direction to the respon-dents to implement the directions of the Tribunal expeditiously, preferably within three months.” (Emphasis added). The direction of the Tribunal is with reference to its order dated 1-11-2011. The Hon’ble CAT never diluted its order dated 1.11.2011 nor could it have done so in its contempt jurisdiction especially when its order dated 1.11.2011 had got merged with the judgment dated 29.4.2013 of the Hon’ble Delhi High Court in WP (C) No. 1535/2012.

4.1 Consequently, contention of implementing this directive only in respect of the members of the SAG S-29 Association up to the date of filing of OA No. 06550010 is not valid. All retired Central Government employees covered under the category of pre-2006 pensionersare entitled for re-fixation of pension from 1-1-2006 as per the directive of the CAT-PB dated 1-11 -2011, which has been upheld right up to the Apex Court while dismissing SLP/Review petition/curative Petition in this case.

5. We, therefore, earnestly request you to please implement judicial verdict in its true spirit and content by issuing necessary instructions to the concerned authorities to disburse the arrears of pension tor the period 1-1-2006 to 23-9 2012 and stop further harassment and hardship to the aged pensioners in 70s and 80s (and a number of them being above 80-85 years at age) in their sunset years. For this, all that is required is to issue a corrigendum to your OM No 38140/12-P&PW(A) dated 28-1-2013 making it effective w.e.f. 1-1-2006.

Thanking you in anticipation.

Posted by R.SEETHALAKSHMI at 1:40 PM