REDESIGNED NETWORK UNDER (MNOP) FOR REGISTERED AND UNREGISTERED MAIL. REVIEW OF BAG CLOSING PATTERN REGARDING.

GOVERNMENT OF INDIA
MINISTRY OF COMMUNICATIONS AND INFORMATION TECHNOLOGY
LOK SABHA
UNSTARRED QUESTION NO 490
ANSWERED ON 14.07.2014
GRAMIN DAK SEWAKS
490 . Shri RAM TAHAL CHOUDHARY
(c) the corrective steps taken/being taken by the Government in this regard?ANSWER
Will the Minister of COMMUNICATIONS AND INFORMATION TECHNOLOGY be pleased to state:-

(a) No, Madam, They are not eligible.


(b) Gramin Dak Sevaks are not regular govt. employees. They are part time workers and are governed by a separate set of Conduct and Engagement Rules. They do not form part of theregular civil service. They are engaged for only 3-5 hours daily work. It is mandatory for them to have an independent source of livelihood before being engaged as Gramin Dak Sewak. Hon’ble Supreme Court in the case of Union of India and Others vs. Kameshwar Prasad 1998 SCC (L&S) page 447 held that P&T Extra Departmental Agent (C&S) Rules, 1964 are a complete code governing service, conduct and disciplinary proceedings against Extra Departmental Agents [now called Gramin Dak Sevaks]. On discharge from service on attaining the age of 65 years or on death, Gramin Dak Sevaks [GDS] are paid Ex-Gratia Gratuity and Severance Amount as approved for them by the Cabinet.

(c) Does not arise in view of reply to (b) above

To view the points on which information is likely to be collected from all Ministries by 7CPC, please CLICK HERE. 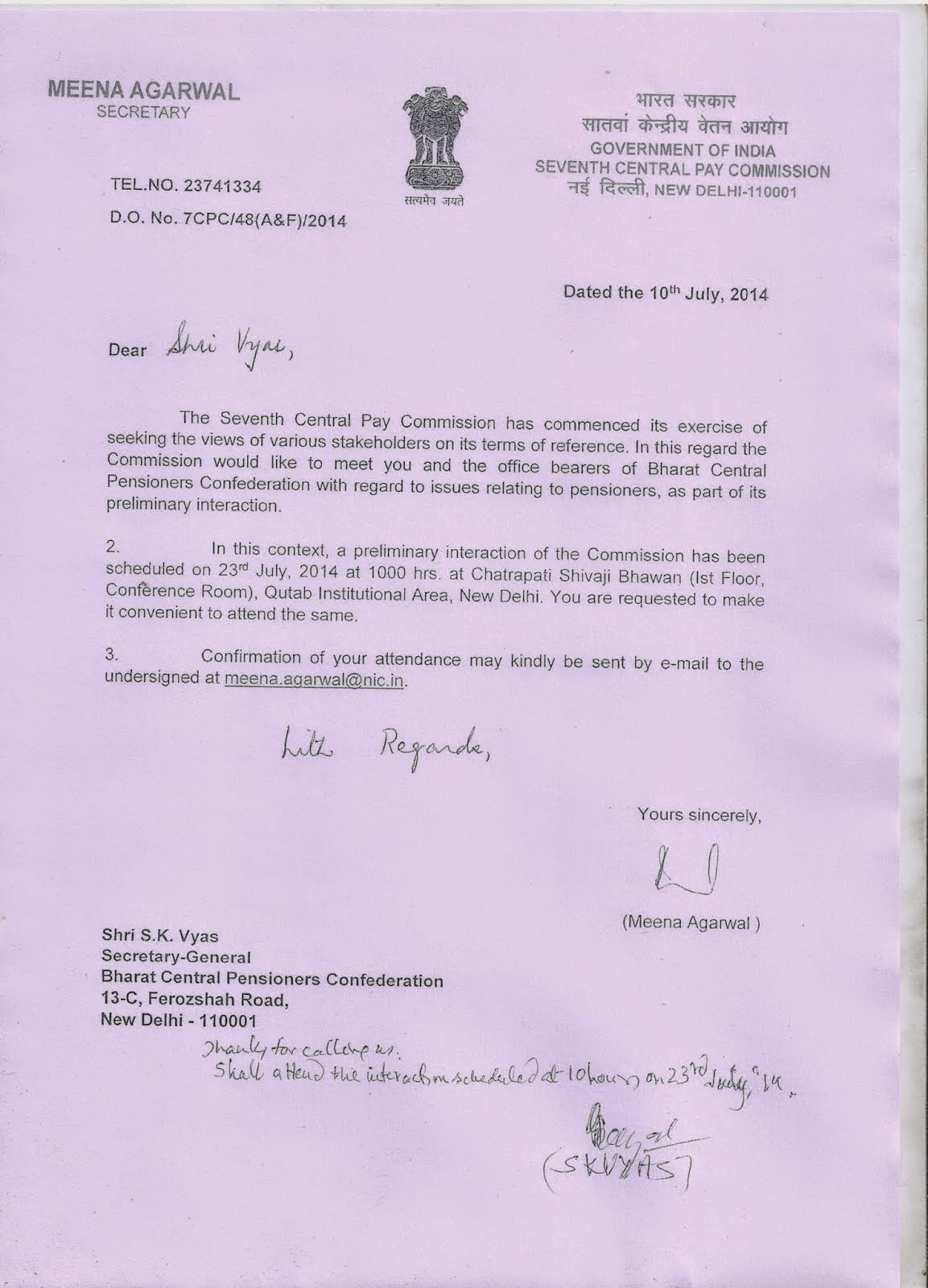 List of Holidays for Central Government offices 2015
Click Here
Clarification of CGHS rates on 2014 which have been placed on CGHS website for information and acceptance only
CLICK HERE FOR DETAILS
Posted by NFPE at 3:55 P


CLICK HERE FOR DETAILS
Narendra Modi to reach out to Govt. Employees' on Independence Day
Prime Minister Narendra Modi has asked for an exhaustive Central database of all Central and state government employees. The creation of the database, which will have the phone numbers and email addresses of all employees, is already underway, and will be first used on Independence Day when Modi's speech is directly sent to the employees by mail and messages.
The prime minister would like his maiden speech from the Red Fort to be directly communicated to one crore government employees, such as school teachers, village sarpanches, healthcare workers etc, in the farthest corners of the country. Most of these are not tech-savvy, Internet users and so frenetic efforts are under way to implement Modi's intent, said government sources.
The government has therefore initiated the process of creating the first-ever countrywide database of central and state government employees and stakeholders. Cabinet secretary Ajit Seth is monitoring the creation of this database after clear instructions by PM Modi. Seth has been meeting officials from all ministries two times every week to monitor the progress.
The National Informatics Centre has created a new portal sampark.nic.in for the purpose. All states, through their districts and block level offices, have been directed to update their data on this website. "The ministries are also coordinating with their state counterparts to compile this data in a time bound manner," said an official.
The National Informatics Centre has so far collected information of 50 lakh teachers, 30 lakh sarpanches, 10 lakh health care workers and two lakh corporators. The prime minister is likely to use the data to connect with all these employees and stakeholders through social media platforms, much as he had done to connect with voters during the 2014 general election campaign, said an insider.
"He intends to do the same now with government employees. It is an exercise to build a bond," the official said.

CWC of AIPSBCO Employees . Association was held at Rajkot (Gujarat)   from 18th July, 2014 under the Presidentship of Com. S.P. Kulkarni. 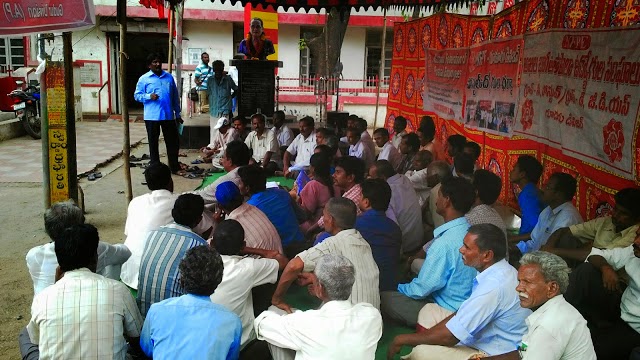 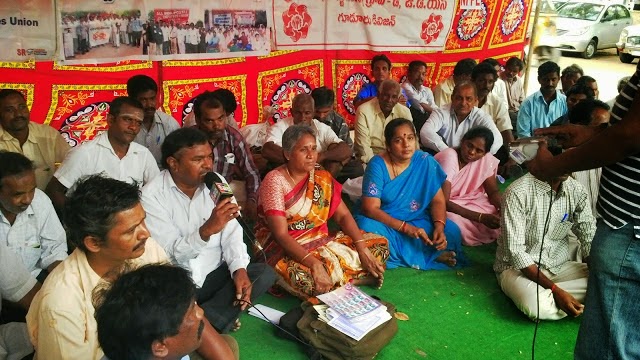 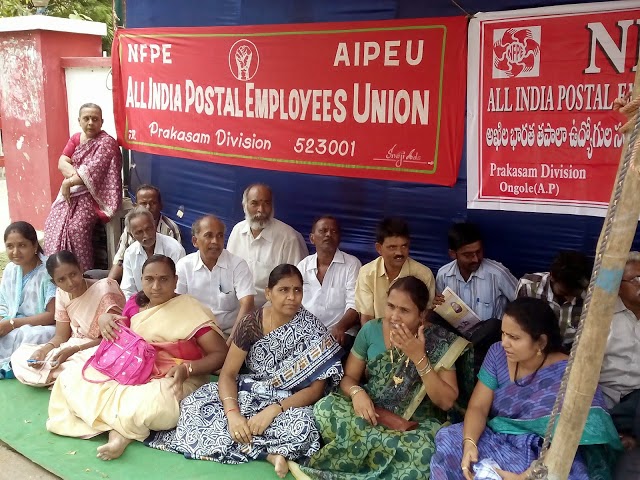 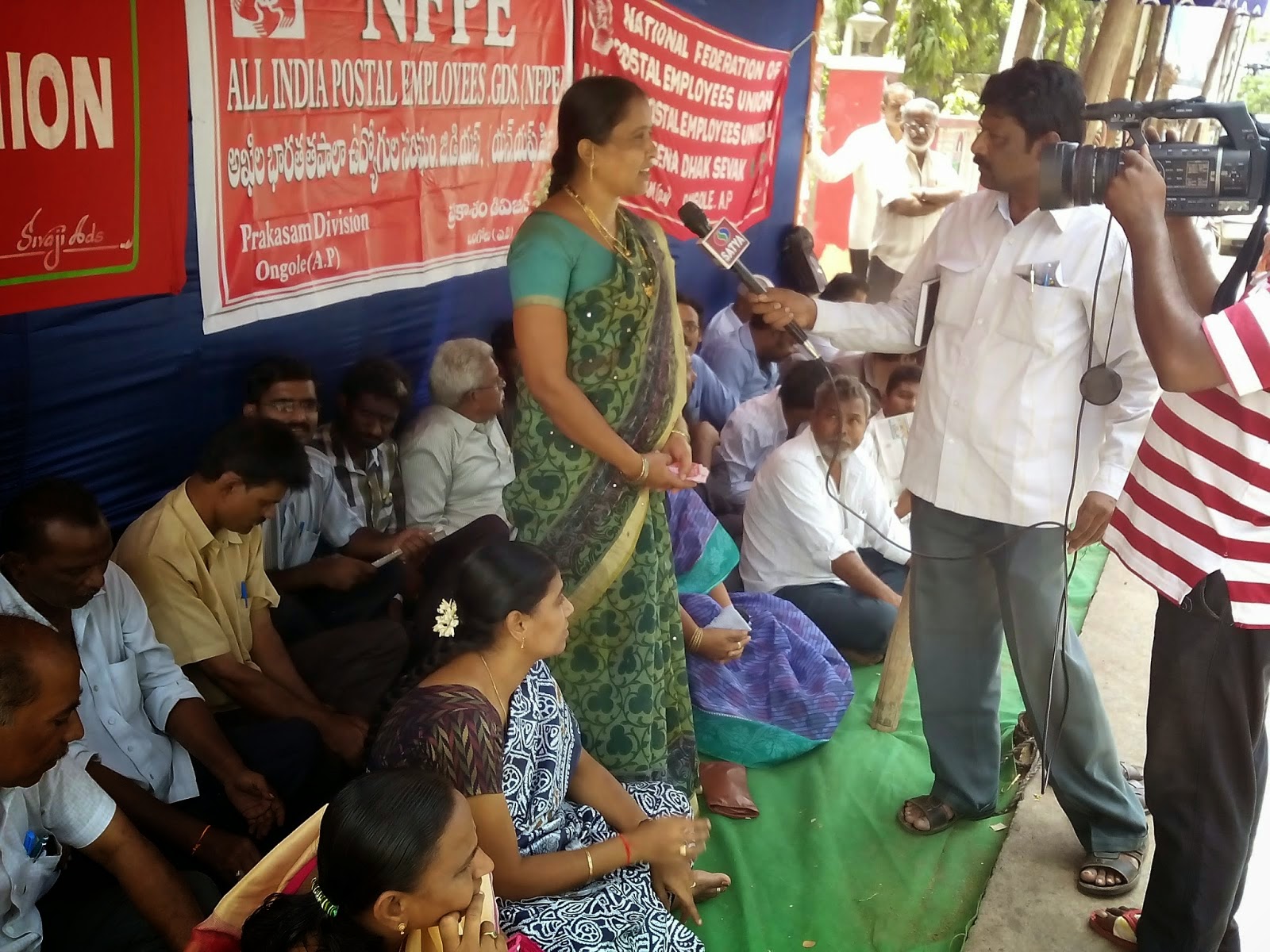 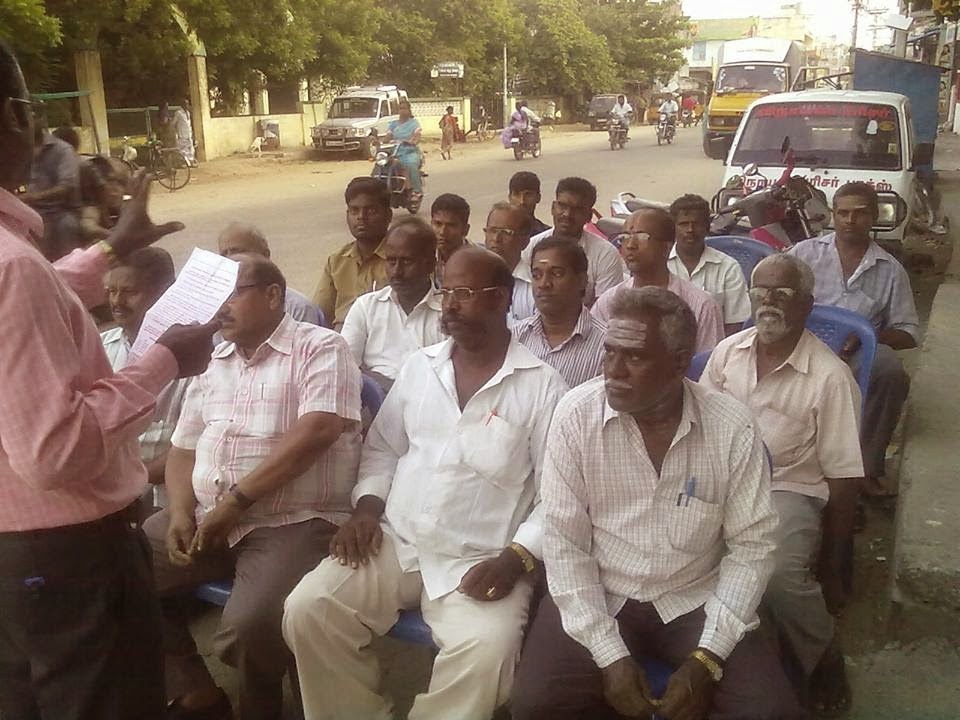 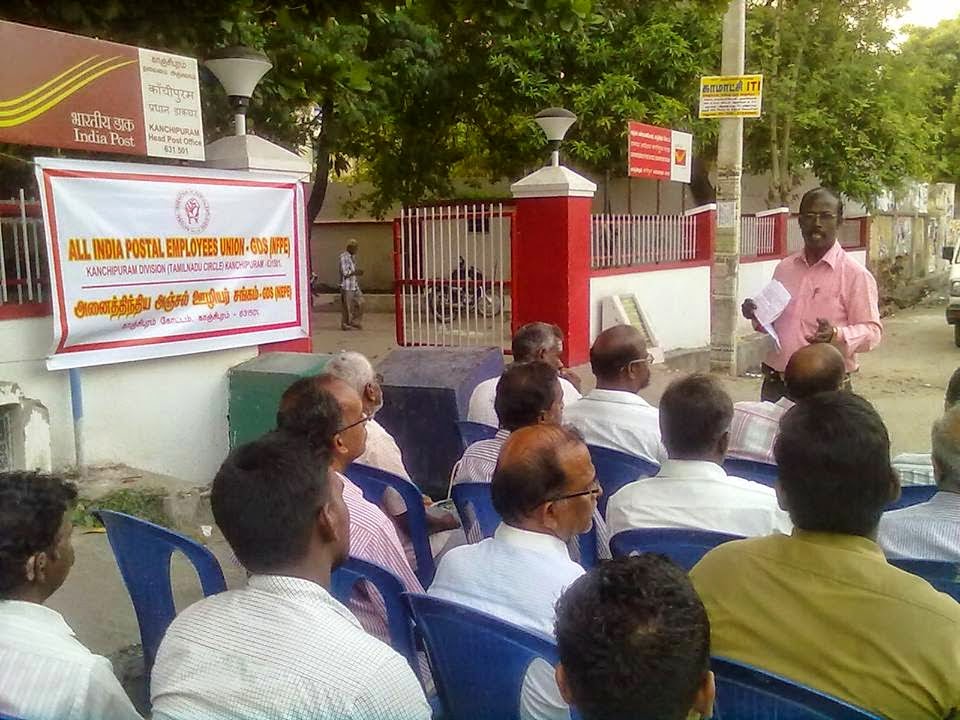 Posted by R.SEETHALAKSHMI at 4:54 PM