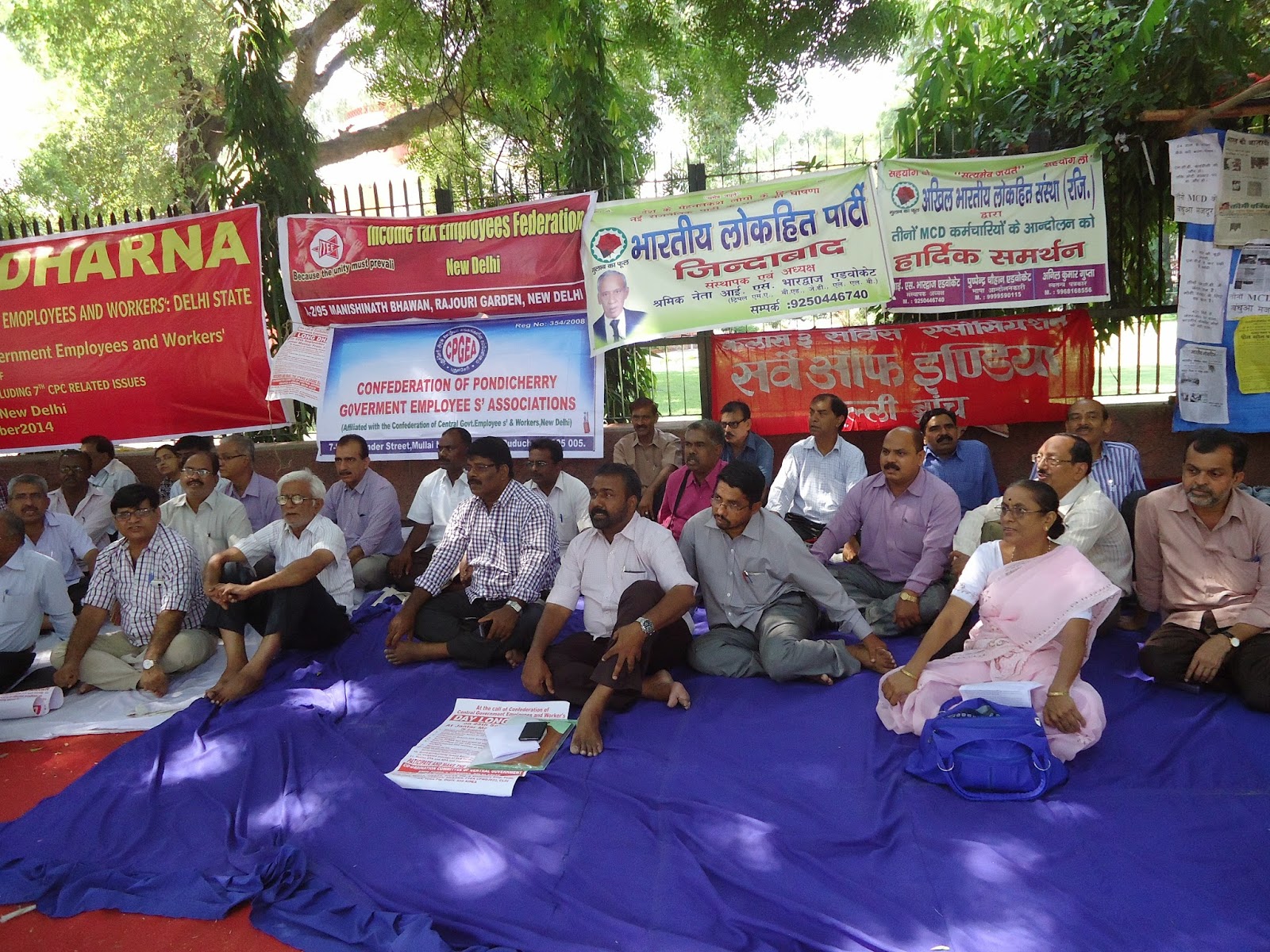 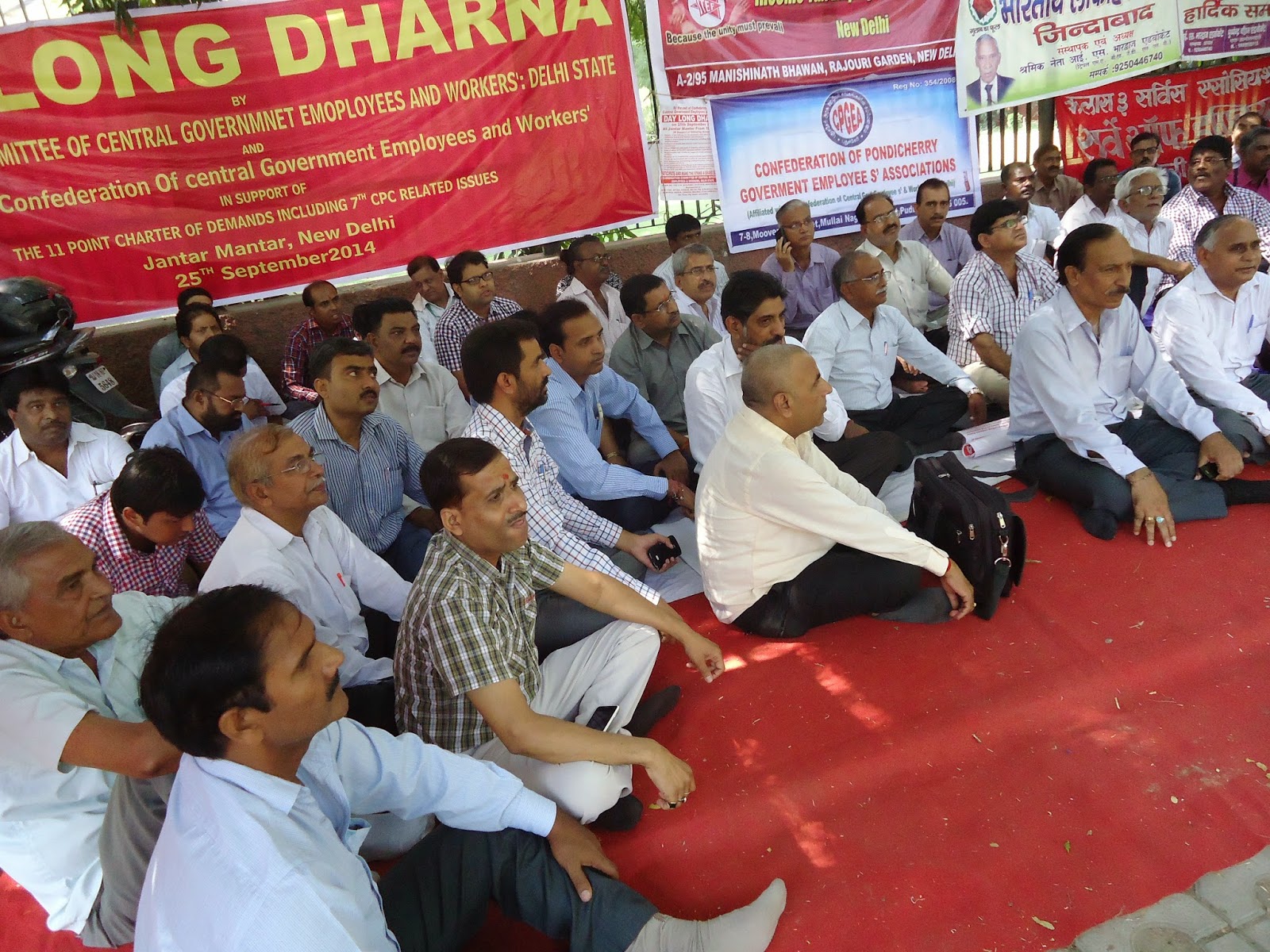 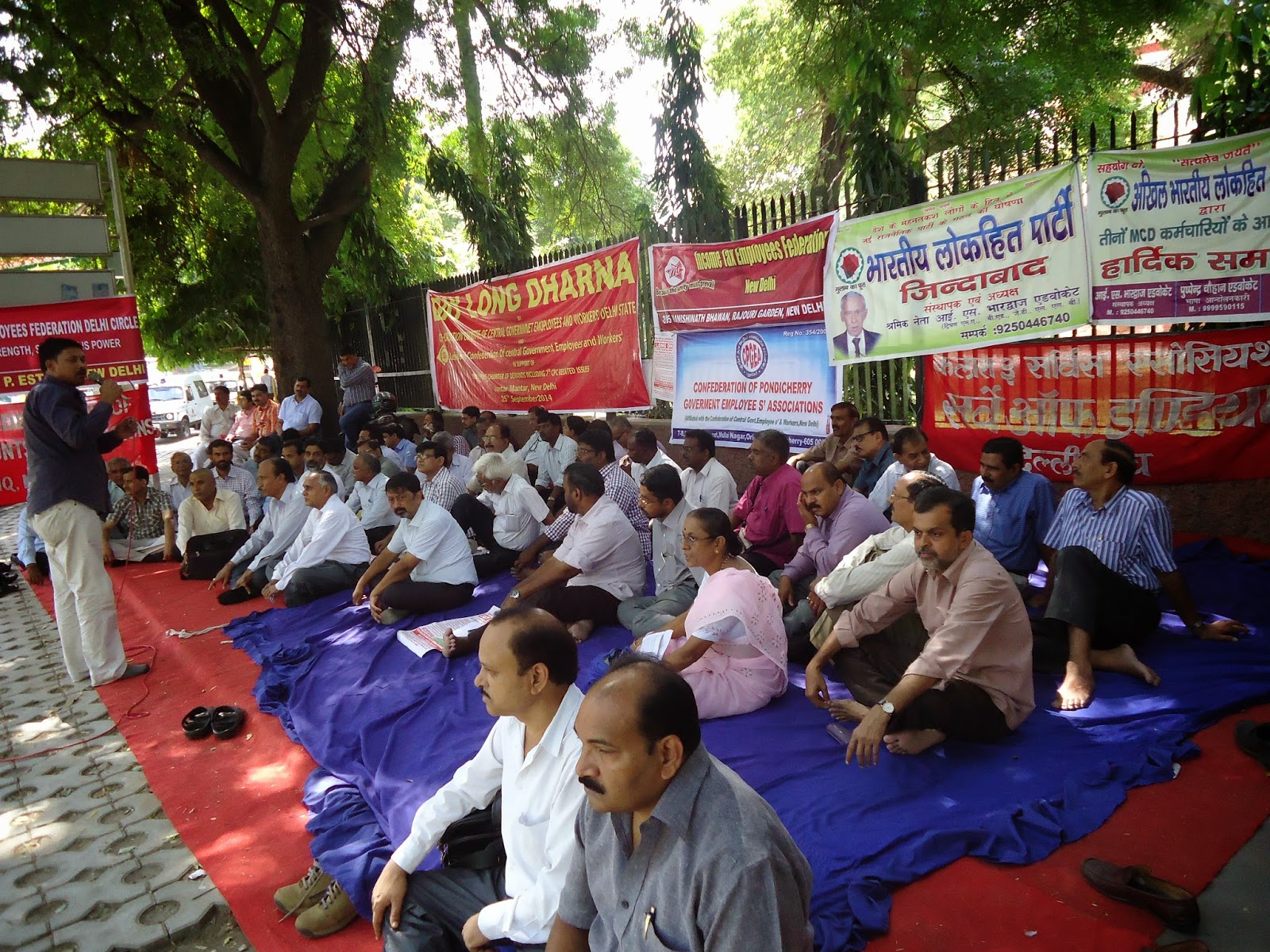 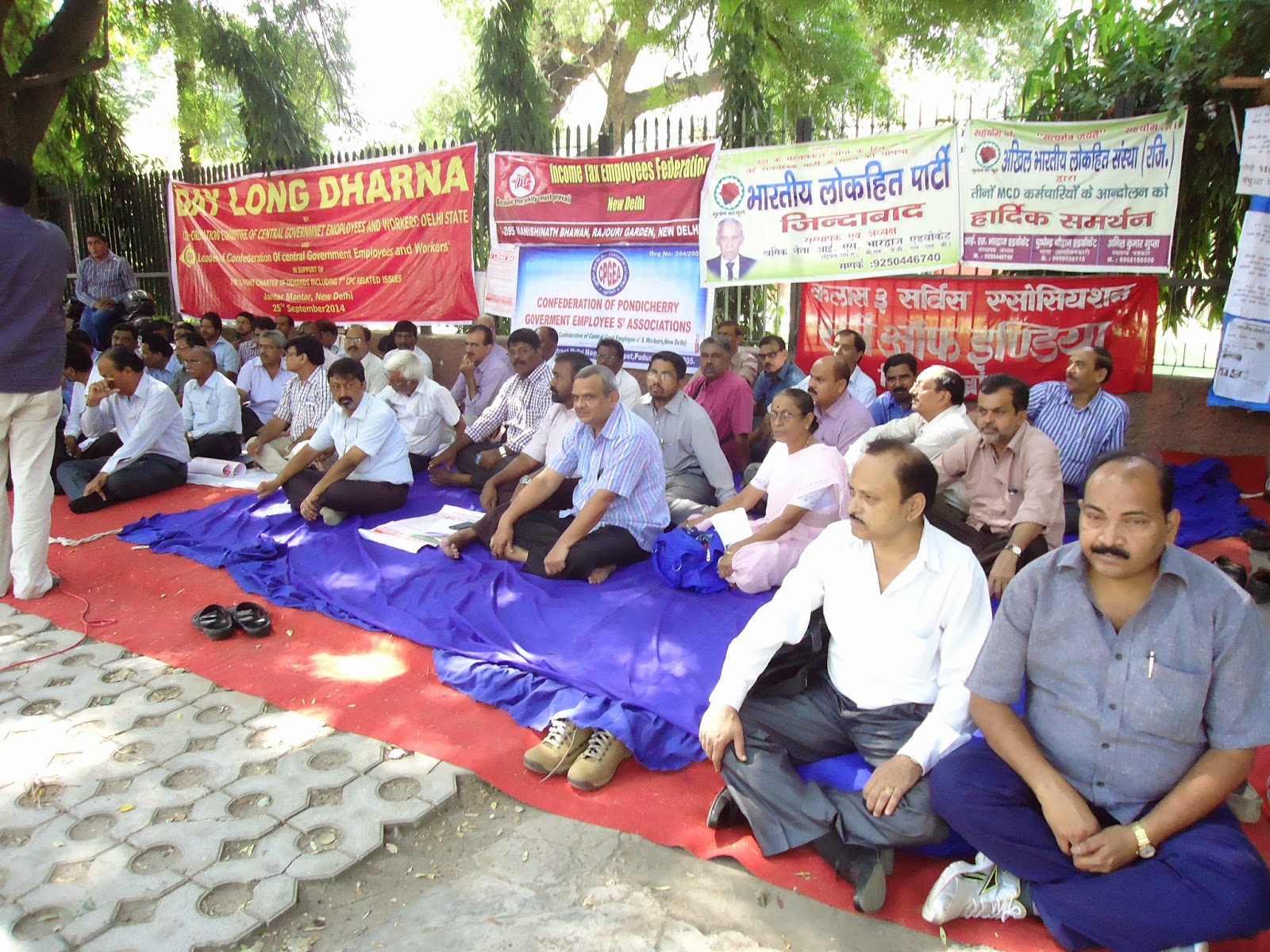 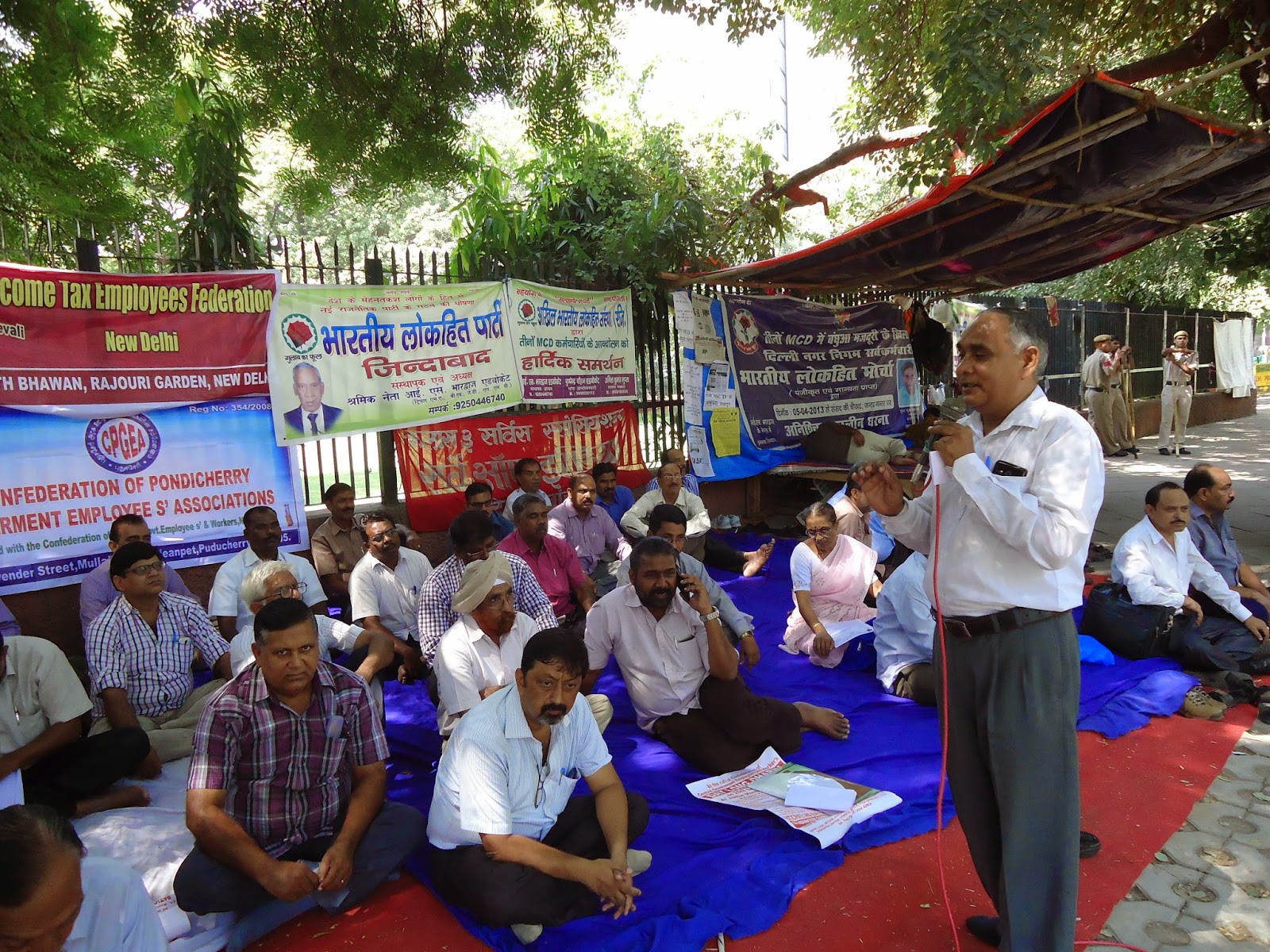 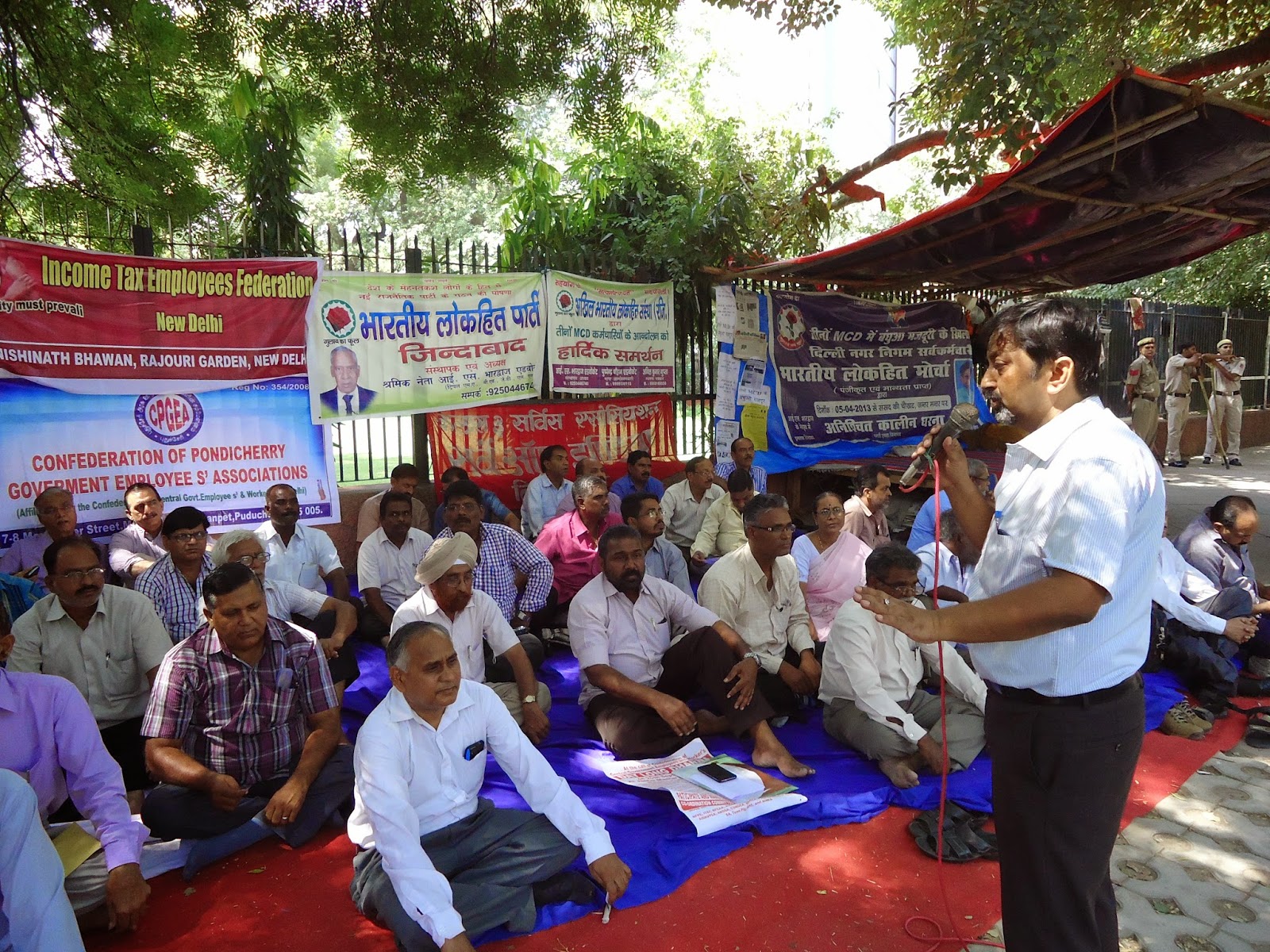 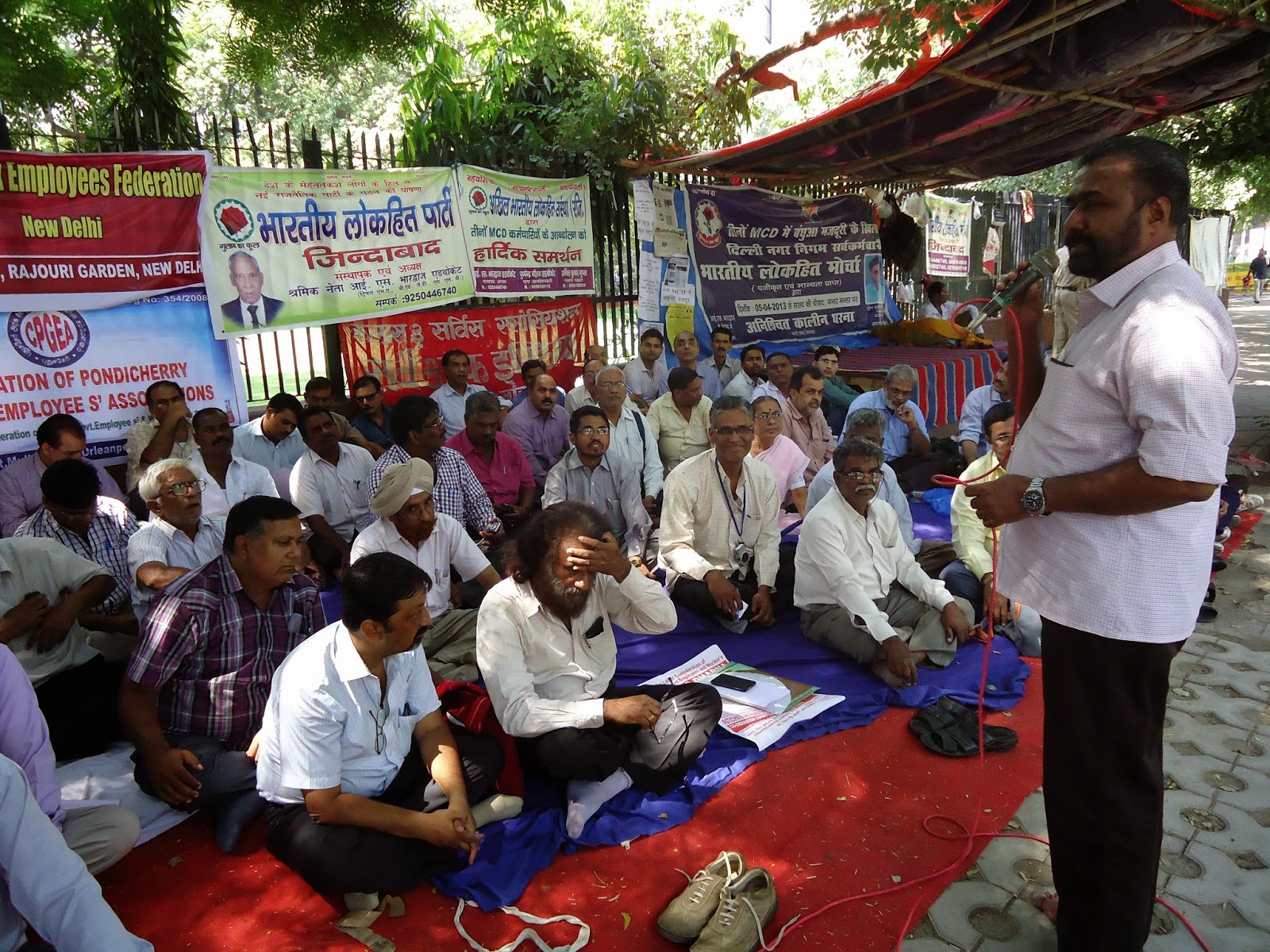 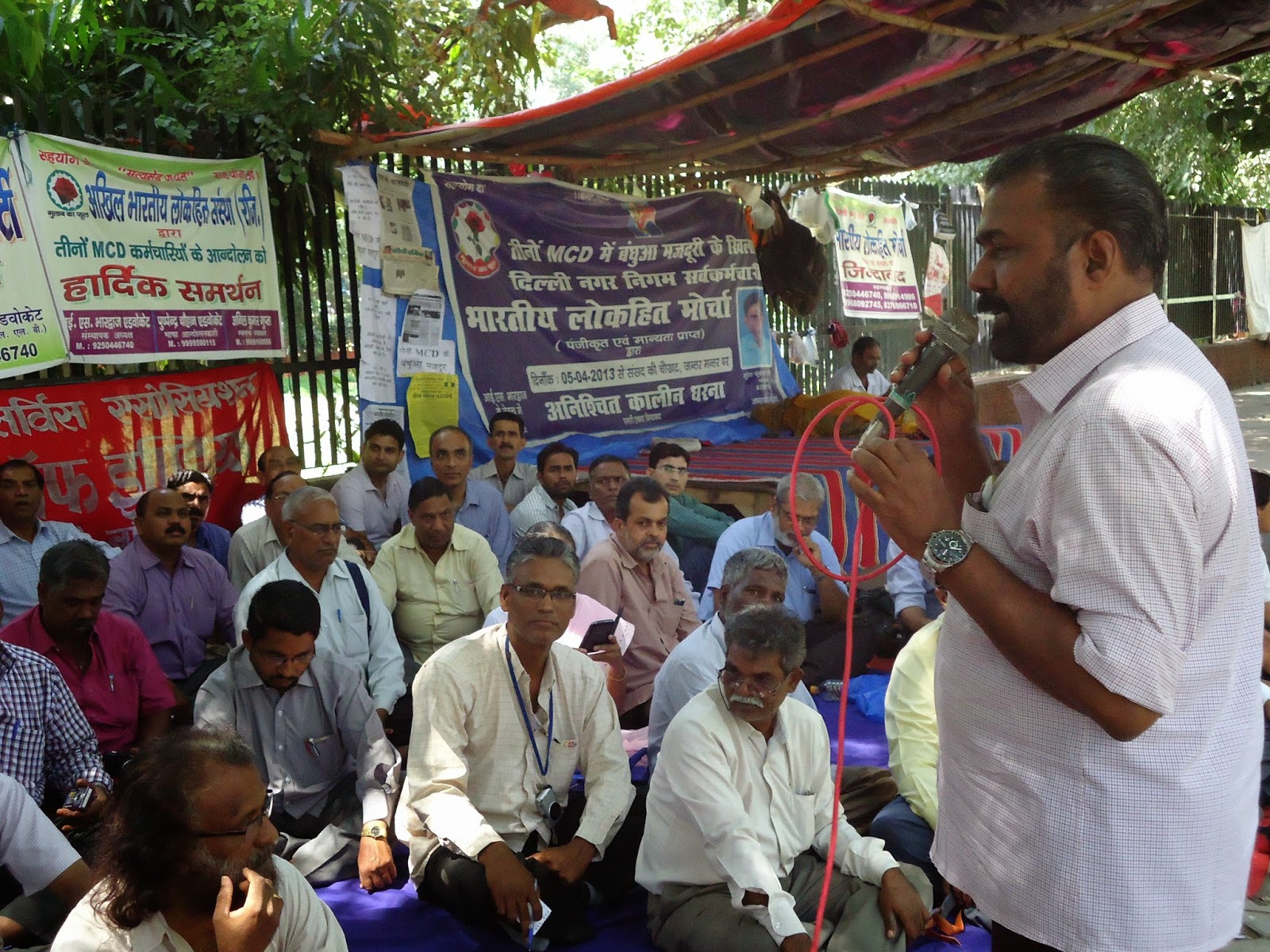 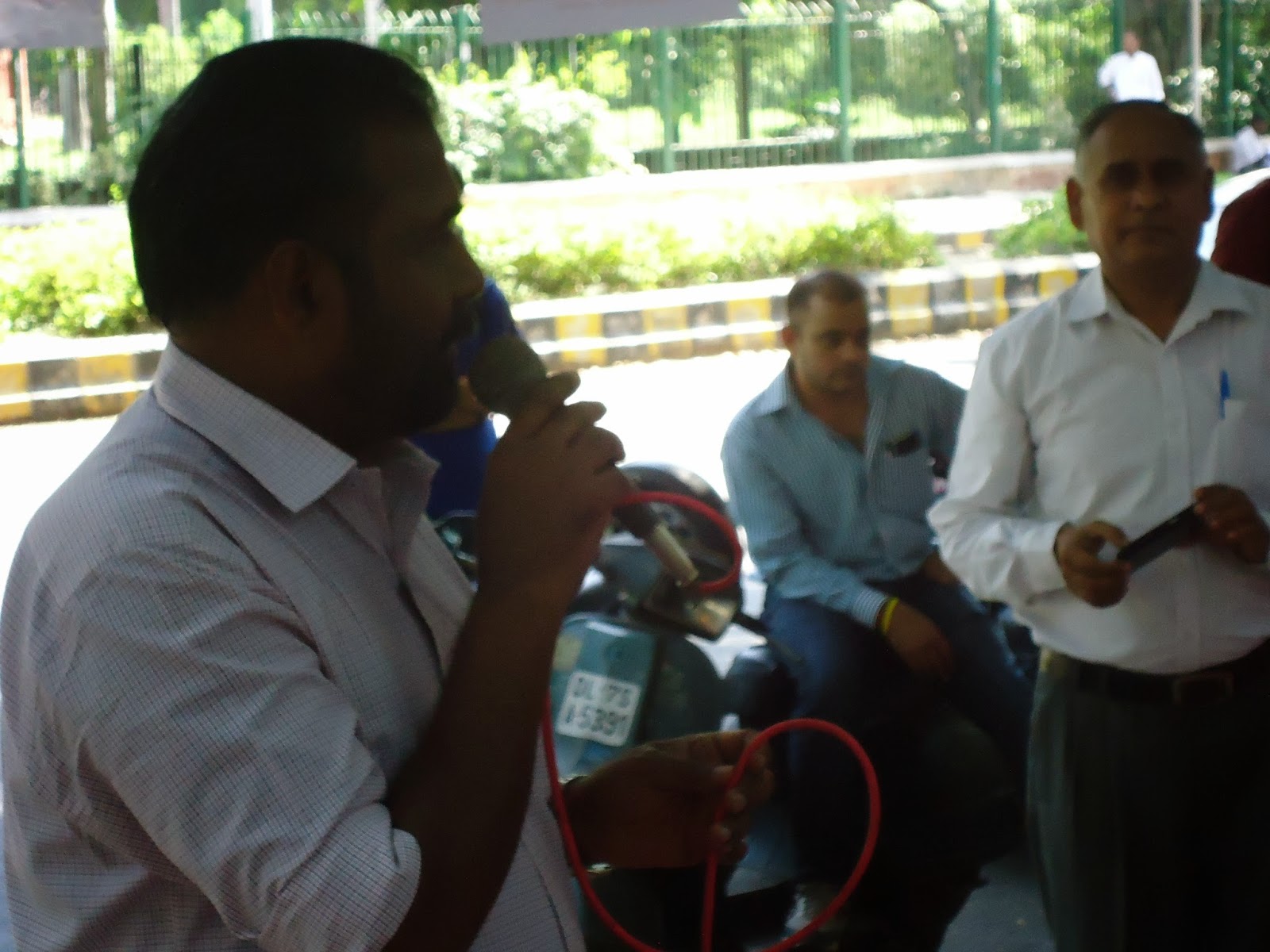 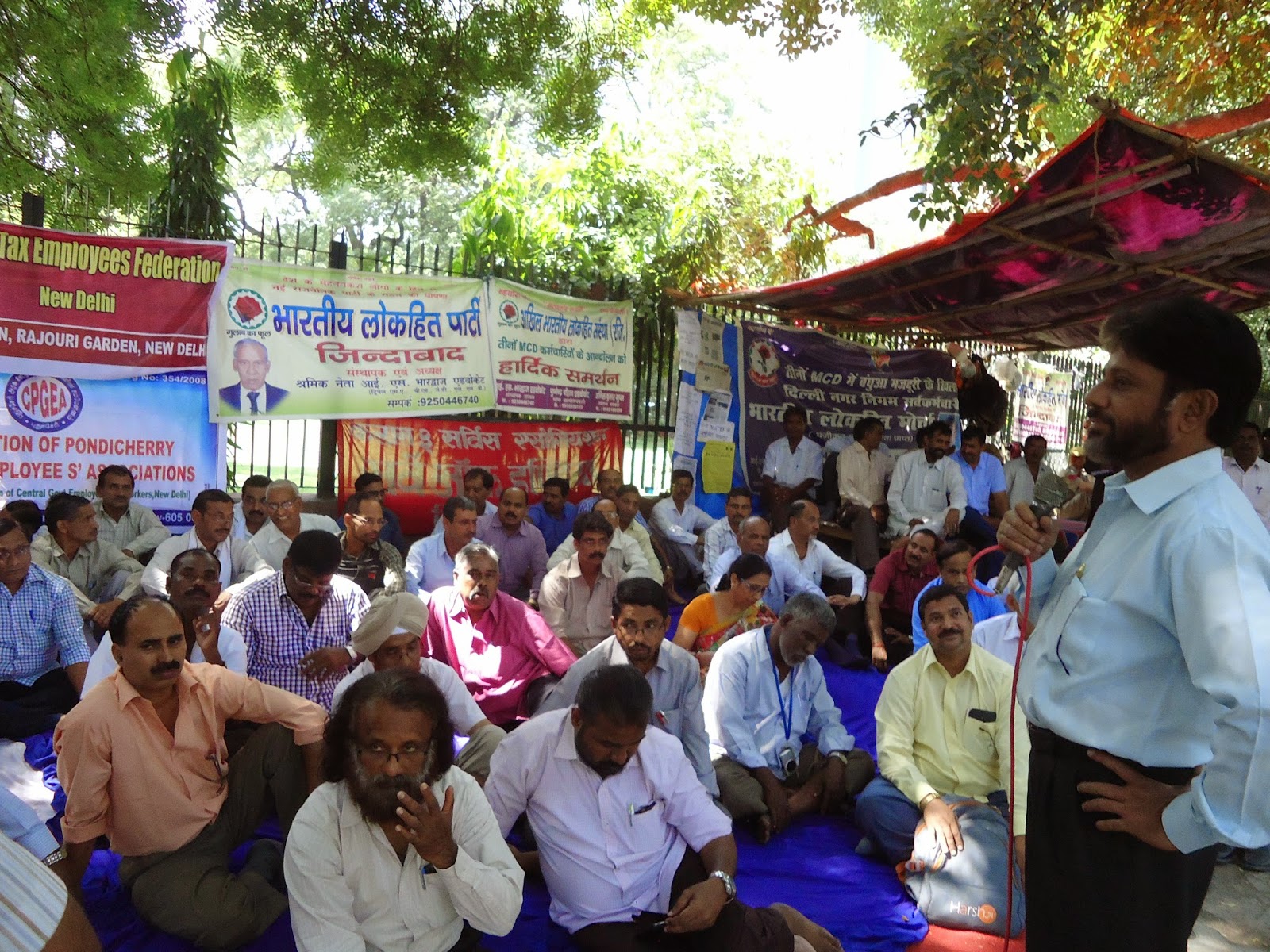 The 7th Central Pay Commission has been receiving a number of memoranda, representations from associations/federations as well as individual cadres on pay and related issues. As part of its working, the Commission is also hearing various groups of employees both in Delhi and during its visits outside Delhi.
2. One of the major issues raised before the Commission centres on the subject of parity. One aspect of parity manifests in how posts of a similar nature are placed. Certain cadres/category of employees have, in their deposition before the Commission, stated that there are cases when identical or similarly placed cadres/categories of employees in different Ministries/Departments are placed differentially in terms of pay and promotional prospects.
3. With a view to examining and addressing this aspect of parity amongst apparently similarly placed cadres/posts, the Commission has devised a template to be filled in for posts being administered by your Department. The template seeks to elicit information that would be readily available in the Recruitment Rules for the concerned post(s)/cadres. In case your Department only operates posts involving common cadres like the Central Secretariat Service (CSS), Central Secretariat Stenographers Service (CSSS), Central Secretariat Clerical Service (CSCS), a NIL report may kindly be furnished to the Commission.
4. Since the Work of the Commission is time bound may I request that information as sought is furnished by 25 September 2014. Perhaps a copy of the RRs themselves could be sent as advance information.
Yours sincerely,
sd/-
(Meena Agarwal)

JCM National Council, Staff Side Meeting on 12th October 2014 - To give final shape and formulate strategy to have vigorous campaign at Grass Root level.

I am directed to refer this office letter of even number dated 09-09-2014 wherein the Limited Departmental Competitive Examination for promotion of LGO to the cadre of PA/SA for the year 2014 to be held on 21st September, 2014 and LDCE for promotion to the cadre of Inspector posts for the year 2014  on 20th and 21st September, 2014 were postponed due to devastating flood situation in J & K State.

2.         Now, it has been decided to hold the above mentioned Examination either on 15th and 16th November, 2014 or 22nd and 23rd November, 2014.  The exact schedule will be communicated shortly after fixing the venues for conducting the IP and LGO Examinations by the Outsourced Agency.

3.         This issues with the approval of the Competent Authority.
Yours faithfully,

A copy each of the Ministry of Finance, Department of Financial Services O.M.No.11/23/2013-PR dated 21.05.2014 and the Pension Fund Regulatory and Development Authority (PFRDA)’s letter No.PFRDA/24/FXIT/10 dated 22.08.2014 is enclosed for information and compliance. These instructions shall apply mutatis mutandis on the Railways also.

Ministry of Health & Family Welfare has now decided to clarify the matter as follows :-

(I) The treatment taken and expenditure Incurred thereon within the grace period of three months from the date of retirement will be allowed and expenditure reimbursable
subject to the condition that the beneficiary has either obtained or applied for CGHS pensioner card with all documents and requisite CGHS subscription within one month of expiry of the grace period of three months.


(ii) It is further clarified that the expenditure on treatment taken after the grace period of three months from date of retirement will not be reimbursable unless the beneficiary has obtained a valid CGHS card or has applied for CGHS pensioner card with all documents and requisite CGHS subscription prior to taking such treatment.

CONFEDERATION STRUGGLE PROGRAMME – THIRD PHASE MASS DHARNA AT JANTAR MANTAR, NEW DELHI ON 25.09.2014 FROM 10:30 AM
Confederation National Secretariat congratulates entire Central Government Employees for making the nationwide agitational programmes a grand success. Submission of memorandum and demonstration on 11.09.2014, Mass Protest Dharnas at all important centres on 19.09.2014, are organised everywhere with larges participation of employees.
Next Phase of programme is Mass Dharna at Jantar Mantar (Parliament Street) New Delhi by leaders and workers of Confederation and all its affiliated organizations.
12 – POINT CHARTER OF DEMANDS IS FURNISHED BELOW
1.      Merger of DA with pay for all employees w.e.f. 01.01.2014 including Gramin Dak Sewaks and Pensioners.
2.      Grant of Interim Relief to all employees including Gramin Dak Sewaks and Pensioners.
3.      Inclusion of Gramin Dak Sewaks under the purview of 7th Central Pay Commission
4.      Scrap PFRDA Act and grant statutory defined pension to all including those appointed on or after 01.01.2004.
5.      Date of effect of 7th CPC recommendation should be 01.01.2014.
6.      Regularisation and Revision of wages of casual labourers and contract workers.
7.      Removal of 5% condition for compassionate appointment.
8.      Fill up all vacant post and creation of New Post wherever justified.
9.      Stop Downsizing, Outsourcing, Contractorisation and Privatisation of Government function.
10.   Grant productivity Linked Bonus to all without ceiling; Computer bonus as weighted average of PLB for those not covered by PLB agreement.
11.   Revise OTA and NDA and implement arbitration awards.
12.   Settle all pending anomalies of 5th and 6th Pay Commission.
Confederation National Secretariat will meet on 26.09.2014 to decide further course of action.
(M. Krishnan)
Secretary General
Confederation
Mob: 09447068125

Guidelines on implementation of suo-motu disclosure under Section 4 of RTI Act, 2005-Compliance of.

Click here to view order
Posted by R.SEETHALAKSHMI at 5:03 PM